Barnard\'s Star The Movie Now 11 Years in the Making

This is my annual update of Barnard\'s Star\'s annual motion through space at about 10.3 arcseconds per year. The images were all taken in the summer, usually July but not on the exact same date though the difference is barely noticeable. Seeing differences are a different story. So is transparency. Some nights were simply better, by far than others. Also when I started it wasn\'t with a movie in mind so exposure times varied. The image for this year, taken on July 16, 2017, was the best night of the 11 nights and it shows. Both seeing and transparency were much better than any of the other 11 nights. In fact, I toned down the image quite a bit (about 50%) and it is still deeper and sharper than the other nights. The exposure times below are for 2017, I didn\'t look up the others. Barnard\'s Star is the bright orange star in the center. It is actually a tiny red dwarf only 0.35% as bright as our sun (including infra red -- it\'s only 0.04% as bright in visible light) that only appears bright because it is only because it is just under 6 light-years from us. It is getting closer and will eventually be closer than Proxima Centauri is today but that\'s centuries in the future. Even then it will still be too dim to see without a good pair of binoculars if you know right where to look.

I normally use my astronomy club\'s website for the animated GIF image but I was unable to do so for some reason. Instead, this year\'s image is in a public Dropbox account. This isn\'t my site but one a book publisher allows me to use. As I have no control it may vanish at any time. Thus I recommend you save this rather than relying on the link forever. 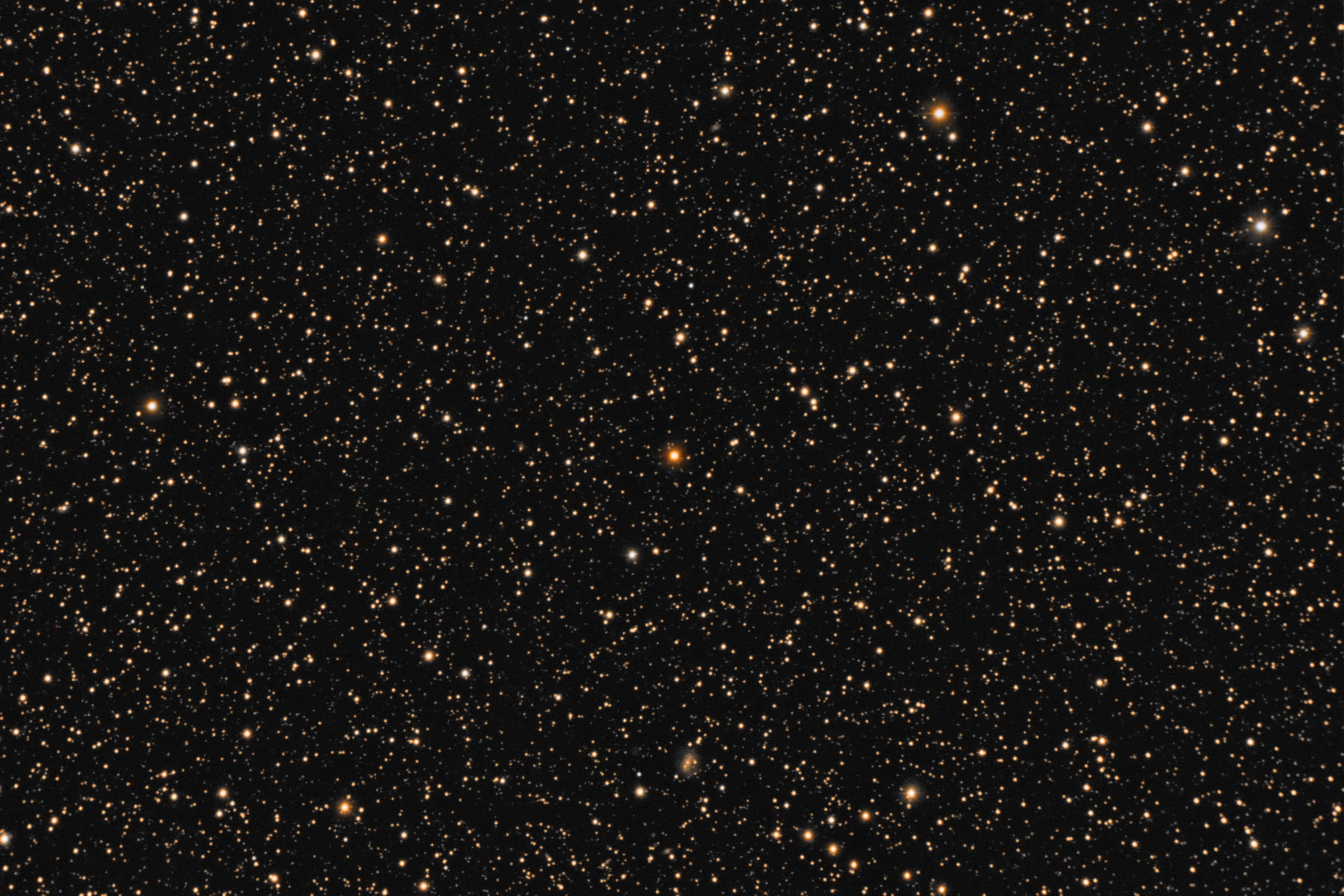