BERKELEY 23 is an open cluster between the feet of Gemini. I found two schools of thought on it. WEBDA says it is 22,550 light-years from us, 800 million years old and reddened by 0.4 magnitudes. A paper on it doesn\'t give its distance from us but only from the core of the galaxy. They give that distance as 43 to 46 thousand light-years. It goes on to say it is 1,600 to 2,000 light-years above the plane of the galaxy. The paper gives an age of 1.1 to 1.3 billion years for the cluster.

The cluster is about opposite the core of the galaxy so given we are about 25,000 light-years out and WEBDA puts it 22,550 light-years from us that would make it about 45,000 light-years out from the core allowing a bit for the alignment not being perfect. A pretty good agreement with the paper. The problem comes with its age which the paper puts at 300 million to 500 million years older than WEBDA\'s estimate. The paper admits they had a hard time separating true cluster member from field stars. I\'d assume whatever source WEBDA used had the same issue. How each dealt with it may have something to do with the difference. Also, I didn\'t find any reddening estimate for the paper. From their methods used I doubt that they needed to estimate that for their age determination. In any case, it is a middle age cluster as many are already disrupted by even the time of the earlier age estimate. But being so far out it wouldn\'t be subject to strong tidal forces. It likely can survive several billion years more unless it makes close passed by the galaxy\'s core.

Being seen through the distant Milky Way, dust and gas limit the galaxies in the field. Few studies are made of galaxies in this area. Still with only 0.4 magnitudes of reddening distant galaxies are visible in the image. All are from the 2-micron survey which can see through our galaxies dust and gas. Only galaxies rich in the IR wavelengths of the 2-micron survey were picked up. None had redshift values so normally I\'d not even annotate them but there were so few I decided to do so anyway, including their long positional names as none overlapped. Many more are seen in the image. They apparently don\'t have the required IR emission to make the 2-micron survey and no others were listed at NED covering the area.

The night this was taken was so cold when I turned on the camera it reported the chip was already at -39C! I set cooling for -45C and turned off the unneeded fan. Cooling power was never more than 5%. I was tempted to see what the camera did at say -75C but not having and darks for that temperature I didn\'t try it. 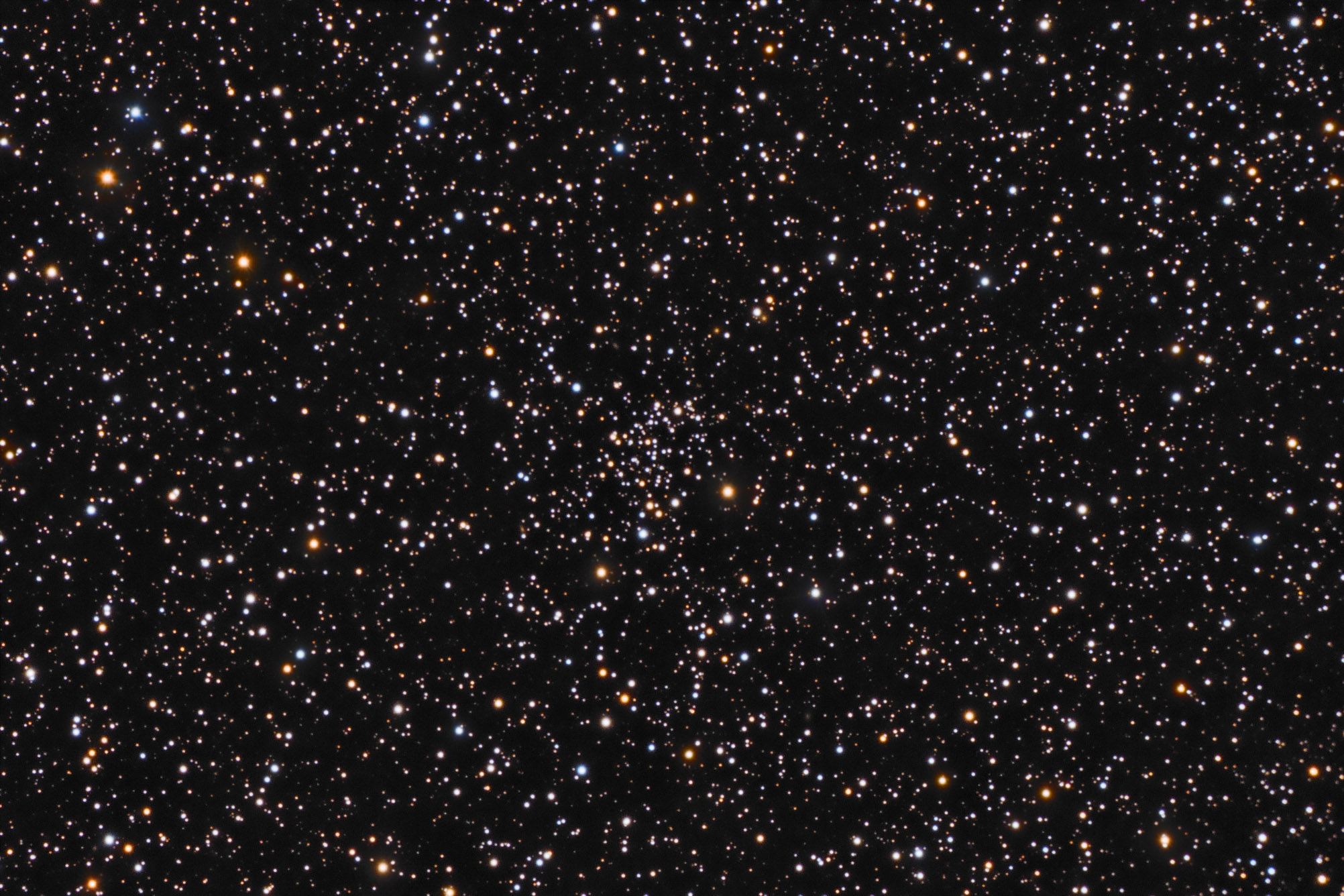 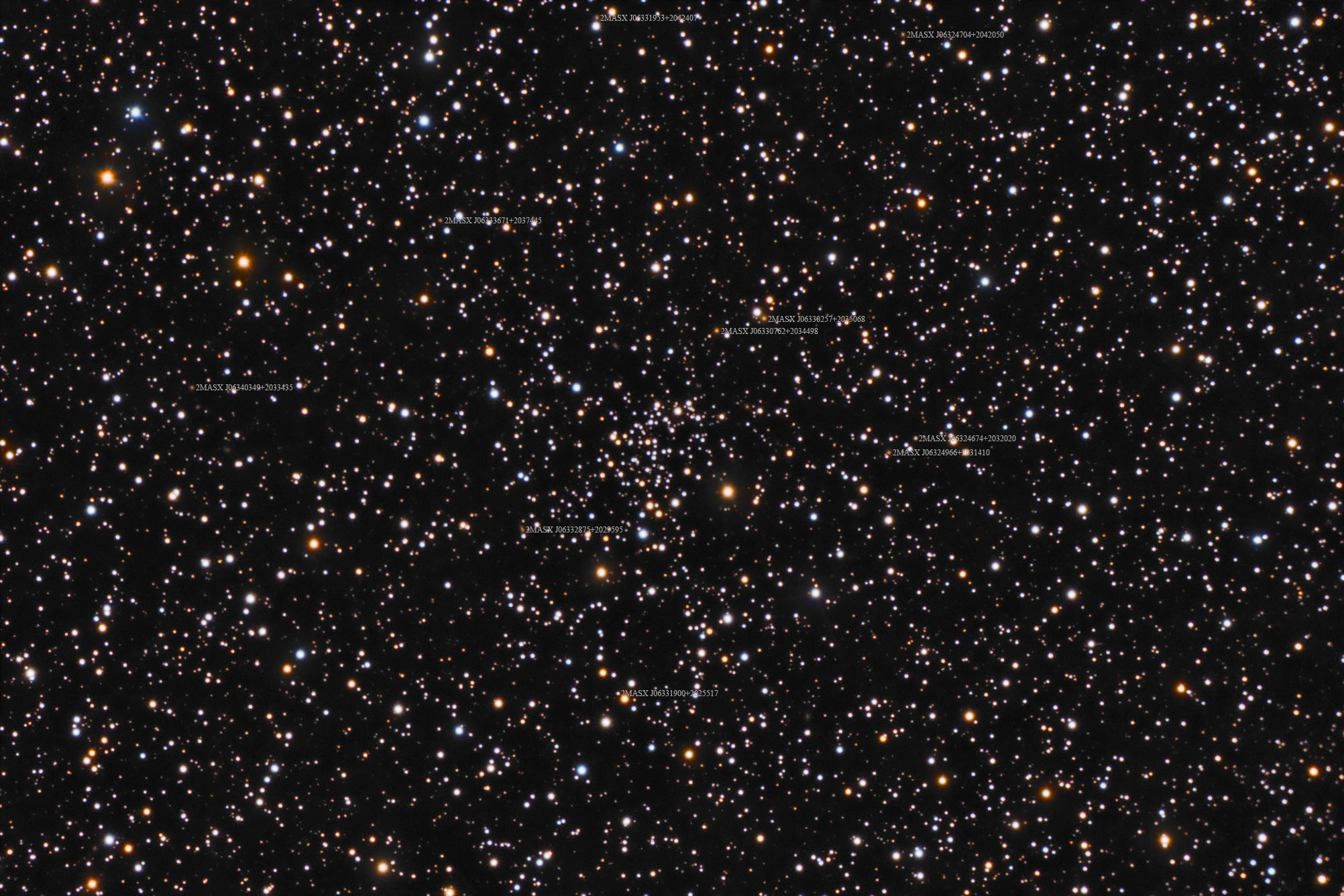