This is another twofer image. I had both Berkeley 26 (west) and Berkeley 27 (east) on the to-do list. I discovered I could catch both in one image. I also caught some nasty reflections. Normally I move the scope a bit and they vanish. Didn\'t help as there were several. I\'d get rid of two and another appeared. I gave up and put it back to between the two clusters and tried to clone out the reflections. It\'s sort of obvious but with star clusters not too distracting. I\'ve never mastered cloning out defects as large as these. One was as large as Berkeley 26 that was just to its west.

WEBDA says Berkeley 26 is a very old cluster, as clusters go. They show its age as just under 4 billion years. Most clusters are torn apart even at a third its age. Also, it is quite distant, some 14,000 light-years beyond the sun. That makes it nearly 30,000 light-years from the galaxy\'s core. This means it spends most of its time on the outskirts of the galaxy where tidal and ram pressure forces are low. This is how it has survived so long. But its bright stars that make cluster\'s sparkle have long since died leaving a dim cluster. Also, it is reddened by 0.75 magnitudes. This further reddens its remaining stars.

Since Berkeley 27 is brighter and somewhat bluer I expected it to be younger and closer. It is younger at 2 billion years of age rather than 4 but it is more distant at 16,400 light-years. Even more surprising is that it is reddened by only 0.05 magnitudes. I notice even field stars are fewer in the lower right quadrant than the rest of the image though I don\'t see any reddening. Is this dust cloud to blame? The younger age helps explain why it is bluer and brighter as its F type stars are still around.

The field is 4.75 degrees west of the Rosette Nebula, an area known for dust. I just expected it to be more evenly distributed across my small field. At 17 degrees below the ecliptic, it isn\'t too surprising I didn\'t pick up any asteroids.

While a few faint galaxies can be found in the image none have distance data and most are very faint so I\'ve not prepared an annotated image. 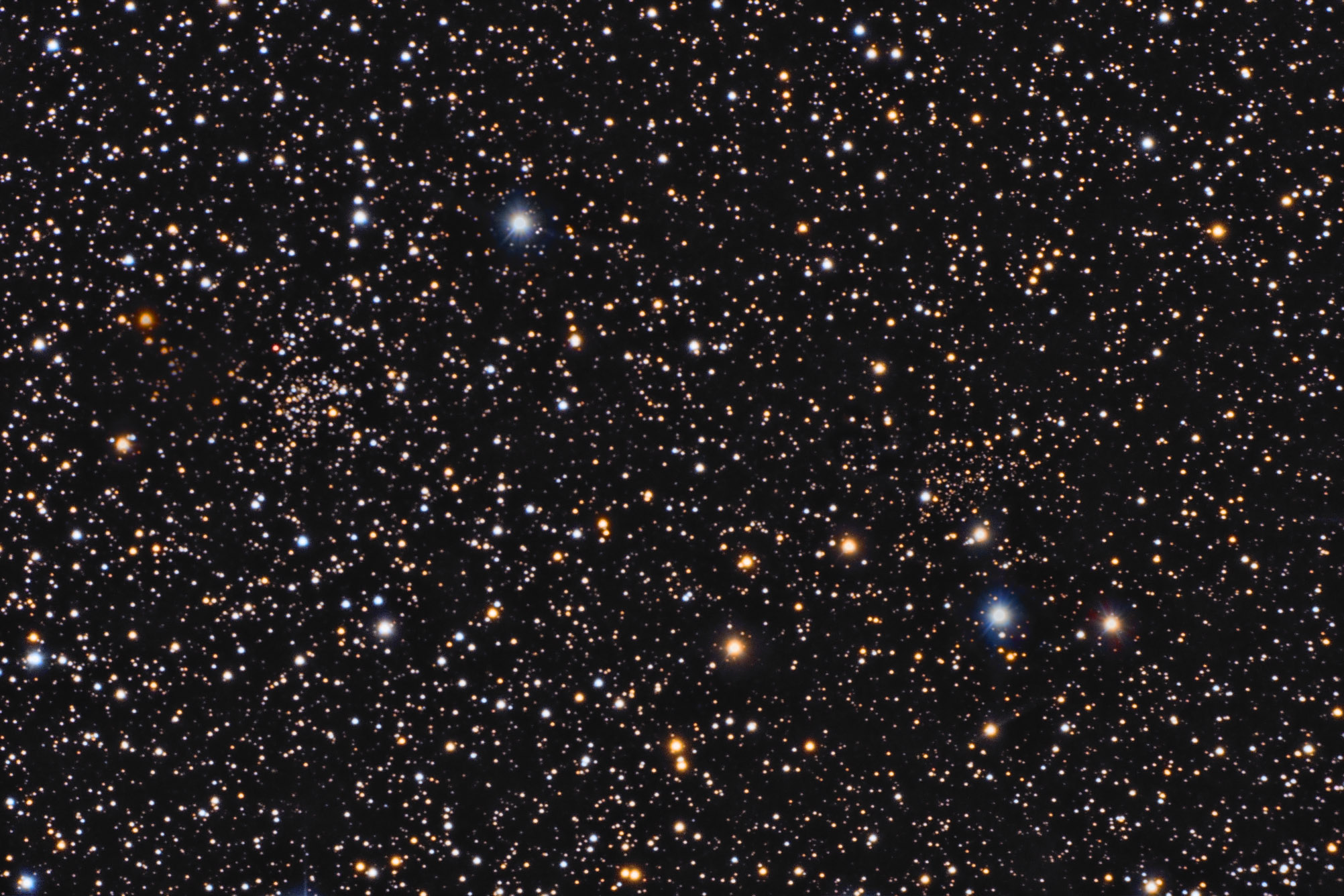