Berkeley 34 is a distant, faint open cluster in Monoceros. It\'s brightest star is about magnitude 13.5, next brightest 14.1. Most are magnitude 16 through 18. I suppose a large Dob will show a glow with a half dozen of stars on top of it. WEBDA puts it at a distance of 24,000 light-years and gives it an age of 2.8 billion years. A paper on it, however, says it is only 2.1 to 2.5 billion years old. The cluster is located about 180 degrees from the center of the galaxy. That puts it on the outer edge of the galaxy. While there\'s not a lot of dust that direction but at its distance, it is estimated to be reddened by about half a magnitude. Its age plus the reddening accounts for its lack of blue stars. Only the brightest, 13.5 magnitude star shows blue. The rest are white to red. This makes me question whether that star is a member or just a foreground star.

The weather was lousy for this image with clouds passing by continually. I saved the green data to last due to clouds getting worse and green being the least important color. I only took one of each color due to incoming clouds. Things were so bad I limited the green frame to 5 minutes rather than my normal 10 and the last 30 seconds of that were lost to clouds that never cleared. I decided to see if I could make it work. It turned out easy as the red and blue frames had so many clouds they were a pretty close match. Clouds make for halos around bright stars that are a pain to deal with. I was only partly successful dealing with them.

The paper on the cluster, as well as two other similarly located clusters, is at https://arxiv.org/pdf/1205.3684.pdf 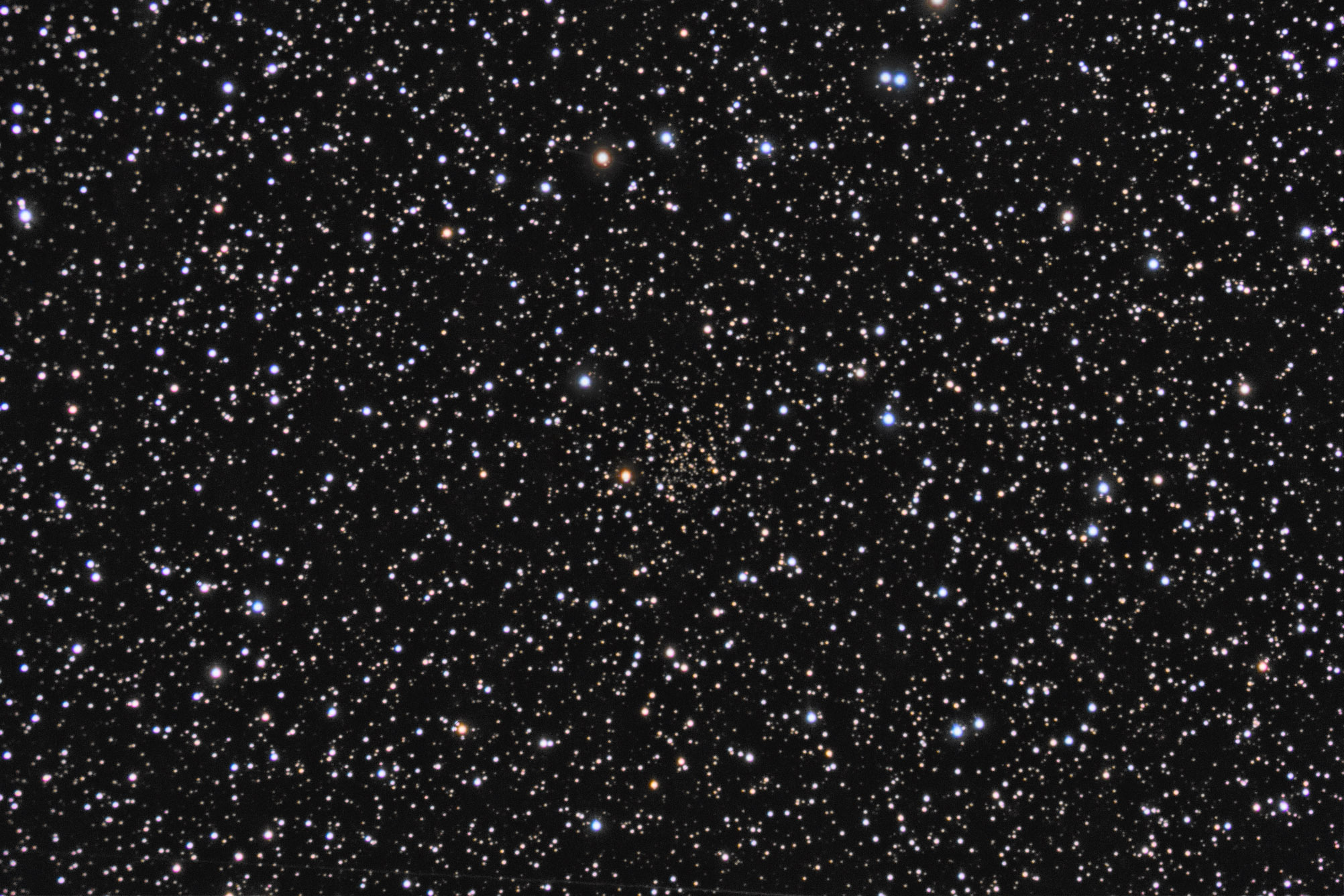