Berkeley 43 is one of the better Berkeley clusters. It is located in Aquila deep in the rift valley of the Milky Way. This means the cluster is rather highly reddened and dimmed by the dust. This also makes determining its age and distance rather difficult. WEBDA says it is 4400 light-years distant, reddened by 1.52 magnitudes and is 400 million years old.

Trying to find anything else on it I came across a paper entitled \"Optical photometry and basic parameters of 10 unstudied open clusters.\" No wonder I wasn\'t finding much on it! This is a new paper published at the start of 2017. It leads off with this cluster and says it is 3400 light-years distant, reddened by 2.5 magnitudes and only 300 million years old. I find it interesting that the most significant digit in each of these measurements is one lower or dimmer than WEBDA\'s values. The paper can be found at https://arxiv.org/pdf/1001.3001.pdf

I tend to believe the paper\'s values as they are newer. Also, the cluster does appear severely reddened for the age of the stars, no matter whose age you go with. The star\'s colors seem more in line with an age of more than 5 billion years. Note the \"hole\" in the cluster\'s lower left side. The paper says this may be due to a dust cloud obscuring stars. I\'d hoped an IR image of the cluster might answer this. I checked the 2MASS image and the hole is still there, but smaller and not as deep. In that image, the cluster looks more \"Y\" shaped than round. I\'m still not convinced a small dense cloud is to blame for the lack of stars there. Also, I\'d expect the dim stars in the hole to be very reddened and except for one they are not.

I measure the brighter stars of the cluster at about 15th magnitude. It will take a pretty good scope to see it as more than a fuzzy patch of light I suspect. 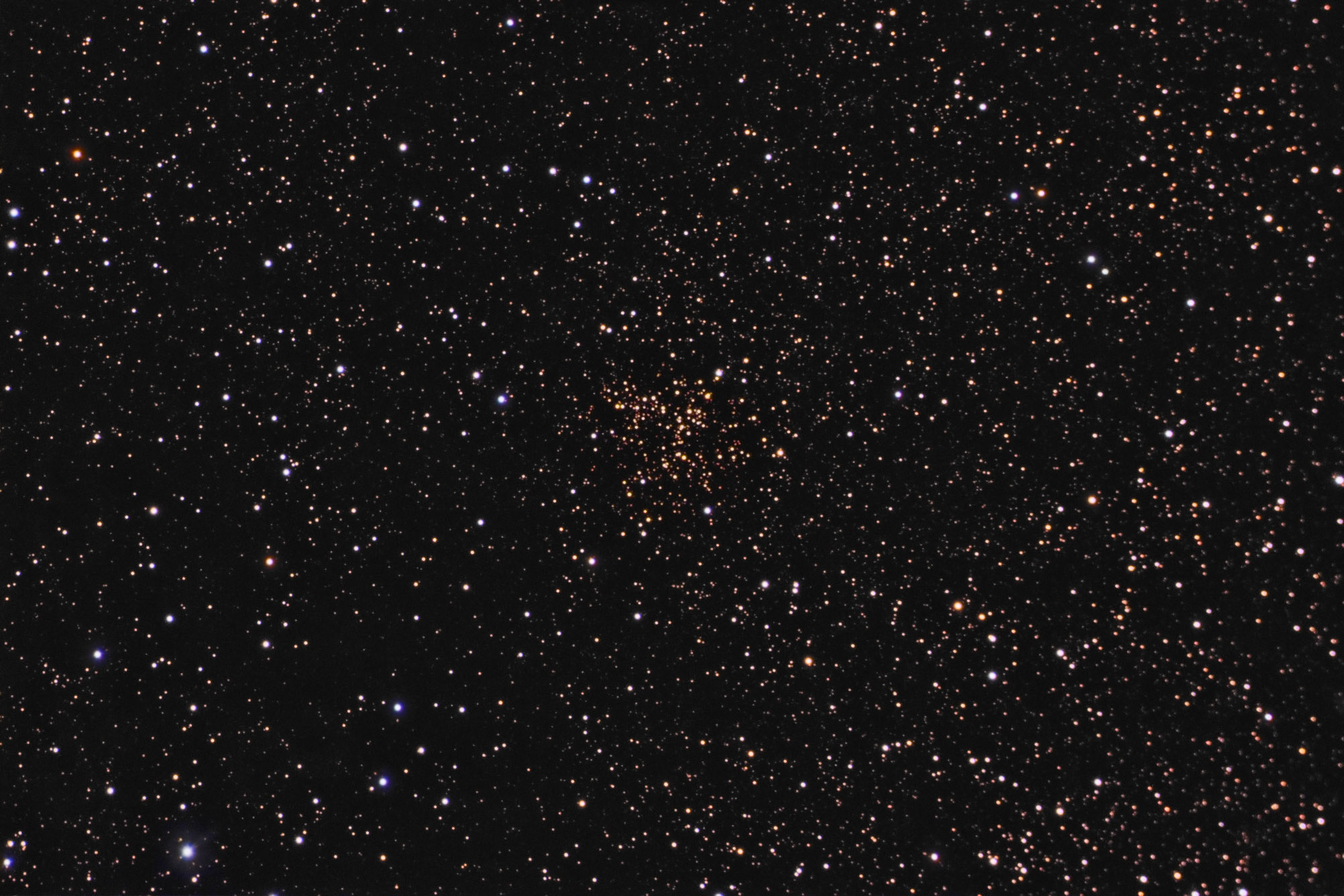