Berkeley 069 is a rather old open cluster (as these clusters go) in southwestern Auriga about .9 degrees below IC 410, the much imaged Tadpoles Nebula and star cluster. WEBDA puts its age at 890 million years and its distance at 9300 light-years. Due to its age, the bright, massive, blue O and B stars that make young star clusters sparkle have long since died leaving only dimmer white, yellow and red stars. It is reddened by 0.65 magnitudes further reddening its stars removing what blue might have otherwise remained. The makes it a rather dull cluster.

Some sources list its position several minutes northeast of its true position. WEBDA almost missed it in its image because of this. The Sky had a similar error which I had to compensate for. If relying on a plate solve to center it in your image be sure the coordinates are correct. The POSS server is close enough at 05 24 23.5 +32 36 29.

Seeing was poor the night this was taken. I had to scramble to get usable color data it got so bad. I even took some of it the following night but it too was very poor. To hide some of the poor seeing I am reducing this to 1.5\" per pixel. If it were a better cluster I\'d retake it but it just doesn\'t seem worth the time for this one. 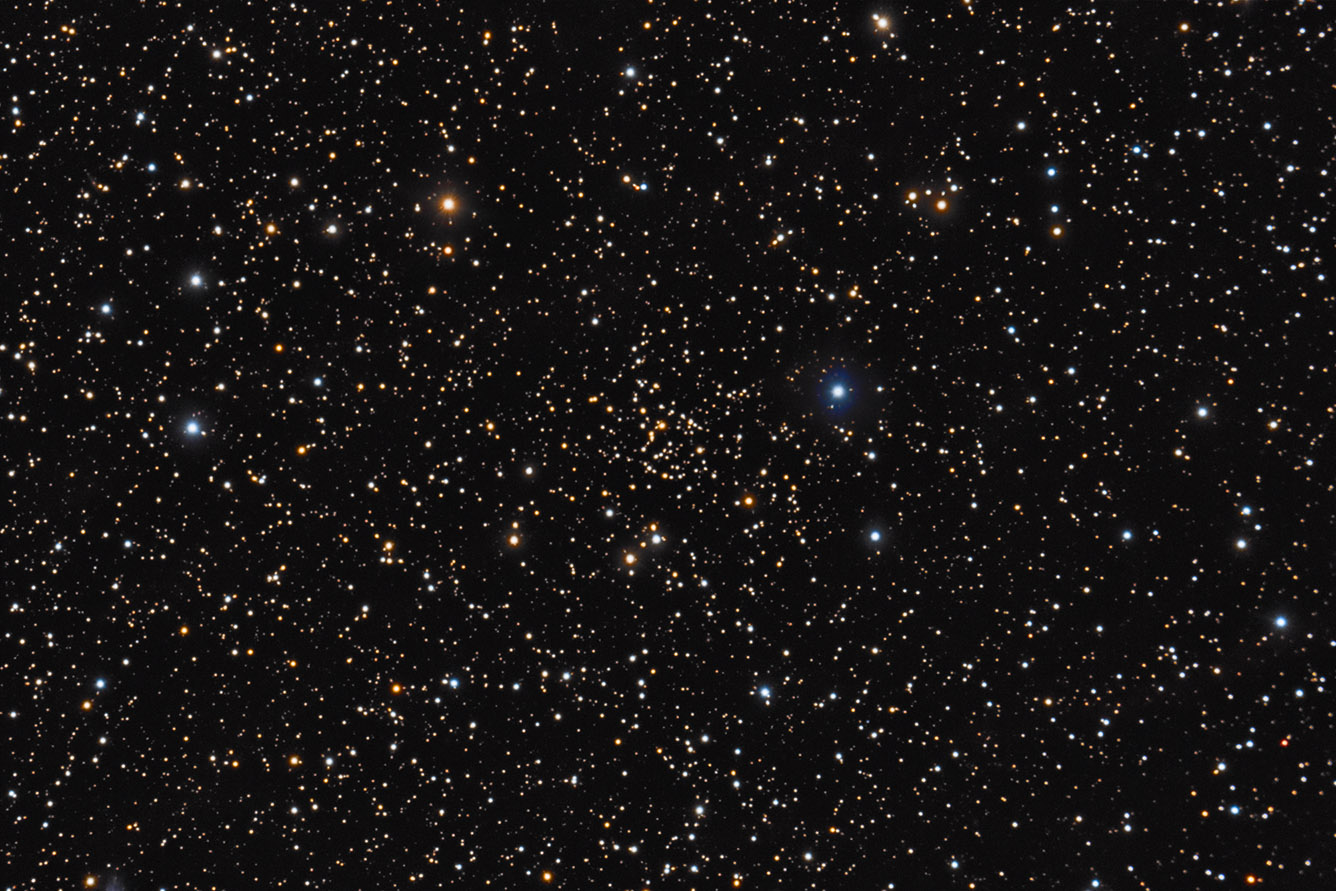