Berkeley 71 is an open star cluster in Auriga about 1.2 degrees southwest of M36. It is listed at WEBDA as being about 12,700 light-years distant and rather old for an open cluster at 631,000 years. Being in the winter Milky Way you might suspect there\'s some reddening from galactic dust. You\'d be right. It is listed at 0.88 magnitudes of reddening. The combination of its age and reddening explains the unusual lack of blue stars and the rather large number of red stars seen in the cluster. Most blue stars have lived their lives and are long gone from the scene being just very faint white dwarfs lost in the distance and reddening. The reddening then removed even more blue light giving the cluster its rather odd color range.

Again I was plagued with clouds. One luminance frame was lost to them. Since I was sleeping while this was being taken and I didn\'t check on it until I just processed it I made do with just the three frames. Star clusters can survive such treatment very nicely as long as there\'s no related nebulosity to bring out. The field contains no objects with redshift data that I could find so no annotated image was prepared.

There is an asteroid near the top left edge. It runs from a moderately bright somewhat blue star with a fainter star just below it going southwest to a fainter pair of stars. It is (344168) 2000 YU139 at magnitude 17.7 per the minor planet center. A second asteroid (202957) 1999 RF103 at magnitude 19.0 per the minor planet center is seen even closer to the left edge just below the center. It isn\'t partly hidden behind a star. This allows the gap in the trail caused by my rejecting one frame to be seen. The first part of the trail and gap is lost behind the stars for the other asteroid. Still, the magnitude difference for these two appears to be only about 0.4 magnitudes, not 1.1. Considering how poor the night it\'s hard to tell which if not both are in error. 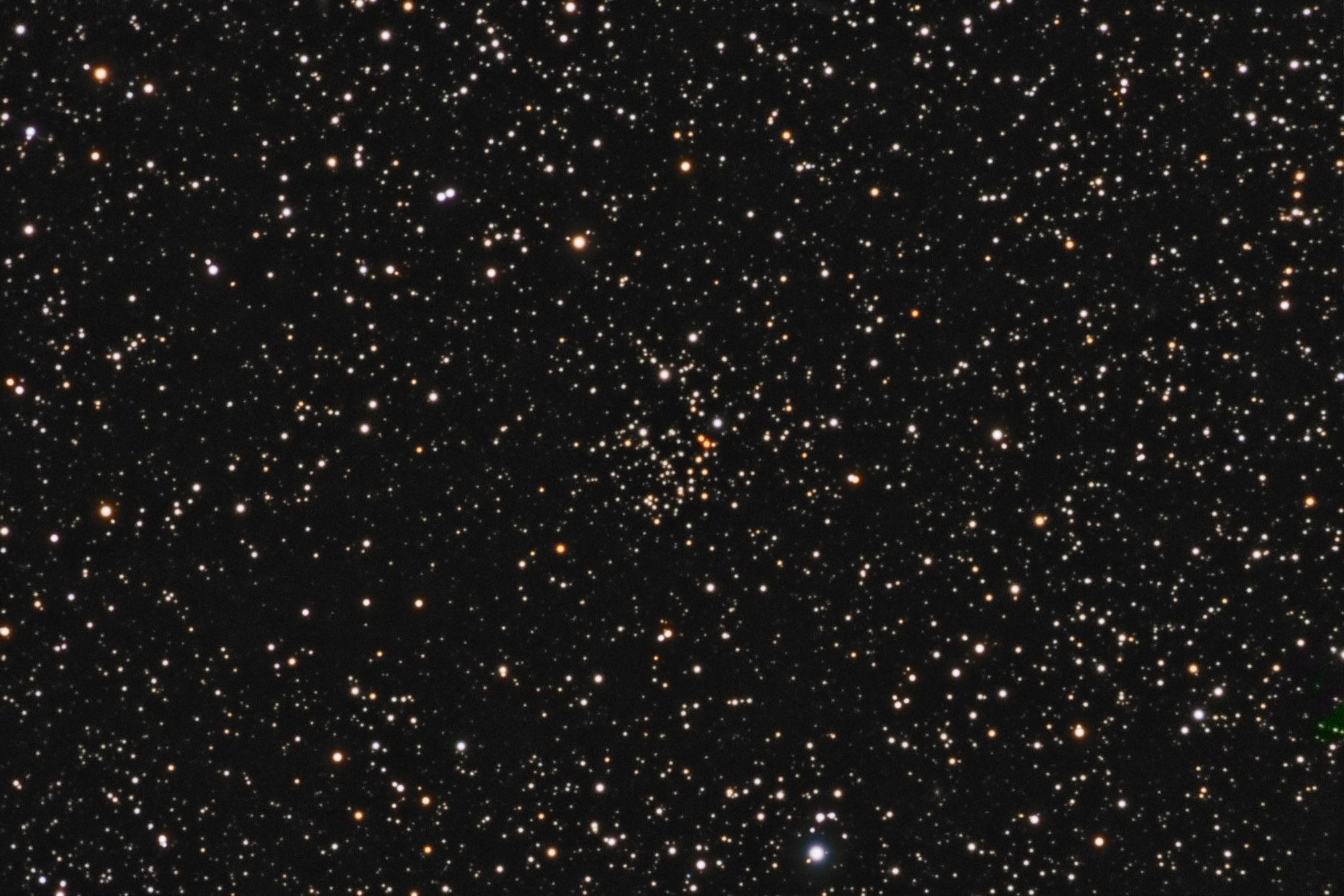