Berkeley 80 is an open cluster in western Aquila. WEBDA says it is some 10,750 light-years distant. It is in the dark nebula LDN 617 whose western edge is near the right edge of my image. As you might suspect the cloud reddens it by 1.1 magnitudes making the stars appear redder than their 300 million year age would suggest. While I\'ve found many Berkeley clusters have somewhat erroneous coordinates, many being off by more than the cluster\'s diameter. This one, however, is right on for a change. That was good as this one was taken automatically, I wasn\'t around to make sure it was centered. 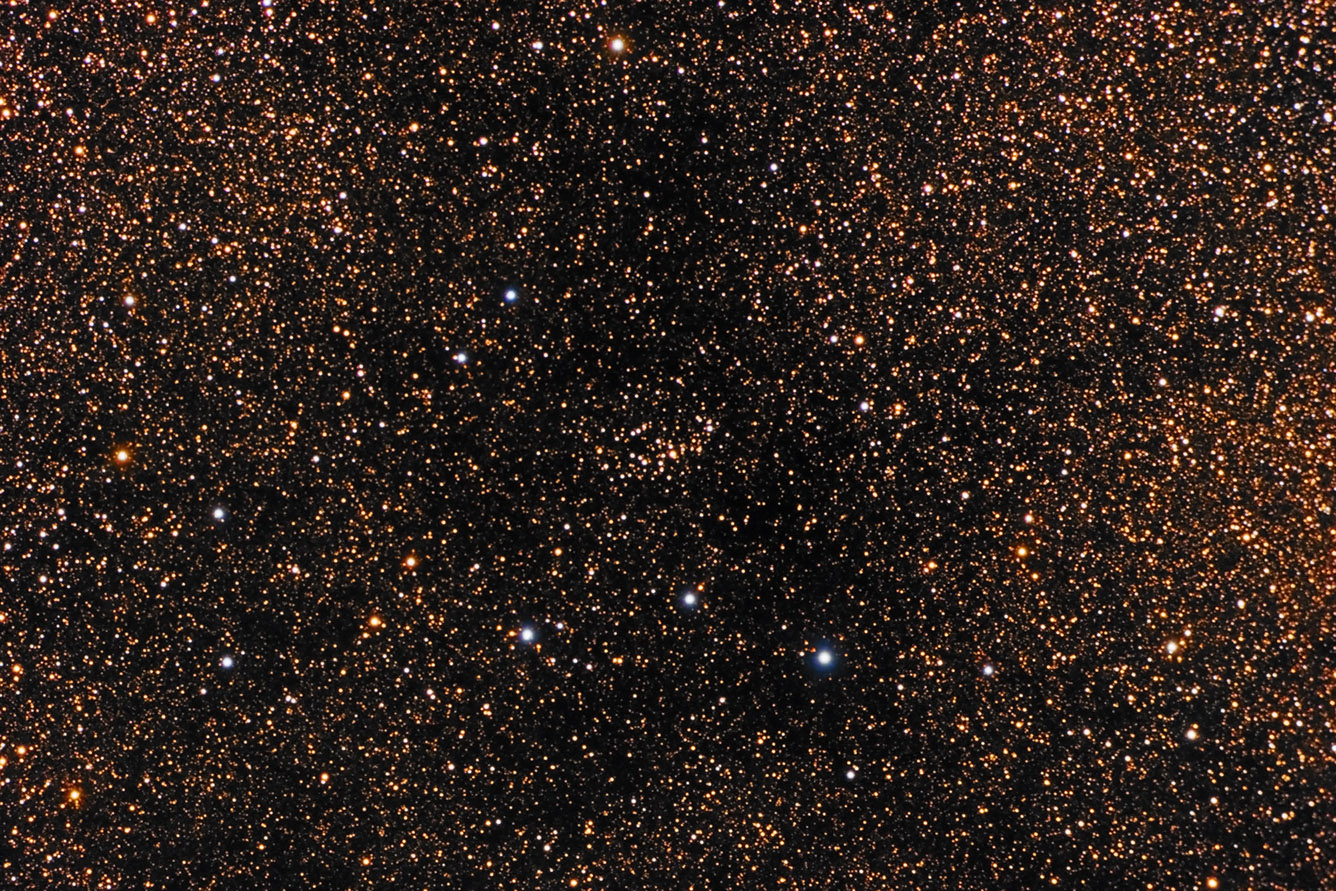