Berkeley 82 is a small open cluster in northeastern Aquila. It resides on the edge of the dark rift that runs through much of the constellation. This is why the lower right corner has far more visible stars than the upper left portion of my image. WEBDA puts its age at 31 million years. Still, it is old enough to have two stars that have evolved into red giants in that short time. Its distance is just under 3,000 light-years according to WEBDA. I\'d have thought that would put it in front of most of the dust of the Milky Way but WEBDA says it has been reddened by just over 1 magnitude indicating the dust from this portion of the rift is apparently rather close to us.

As with many Berkeley clusters, the coordinates of this one vary quite a bit from source to source. The Sky wanted to put it about 3 minutes northwest of its real position. WEBDA shows it about the same north of their position for example. For such a small group how it\'s position in many catalogs be outside the boundaries of its major stars, I don\'t know. Unless they are off center from a large faint group of stars not obviously part of the group. But since no two sources agree as to its position I doubt that\'s the problem. Fortunately, I took this one in the evening just after it was dark enough to start an image so saw The Sky\'s position error and recentered on the cluster. Though I didn\'t see this until the first luminance frame came in. Then I forgot to retake that frame so ended up with only 3 luminance frames. Including the first one would have severely cropped the image losing some of the fall-off in star numbers so I went with only 3 frames. Star clusters, being bright, can survive a lower signal to noise ratio than can nebulae and galaxies with their faint outer regions.

There may be another cluster to the upper right of Berkeley 82. SIMBAD shows the small group of bright stars there as DSH J1910.8+1312. DSH stands for Deep Sky Hunters. They are cataloging all types of previously unknown deep-sky candidate objects. So is this a true cluster or just a bright asterism? I\'m voting for it being an asterism. Hipparcos puts the brightest star at only 54 light-years from us. It\'s highly doubtful it could be a member of any cluster-like object this small. But could the other stars be part of a true cluster? I couldn\'t find anything on them to help decide this. 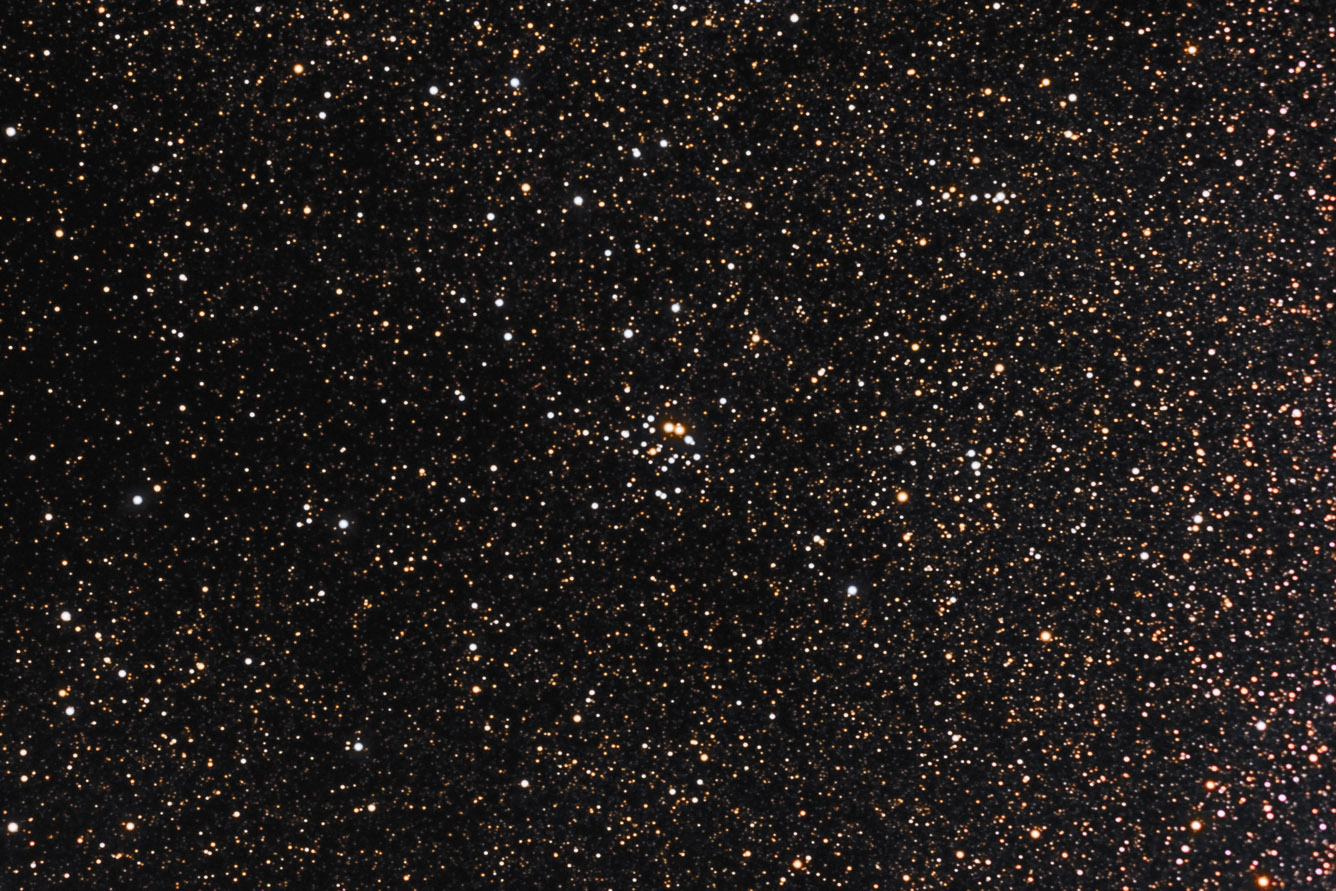