BERKELEY 83 is a small but rather well-defined cluster in northern Vulpecula on the edge of the dark rift that runs through the Milky Way in this part of the sky. It appears rather reddened by the dust of the rift though it could be due to its stars being quite old. I can\'t find much on it at all. While my The Sky\'s basic database has it they have the position rather wrong. They point about 10 minutes west of its real position. That would have been a problem if I\'d been doing this one automatically as it would have been near the right edge of the frame. Fortunately, my framing shot showed it faintly on the edge and I was able to center it for my image. Since it is in an area filled with stars I did break my rule and enhanced it a bit more than the rest of the starfield. Also, since the resolution wasn\'t needed I\'m displaying the full image at 1.5\" per pixel rather than my usual 1\" per pixel.

While WEBDA did list it they too had a slightly wrong position for it. In fact, many of the Berkeley clusters have positional errors at least in their images which usually put the cluster well off center. They have a different error than The Sky did. Oddly their position data doesn\'t match their image. Neither are right but both are a lot closer than The Sky 6 was. I measure it at 20h 1m 25s +29d 38m 33s for those looking for it. 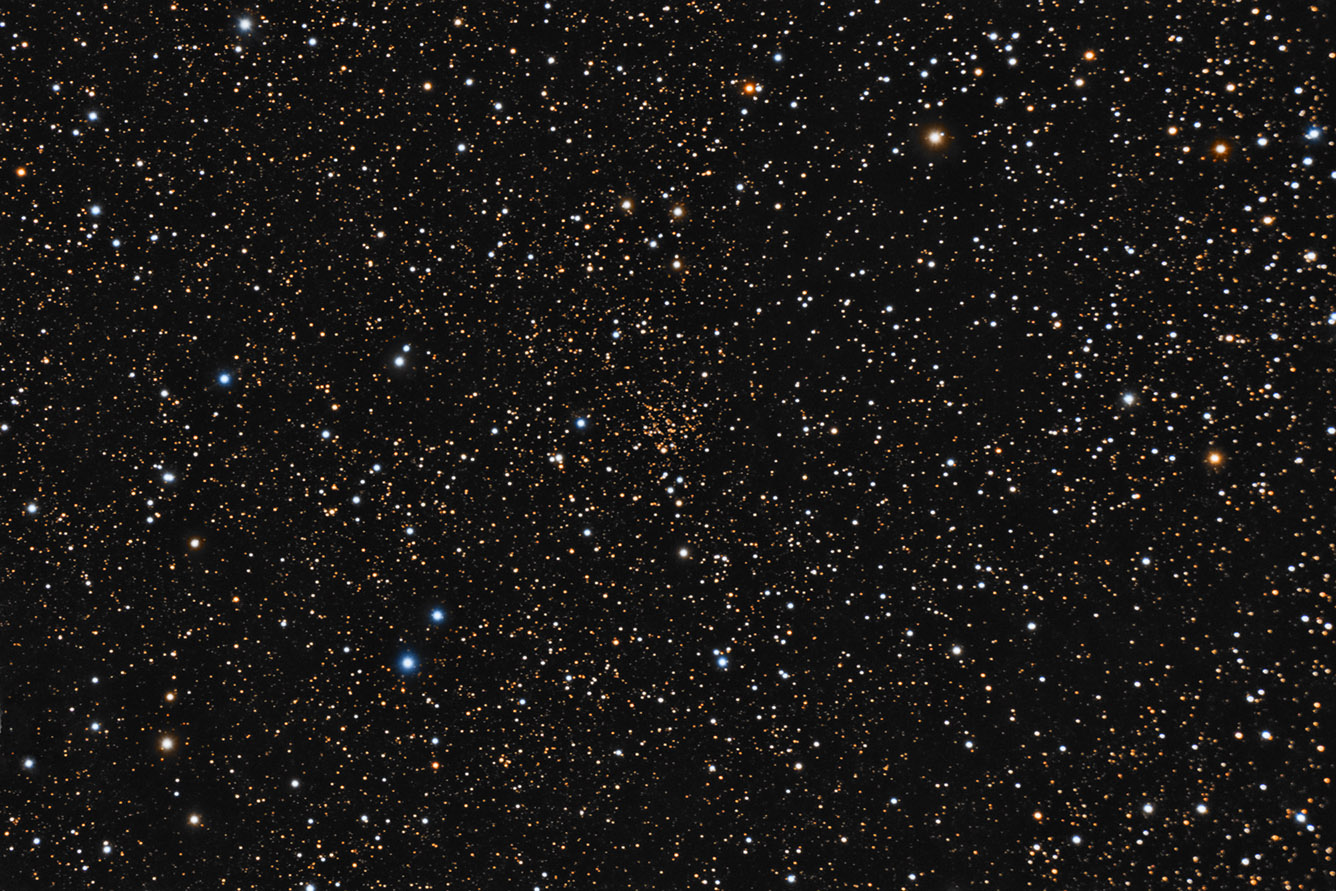