Berkeley 85 is an open cluster in Cygnus about 1.5 degrees northwest of the famous Crescent Nebula, NGC 6888. I\'ve seen it in many wide field images of the nebula. That\'s one reason it made my to-do list. WEBDA puts it at about 5,700 light-years with an age of about 1 billion years and about three-quarters of a magnitude of reddening due to galactic dust between us and the cluster.

I\'d wanted to fully include another open cluster Dolidze 40 to the northwest (upper right) but when I took the framing shot I saw horrid reflections from 34 Cygni, a 4.76 magnitude B2 star directly north of the cluster and out of the frame. I finally ended up cutting off part of the cluster to get rid of the reflections -- or so I thought. Turned out fainter ones were all throughout the image. I ended up losing the background H alpha signal removing them. WEBDA recognizes Dolidze 40 but has nothing on it but position.

The scattering of bright blue giant stars somewhat hides the clusters. I toned them down but they still photobomb the image. 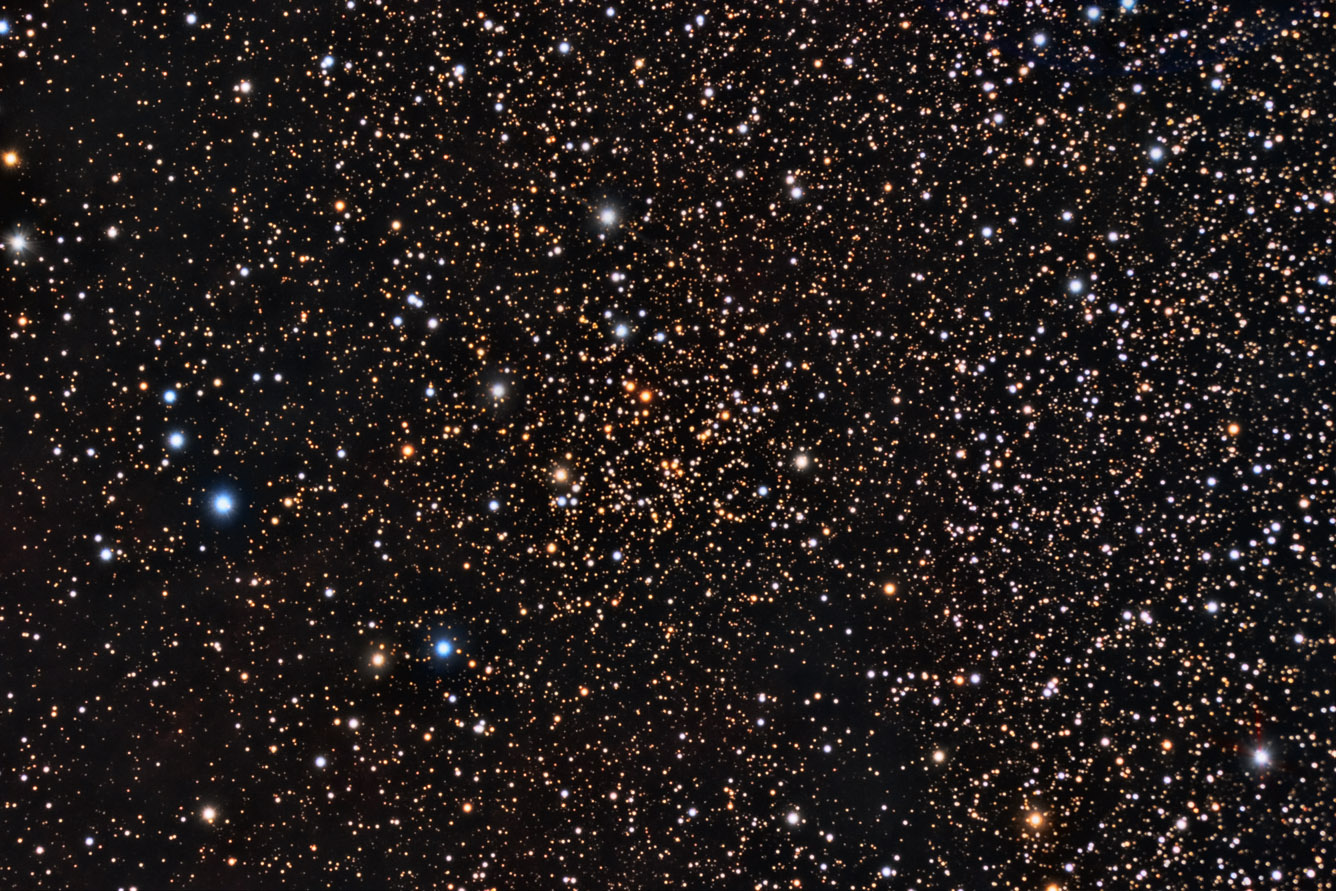