Berkeley 93 is a very distant open cluster embedded in a dust cloud about 18,250 light-years distant. It is located in Cepheus. It is thought to be larger than seen with the fainter stars hidden by the dust. The bright red star in its center is a carbon star, about C5. The characteristics of such a carbon star are well known and were used to derive the cluster\'s distance. While it is a variable star its type is unknown, at least at the time of the paper I read on it. http://adsabs.harvard.edu/cgi-bin/bib_query?1994AJ....107.2101S

The carbon star referred to in the paper is the brightest and reddest star in the cluster so easy to find. Like with Berkeley 85 there was a bright star out of the frame that sent a nasty set of reflections into the image. This time it was south of the frame and red. Red normally isn\'t a problem so I ignored it, but was this time There were some faint H alpha clouds in the image but I had to sacrifice them to the reflections which just faded into the faint nebulosity making their removal pure guesswork as to where they met and what was under the reflections. 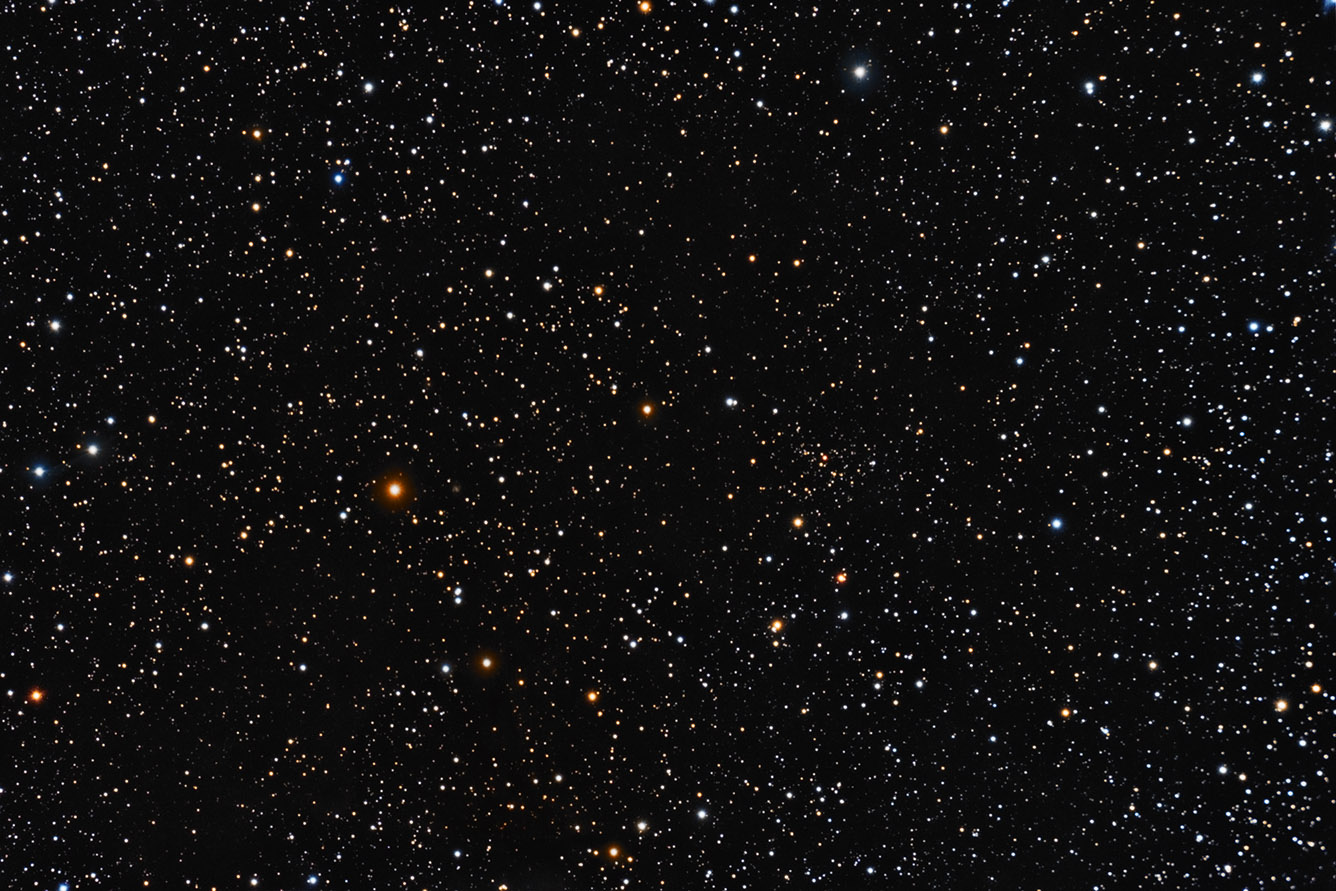 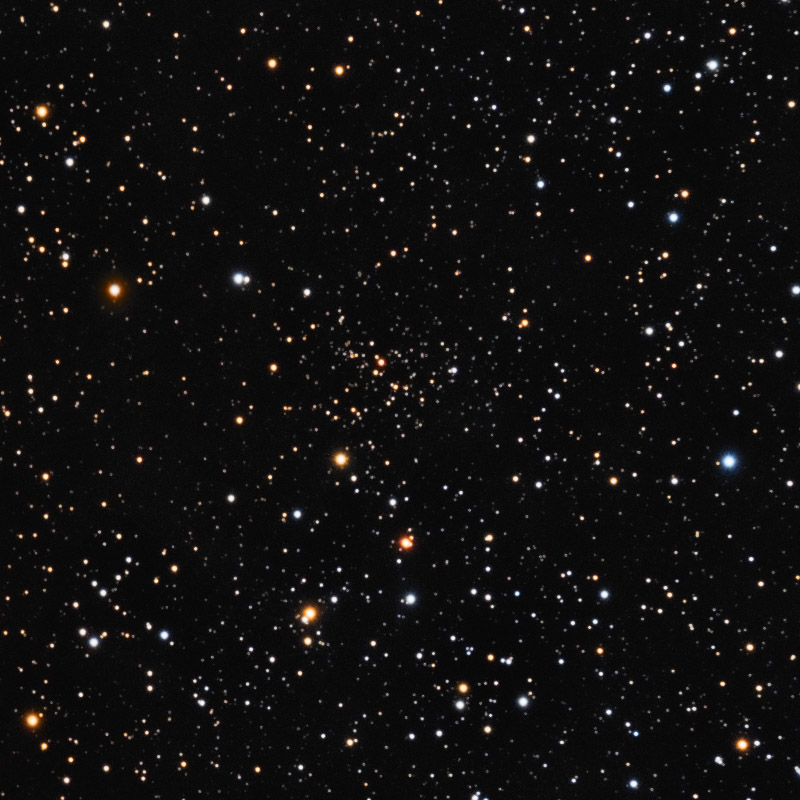