On the morning of December 11, 2013 I finally had sort of clear skies to take data on the comet. As it was a nightmare to process due to the clouds so I kept putting it off. Now I wish I hadn\'t as I seem to have caught it ejecting a blob of material from the core. At least the images show a odd linear feature below and a bit west of the brightest part of the coma. It is rather red compared to the rest of the comet and has a dark area beyond it. Since the comet points toward the sun, I don\'t see how the darker area could be a shadow. Still, it is real. Though when I first processed the image I wondered if it was some background object but then I assembled the luminance data into a movie and the feature moves with the comet though seems to be moving very slightly away and behind the core. Dawn prevented a longer movie that might have shown this. I\'d hoped to get detail of gas clouds moving down the tail. The tail had only very weak, indistinct detail. Still, if you look closely about halfway up the tail some motion can be detected. Set your viewer to repeat as the 30 minutes is compressed to 3 seconds of time for a time speed up of 600x. The color image was taken and is posted at 1.5\" per pixel. Seeing this low didn\'t allow for any higher resolution.

Color image:
14\" LX200R @ f/10, L=10x1\'x3 RGB=7x1\'x3, STL-11000XM, Paramount ME
The L frames used are every third frame used for the movie. This was needed to give time for enough motion between frames so stars moved enough they could be eliminated from the image of the comet when the frames were aligned on the comet\'s core. This gave a star free comet image to be pasted back into the starfield after the moving comet had been cloned out. The color frames were taken red, green, blue with the cycle repeated 7 times (all the oncoming dawn allowed). This moved each frame sufficiently that the same process could be used to create the color data used to make the final image. None of the color frames were used in the movie however. The movie used all 30 of the luminance frames, including two in which some space debris put in an appearance. I could have cloned them out but decided to leave them in as my cloning usually makes thing worse. 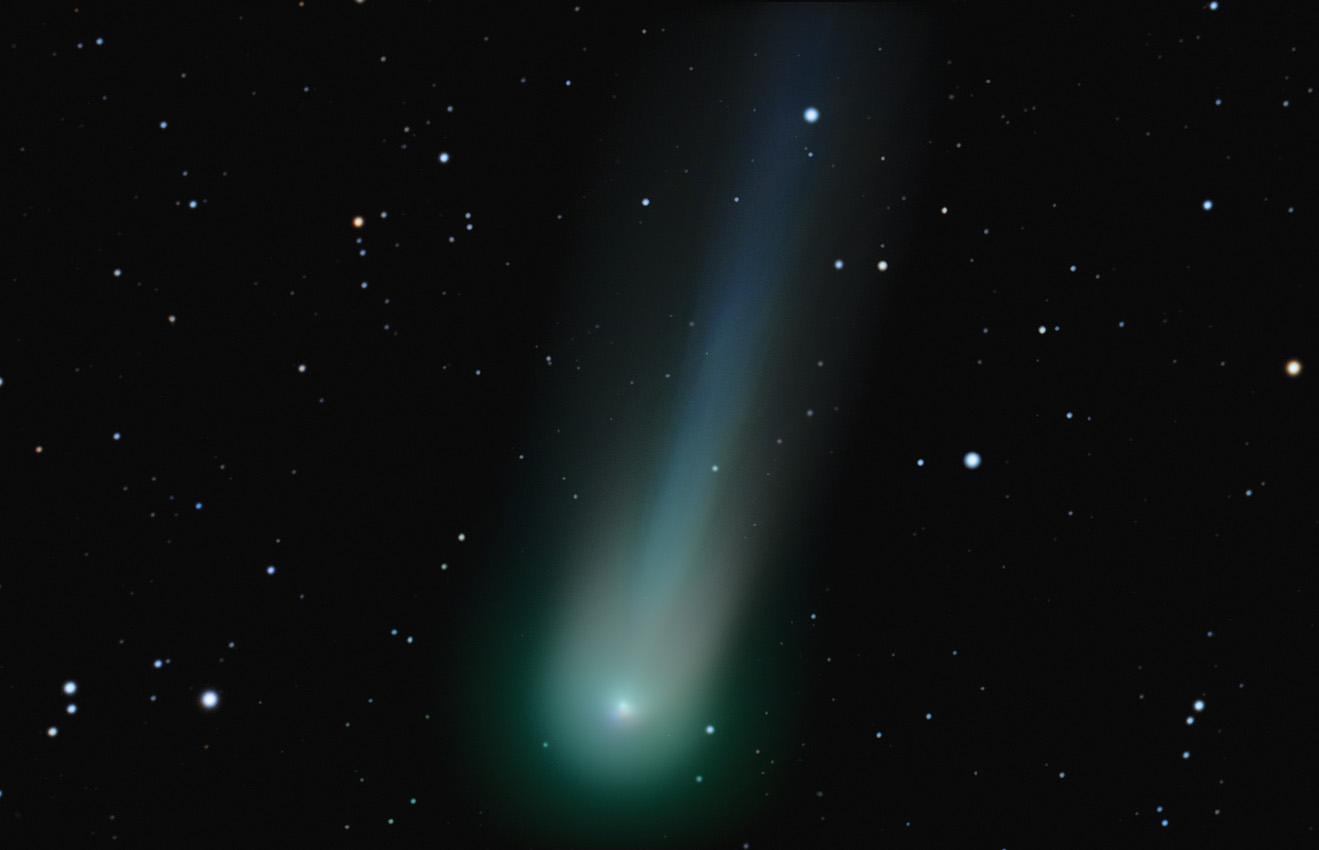