Cas 1 (not to be confused with Cas A a supernova remnant) is a heavily obscured irregular dwarf galaxy in Cassiopeia about 8 degrees north of the Heart and Soul Nebulae. It is considered part of the Maffei group of obscured galaxies. The distance to obscured galaxies is hard to determine. There was only one estimate at NED but its determination is purely by judging the size of a single HII region. Thus it is highly suspect. It gives a distance of 16 million light-years which is likely too far. The generally accepted distance to the Maffei group is more like 6 to 10 million light-years. In any case, it is nearby, just nearly invisible as it lies behind the gunk of the disk of our galaxy. Its color is likely reddened by the dust. Most dwarf irregular galaxies are quite blue. Cas 1 is likely no exception if we could see it without the dust.

This one is so dim I spent 3 times my usual time for the luminance channel and twice normal for the color channels. It didn\'t seem to help much. 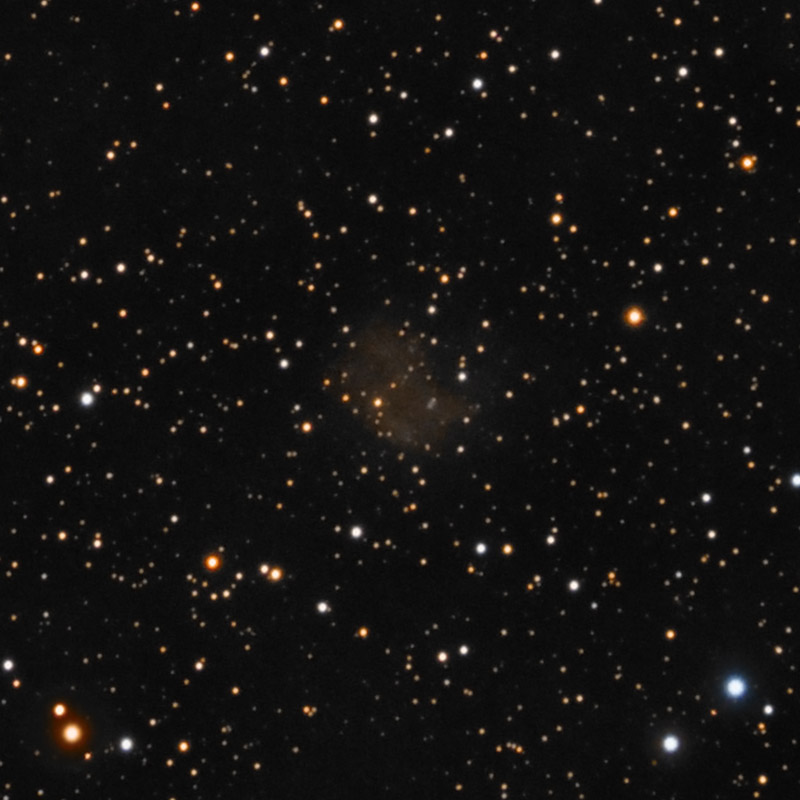 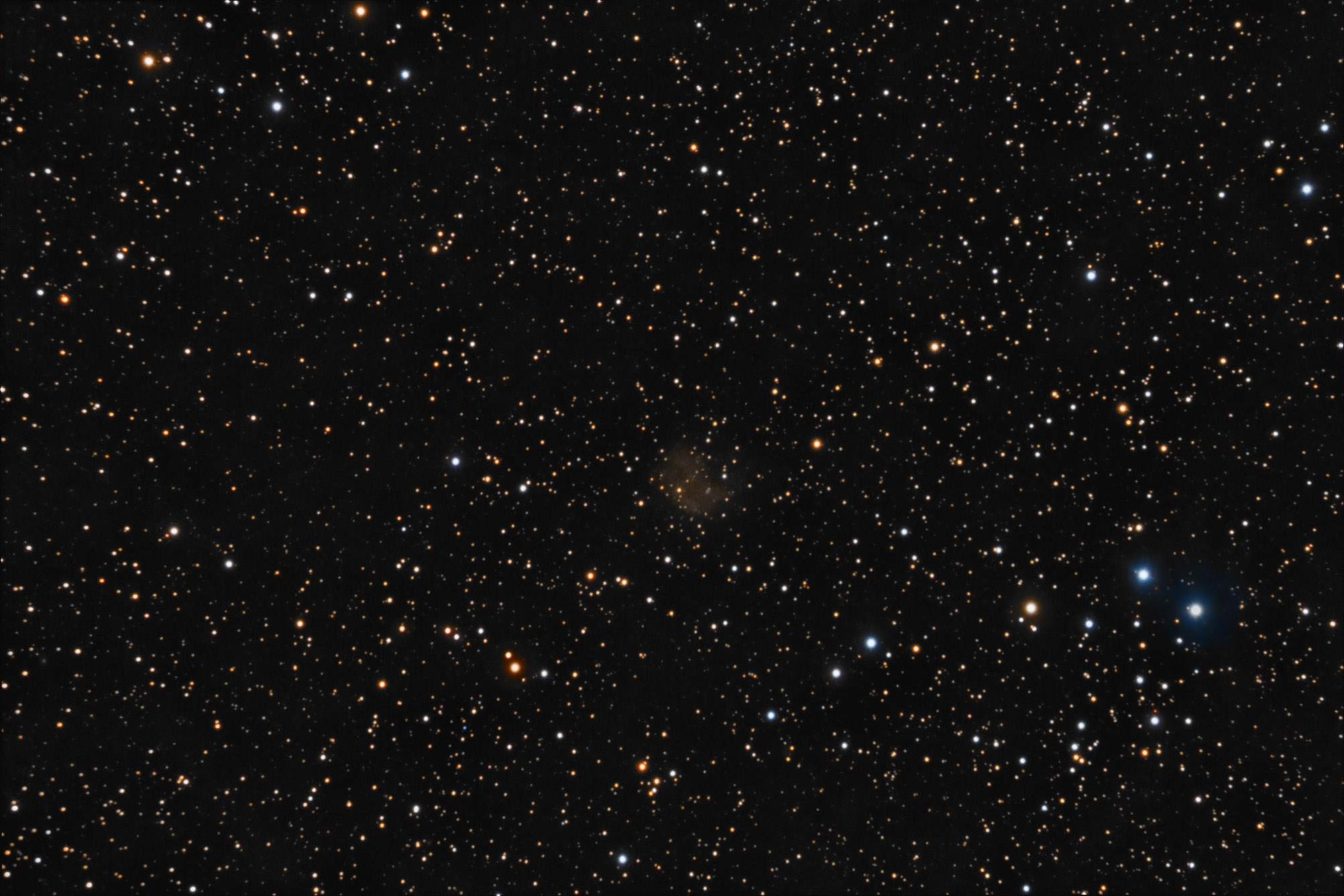