I\'d wanted to retake this one this fall with my new filters that don\'t have the halo problem around stars my old filters had. But the weather conspired against me. I settled for reprocessing the old data. I think this is much better than before but you\'ll have to pretend the halos aren\'t there.

When I first got into astronomy and started building my first telescope it was announced that the 200\" had finally imaged the long sought super nova remnant known as Cas A. The image was hardly exciting. I found the image I remember as figure three in this 1953 paper:
http://articles.adsabs.harvard.edu/cgi-bin/nph-iarticle_query?1954ApJ...119..206B&data_type=PDF_HIGH&whole_paper=YES&type=PRINTER&filetype=.pdf I\'ve had reports this link sometimes fails. If so start here: http://simbad.u-strasbg.fr/simbad/sim-ref?bibcode=1954ApJ...119..206B

It was finally found when crude radio interferometry gave a better location but the image sure wasn\'t much. I certainly never expected I\'d ever be imaging what was at the very limit of the 200\" scopes ability in 1953. It cost millions of dollars and the scope I was building back then ended up costing me about $35 for a 6\" f/12 on a pipe mount using homemade eyepieces (Coke bottle bottoms worked better I\'m sure).

For those who say I never put much time into an image, your right but at least this one used 4 hours 50 minutes of data rather than the 1:40 I normally use. I wanted 6 hours of L data and 1 hour of each color but never had enough clear nights to even start it in which transparency would hold for the time needed.

Image was cropped to reduce bandwidth and some of those nasty stars but not reduced. This is still at 1\" per pixel, my normal image scale. 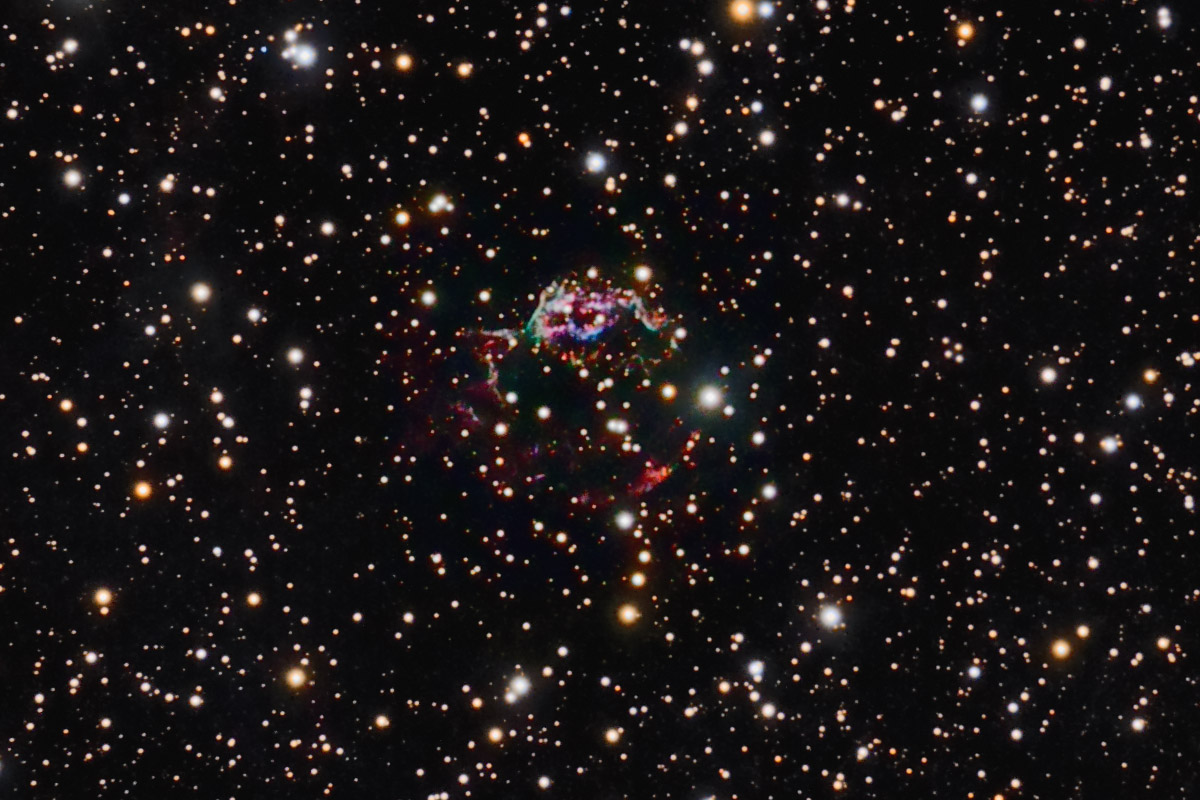