This is one of the few images I\'ve taken for the asteroid. A friend who was a fan of Skepicality asked me to get the asteroids named for the hosts at the time. A quick check turned up an asteroid named for Derek Colanduno. I had to track down Swoopy\'s name and found she too had an asteroid. This is the one for Derek. Unfortunately, it was in the heart of the Milky Way right under the jaw of the very large dark nebula sometimes called the Horse Nebula. This made it hard to find and invisible on raw frames until calibrated. It didn\'t help that the Minor Planet Center had the position a bit wrong so I centered incorrectly. Fortunately, their ephemeris service had the position correct so I was able to find it and mark it in the cropped annotated image. Being at -23 degrees and thus partly behind my observatory wall stars are fainter than normal and distorted by being so low in the sky as well as the diffraction effects of the wall. I\'ve included a full frame so you can see how hard finding asteroids in the Milky Way is. I\'ve also included a 2x blowup of the region in which his and two other asteroids were lurking. Colanduno is circled in red. The other two in blue. They are (180111) 2003 FB28 at magnitude 19.5 and (67328) 2000 HK77 at magnitude 18.3 to the upper right. Colanduno is at an estimated 19.4 magnitude so pretty faint. Normally I\'d have the mount track the asteroid to build up a brighter image of the asteroid rather than letting it trail but with the star packed field I was afraid star trails would cover it up. See my page for McCarthy for his co-host \"Swoopy\'s\" asteroid. It was easier to take not being in such a stary field. 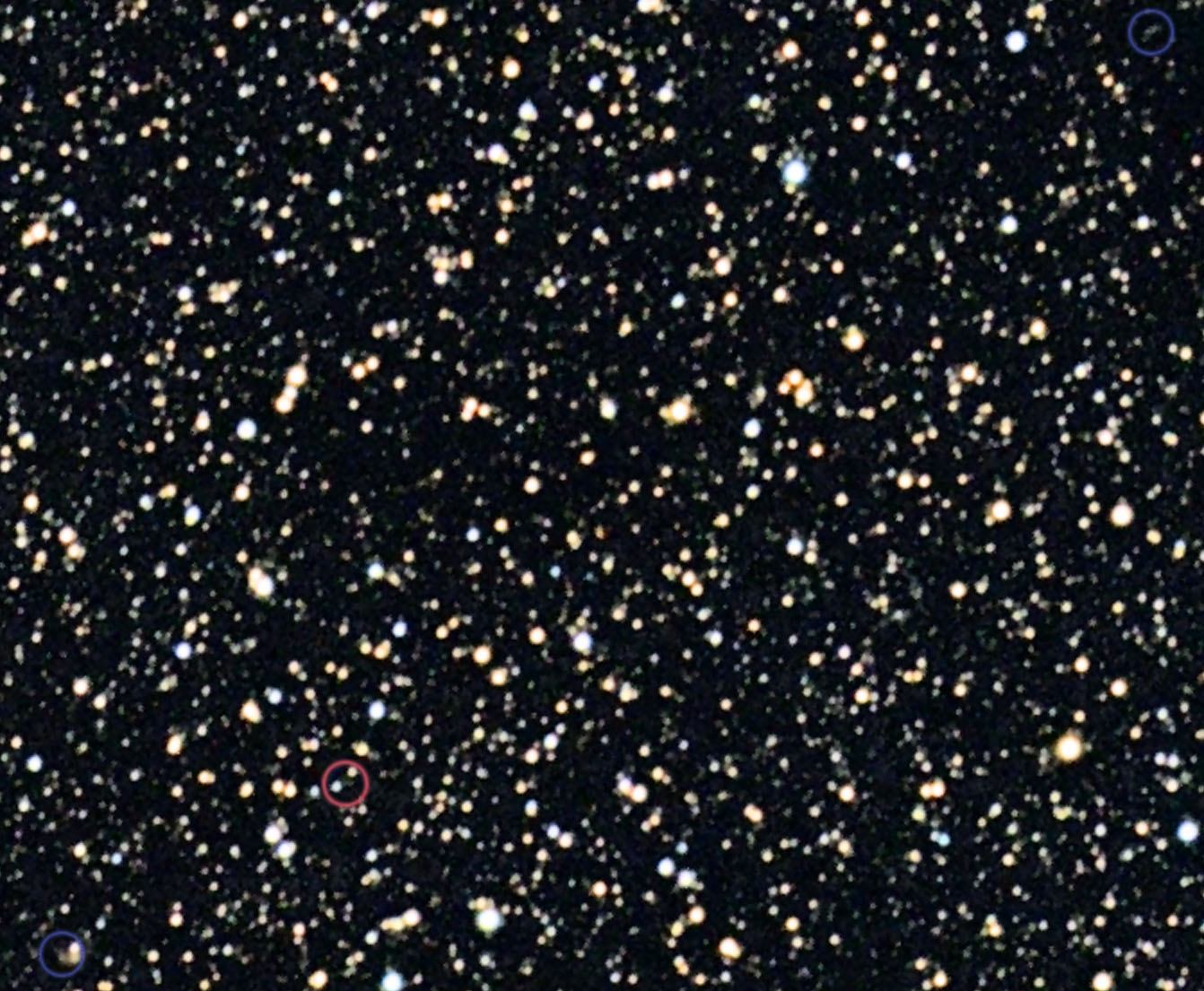 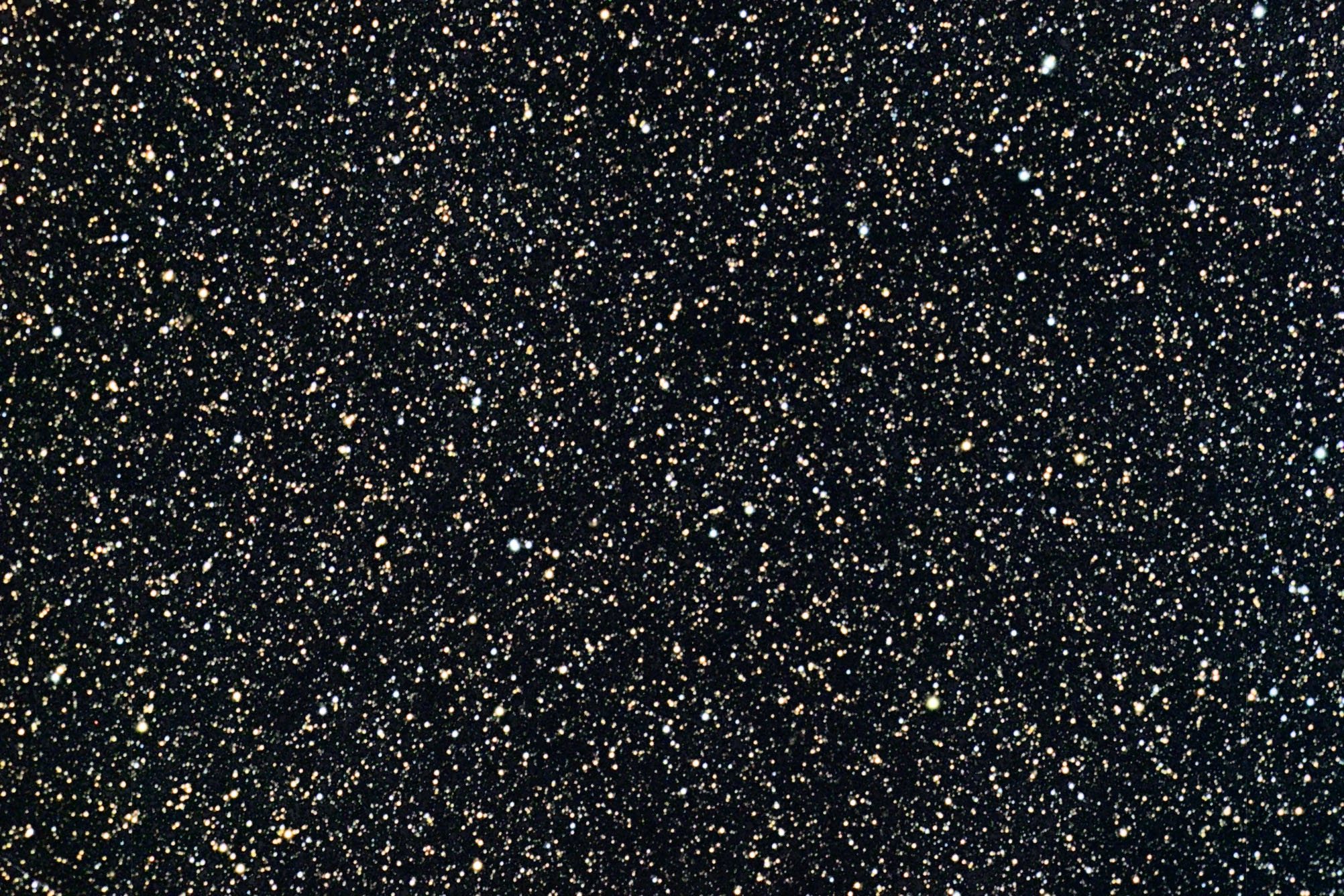