Czernik 40 is an open cluster in southwestern Vulpecula. It is about 10,000 light-years distant and thought to be about 800 million years old. Old enough that most of its big blue stars have long since died leaving only white to red stars. Also it 10,000 light-years it is reddened by virtually a full magnitude. But likely, so are many of the background stars so it doesn\'t appear much different than the background stars in color.

This is another WAG for color as the smoke really did a number on all the data. I was able to only get one usable color image for each color and the red frame was 3 times the intensity of the green and blue frames. I tried other nights but the results were even worse so went with the first try\'s data. I assume there was something about the smoke particle size that allowed red to come through nearly perfectly and hurt blue and green about the same. I\'d have expected blue to be hit harder than green but that didn\'t happen. It could be the smoke varied and green had less than blue. As to luminance I have no idea if the red stars were allowed through much stronger than the blue and green as was in the color data. I took the luminance after the color data though I took red first. While the hit on luminance wouldn\'t alter star color it would alter intensity with red stars coming through big and bright. Though to the eye, the difference between red and blue stars is hard to see unless they are of somewhat equal brightness and side-by-side like Alberio, Iota Cancer and similar double stars. BTW I see it just announced that GAIA has shown Alberio to be a line of sight double not an orbiting pair. That question is finally put to rest. That small difference may have saved the relative intensity of the various colored stars.

With the huge adjustment to bring red into line with green and blue and finding no color images of this field, I can\'t guarantee the colors are right, just that they are colored. With only one frame for red and it picking up a nasty satellite, I had a problem. It passed right over many dozen stars and cloning it out would also severely hurt stars with my ham-handed cloning. After much thought, I found a way to get rid of it and not use cloning. I selected the stars in the RGB image then inverted the selection. So now everything not a star was selected. Since the only things now selected were the background and the satellite trail I could neutralize the satellite and background. The trail vanished like magic. I think a really bright trail would have been a problem but this one was eliminated. Satellites in the green filter can be removed, even when bright, with the Hasta La Vista Green filter. I\'m now often not taking two green because the HLVG filter makes trails in that filter easy to deal with. I suspect blue trails if not too strong can be handled as the red was. Brighter ones will still need two frames I suspect. At least this gave me a new tool to use.

There\'s nothing else in the field so I didn\'t make an annotated image. Also since smoke killed seeing and because there\'s no need for high resolution I am reproducing this one at 1.5\" per pixel rather than my usual 1\" per pixel -- when viewed full size. 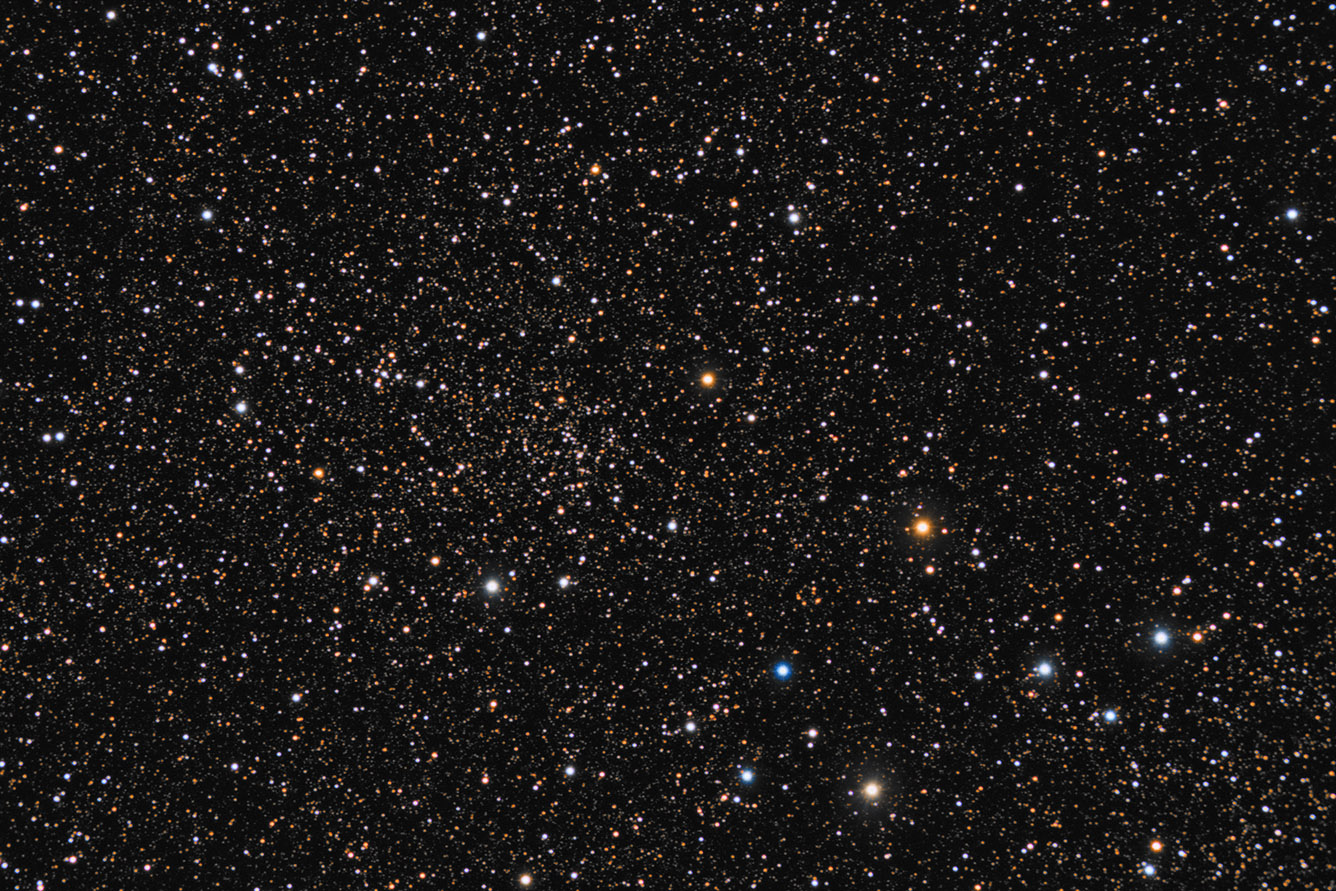 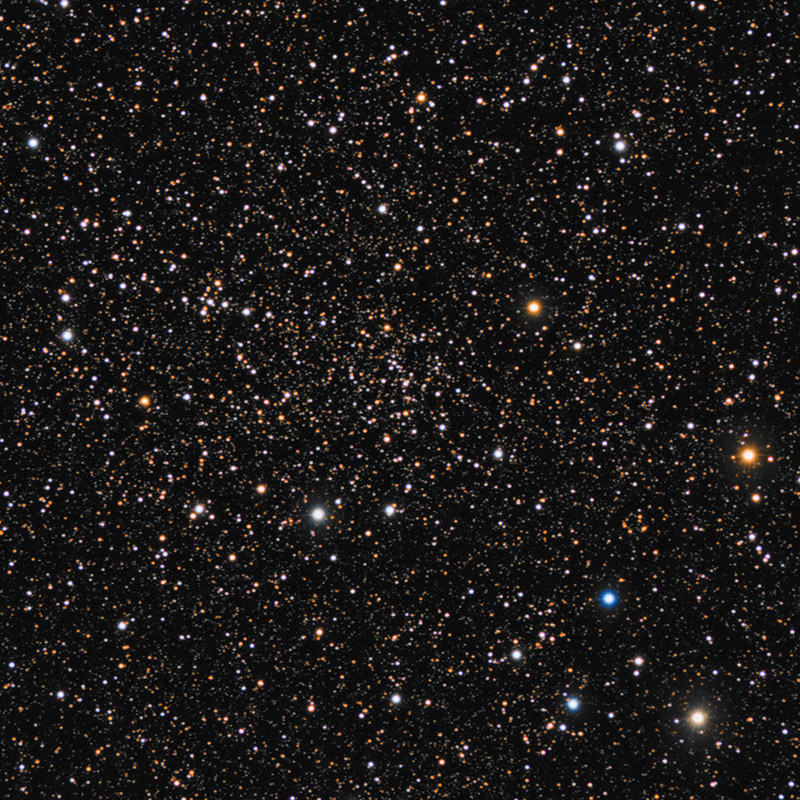