After hearing reports that it had split in two and speculation that it was breaking up like P17/Holmes a few years ago I had to take a look. It passed perihelion last year at about over 2.2 AU so never came close to the sun. My image shows that it did indeed split off a small piece which is now \"trailing\" the nucleus being pushed further from the sun by the solar wind. This would indicate it is an extremely low-density object unless it got a push this way when it split off which I doubt. The main comet also seems rather bright for a comet that is now nearly 3 a.u. from the sun. But it certainly is showing no sign of turning into a Holmes-like comet. Dozens of pieces were seen in that case inside the main coma not one piece following it as we have here. It was a bit fainter than 11th magnitude when this image was taken on March 21, 2010. I used 20 2 minute frames tracking on the comet. My camera takes about 10 seconds to download a frame. This gap causes the star trails to have many small gaps. The 5 minute gap is due to my thinking I\'d set it for 20 frames but had it for 10 instead. Took me a bit to realize it had stopped after 10 as instructed. I then took another 10. 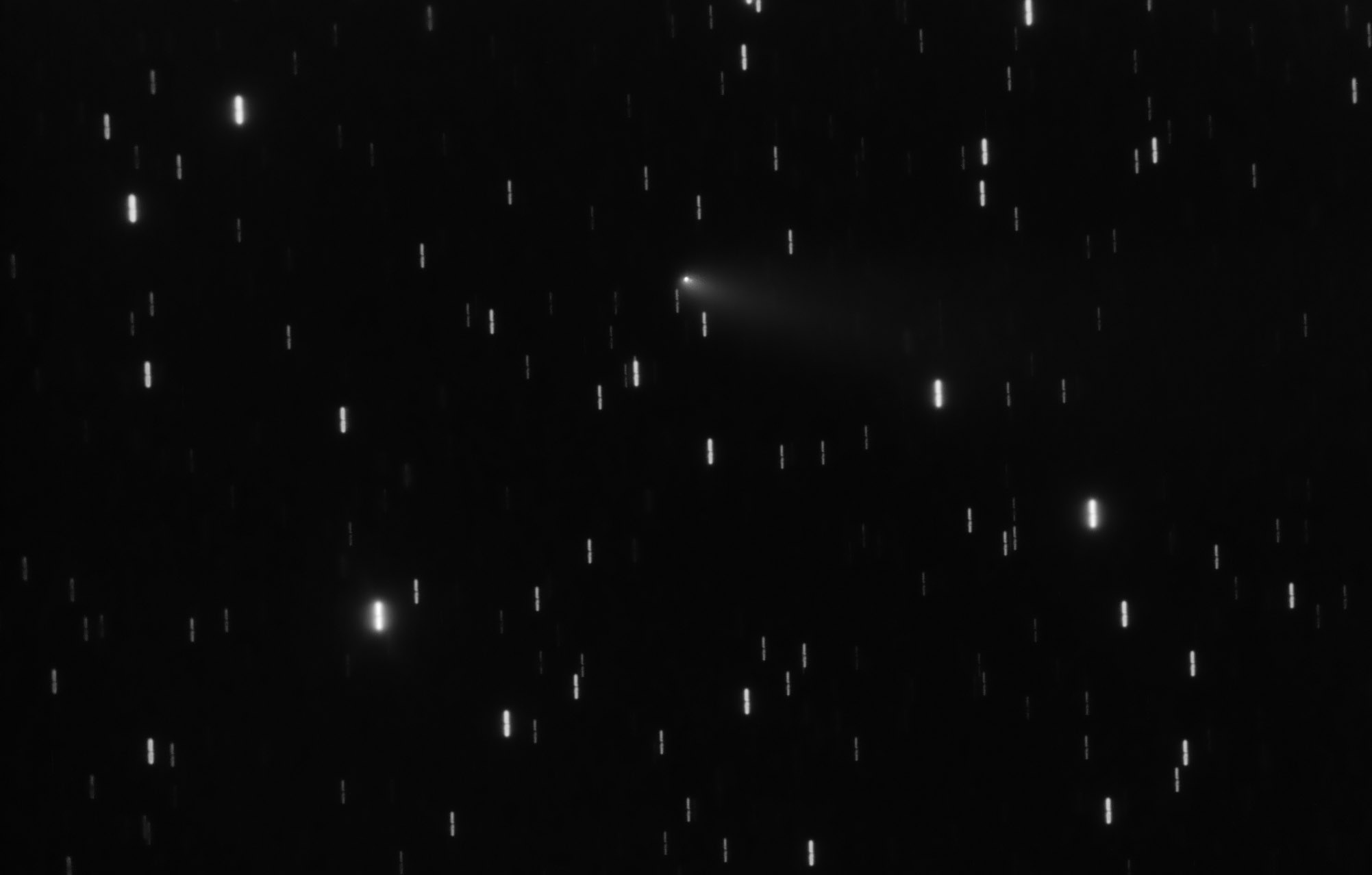 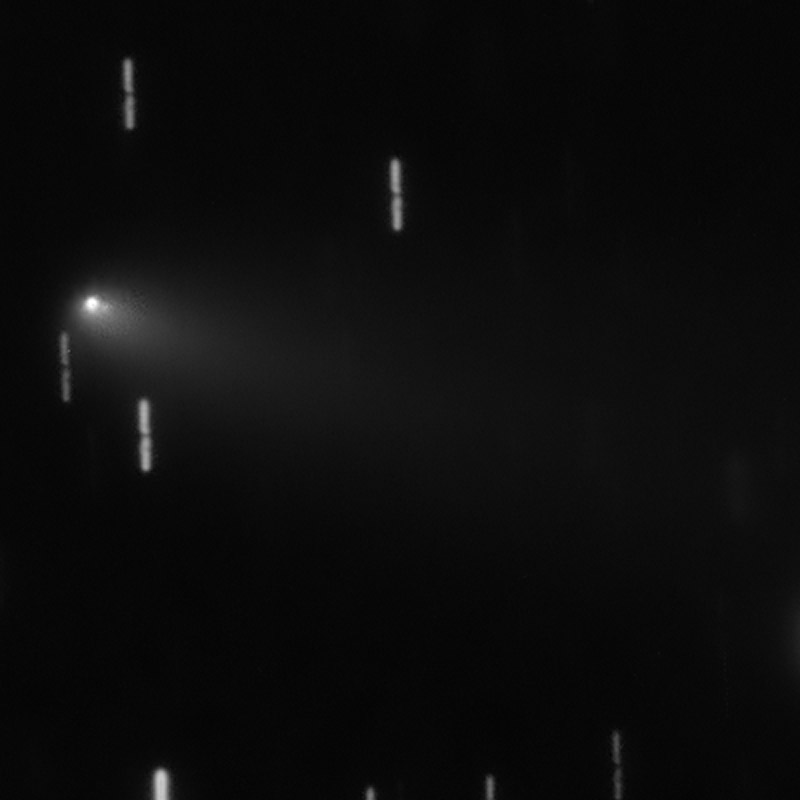