DDO 103 is a highly disrupted blue ring galaxy of the irregular Magellanic classification in the northwestern corner of Corvus which puts it at the very edge of my southern range where a quality image is extremely rare. Unfortunately the one and only usable April night left a lot to be desired so I didn\'t do as well with it as I\'d have liked. The UGCA says of it: \"Peculiar, disturbed? Strongly asymmetric in blue light, thin streamer northwards from center, bright core; blue condensation at tip of arm.\" The CGPG says: \"Blue post-eruptive irregular galaxy with several knots and blue filaments.\" The MCG says \"Interacting. Hard to see any structure. Possibly there are four galaxies to the south, one [18 mag] F+E in contact, F, i=IV to the north with a nucleus in connected arms.\" Makes you wonder if they are talking about the same galaxy. In any case, it is plenty strange and likely the result of a merger of some sort. Its distance is about 200 million light-years by redshift measurement. With plumes, it is about 75,000 light-years in diameter.

I placed DDO 103 high in the field because I wanted to pick up DDO 104 as well. It too is very strange. A comment at NED reads: \"Perhaps a pair?\" Indeed it does have two bright regions at either end of an elongated blue object. NED classifies it as IB(s)m pec: and shows a redshift distance of 110 million light-years indicating it is not at all related to DDO 103. It measures only about 33,000 light-years across in my image assuming the redshift distance.

The only other galaxy with redshift data in the image is LEDA 157146 at the far right of my image. NED has no classification for it. Its distance is almost 520 million light-years. While the smallest of the three in angular size it is actually the largest at a bit over 100,000 light-years. I found little else on it.

I moved the above three galaxies to the right to catch the small somewhat double looking blue galaxy at the far left. I was surprised to find it isn\'t even listed as a galaxy by NED. The only designation it has for it comes from the GALEX satellite\'s catalog of Ultraviolet sources. NED includes these without classifying them further. Most are just hot stars, some are galaxies and a few are quasars. This one is obviously one or two galaxies but since the catalog is simply a listing I have nothing more on it. Is it one or two objects? If two are they interacting or only a line of sight pair? With nothing to go on and no redshift data, I have no idea what I\'ve captured here. Likely two blue galaxies but beyond hat it\'s all surmise.

A couple of other galaxies in the field are listed in the 2MASS but again without redshift data. With so little, I didn\'t bother with an annotated image. 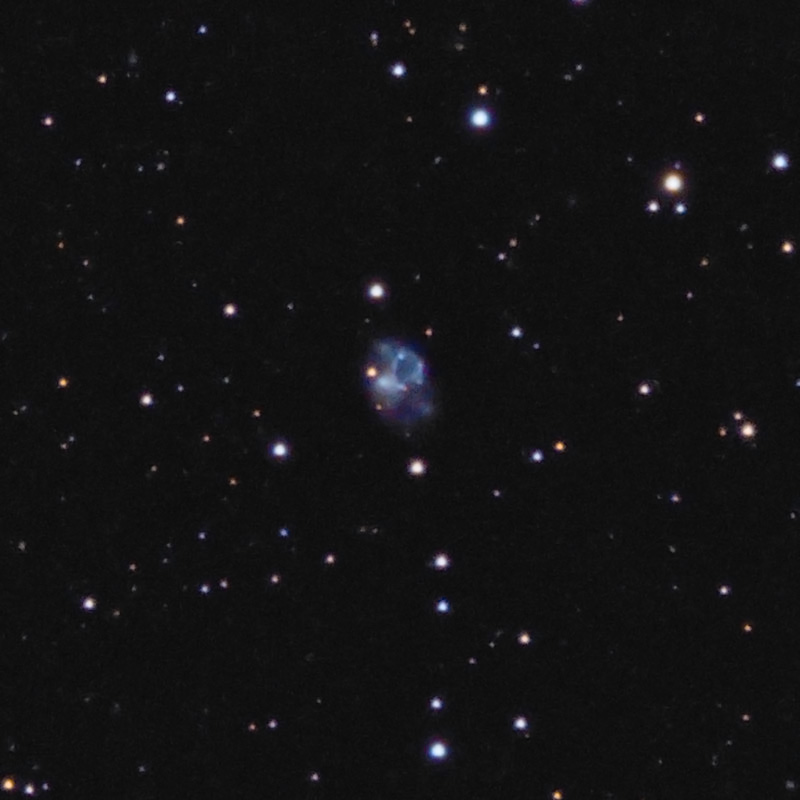 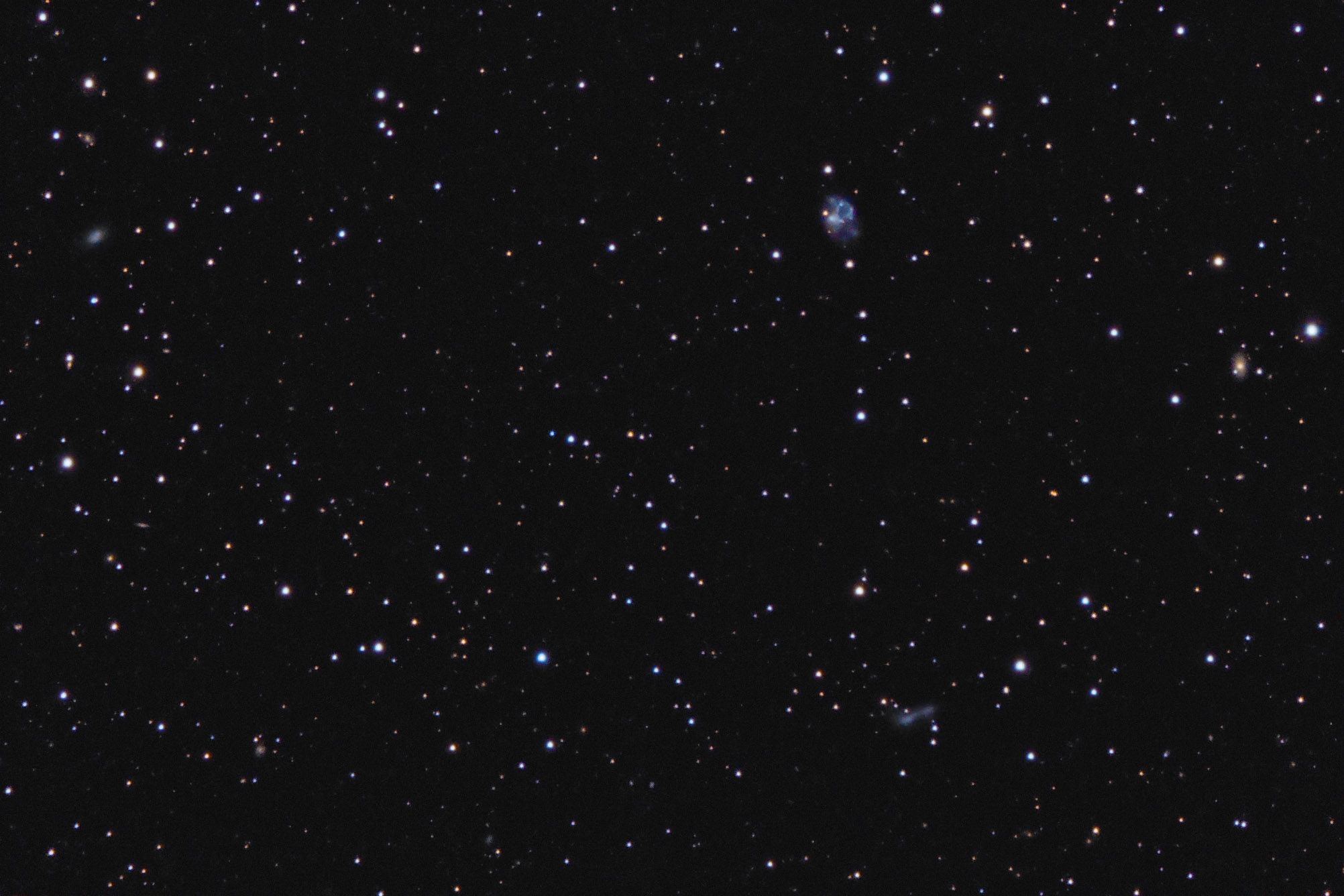