DG 170 is a small reflection nebula in the Cygnus Rift. Unlike most reflection nebulae it is both a bit orange and faded blue in color rather than bright blue as are the other two reflection nebulae in my image. I saw it faintly in the H alpha filter but not strong enough to add that to this image so it is pure LRGB. At the lower left end (southeast) is an orange star that may be the cause of the orange parts of the nebula if it is slightly in front of the cloud. Sticking out of its lower left side is a faint orange-red blob. This was fairly strong in my single H alpha image and is HH899 a hydrogen jet from a protostar. Likely not the orange star. The dust cloud obscures an open cluster known as the \"NAME [C86] L988 e Cluster\" at SIMBAD. There you can find a 2MASS deep IR image showing the cluster that is mostly invisible in visible light. The default is the visual light image so click the 2MASS button for the IR image.

The reflection nebula below is DG 170 that is mostly a blue bar above a blue star is DG 171. The larger and brighter reflection nebula to the right deep in a dark nebula is DG 169. The dark cloud appears to be DOBASHI 2870.

I was first drawn to this field by an Italian Master\'s student who was doing a thesis that somehow involved an object she called [B77] 32. Not having the faintest idea what that was and sure I\'d not taken it I told her sorry but I\'d not taken an image of it and forgot about it. A year or two later I saw that email and looked further and saw it at SIMBAD under the DG 170 designation and added it to my to-do list. Then a few weeks ago I saw this field as a small part of a wide angle shot posted in the Cloudy Nights forum https://www.cloudynights.com/topic/584469-cygnus-dark-nebulae-field-ldn-998 . That caused me to up its priority on my to-do list and on a questionable night cut short by clouds the computer obtained this image. I\'d scheduled some Ha data but all but 10 minutes of that was blocked by clouds. I decided that showed the H alpha to be so weak it wasn\'t worth trying again and went with what you see here. 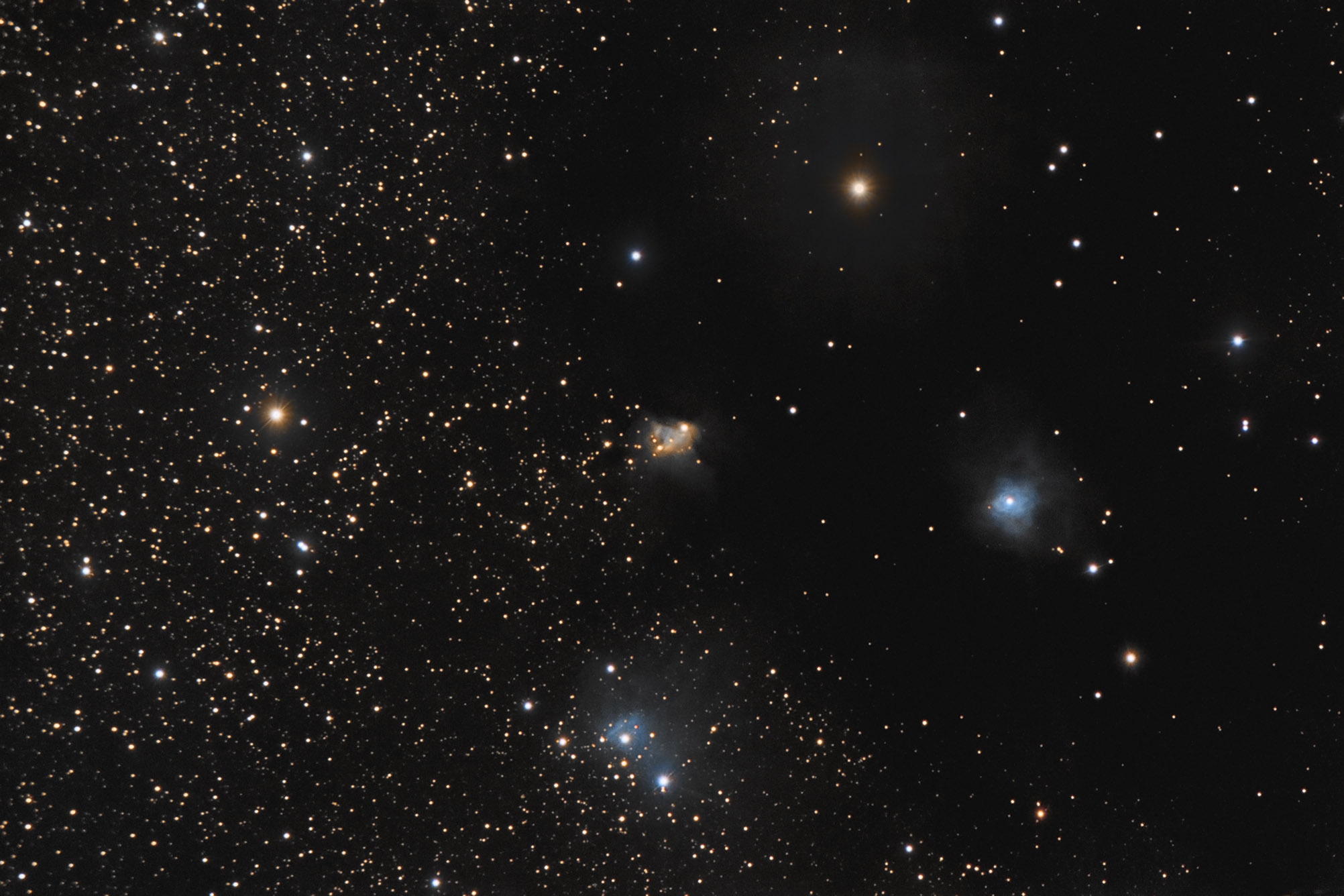 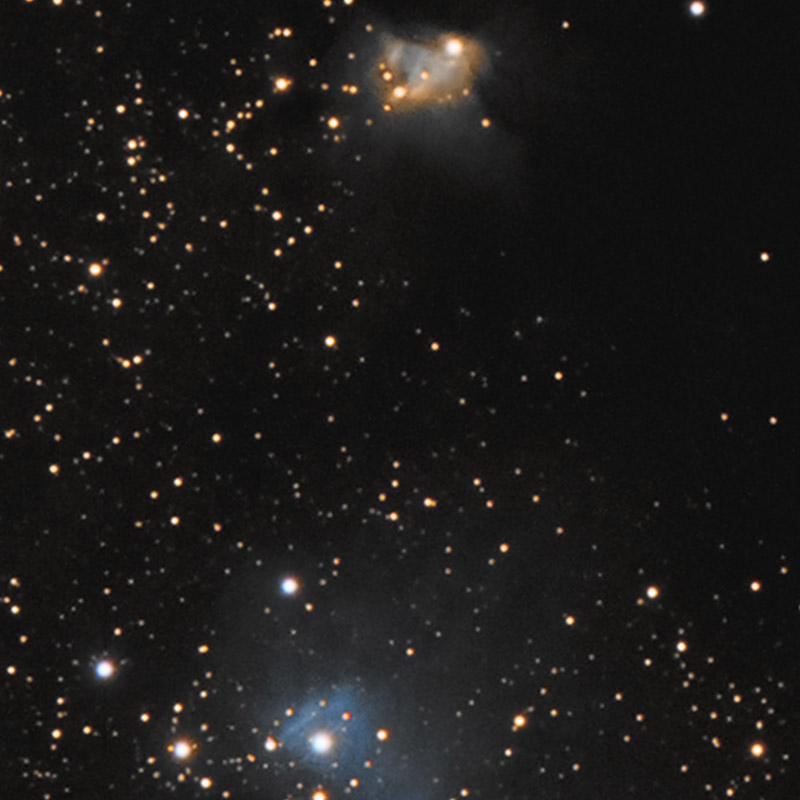