The Double Cluster, NGC 869 and NGC 884 (right to left), are a pair of naked eye clusters in Perseus. While the eye sees them as only an elongated fuzzy patch, at least that\'s how I see it, even a pair of binoculars will show it is two star balls with some resolution of the brighter stars. In even a poor \"dime store\" telescope it is a grand site if it came with a low enough power eyepiece. Most papers and catalogs consider these two clusters to be related, sharing a common halo of faint stars. Thus they formed at the same time and are at the same distance. The APOD astronomers put their distance at 7000 light-years and their age at 13 million years. Wikipedia says they are 7500 light-years away but agrees as to age saying 12.8 million years. WEBDA, however, gives different data for each. It says NGC 869 is 6800 light-years away and 11.7 million years old. NGC 884 is 7600 light-years distant and 10.8 million years old. These differences would argue against their common formation. Since WEBDA seems to be an outlier I will go with the majority and ignore WEBDA.

This was one of my very first color images so very poorly processed. I can\'t even find that I kept the original data though it may be on a backup drive somewhere in the bowels of our storage area. I did a minor bit of reprocessing of the JPG image to remove a nasty gradient. I didn\'t even save the TIFF image so couldn\'t do much with it. Also, it was taken with my old filters that create nasty halos around bright stars like those making up this image. I need to redo it but since common objects don\'t interest me so might be a while, if ever, that I get to it. 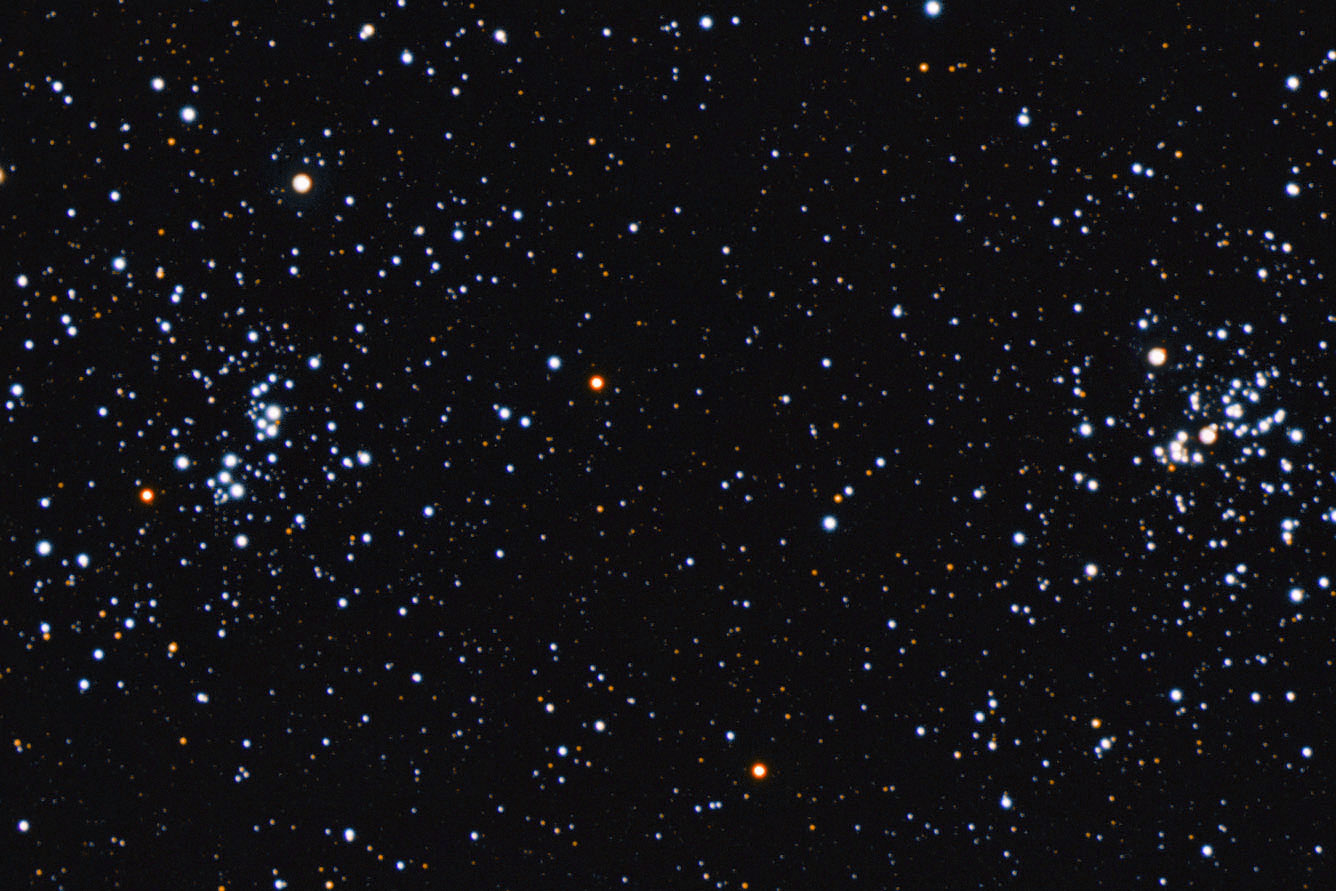