The Egg Nebula/IV Zw 67/CRL 2688/PK 80-6.1 is a bipolar protoplanetary nebula in Cygnus almost 8 degrees south of the North American Nebula. It\'s very uncertain distance is listed at 3000 light years. If correct (a very major if) I measure it at 1.5 light-years in length. The nebula is being created by a dying star but hasn\'t yet reached the planetary nebula stage. The star is shedding its outer layers in pulses every few hundred years. A disk around its equator hides the star from our view. The disk of dust shows as a reddish brown band between the two halves in my image and in detail in the Hubble image. The disk may be partly to blame for the bipolar appearance of the nebula in that it hides the equatorial regions of the gas shells from the light of the dying star. Whether the disk is a true accretion disk is yet to be confirmed however though that is thought likely.

The two jet like features coming from both poles are a bit harder to explain. It may be that rather than one dying star it is two and these are jets from the poles of the two stars. The jets create holes in the dust shell letting more light escape through these holes than elsewhere. A lot more study is needed on this however.

You can read more about it and see the highly detailed HST image at: http://www.nasa.gov/mission_pages/hubble/science/searchlight-beams.html
This is a false color image as it uses IR light frequencies as well as visual ones so doesn\'t represent true colors nor does a very different one below.

Another view from the HST, this time in polarized light where each color represents a different angle of polarization is at:
http://www.nasa.gov/multimedia/imagegallery/image_feature_787.html
Since starlight is normally not polarized the stars are white in the image.

In my image, which I hope is fairly true to visual light colors, shows the two halves have a somewhat different color. The northern half being bluer than the southern. I suppose this is due to the dust shells coloring the light rather than due to emission lines.

Seeing was rather poor when I first took it in November 2012. It has been on my reshoot list for a night of better seeing. That finally happened July 31, 2016. Seeing was about 2.2\" rather than 2.6\" in 2012. So it is a better image but still not what I would like. Seeing better than 2\" is exceedingly rare of late. For an even more detailed image see Chris\' recent post at http://www.cloudynights.com/topic/545211-an-exotic-objet-the-cygnus-egg-using-the-c11ehd-f10-st10xme/ http://www.astrosurf.com/chd/egg.htm

Conditions went bad before I could get a second round of color. Fortunately, for this rather bright object that was all that was needed. 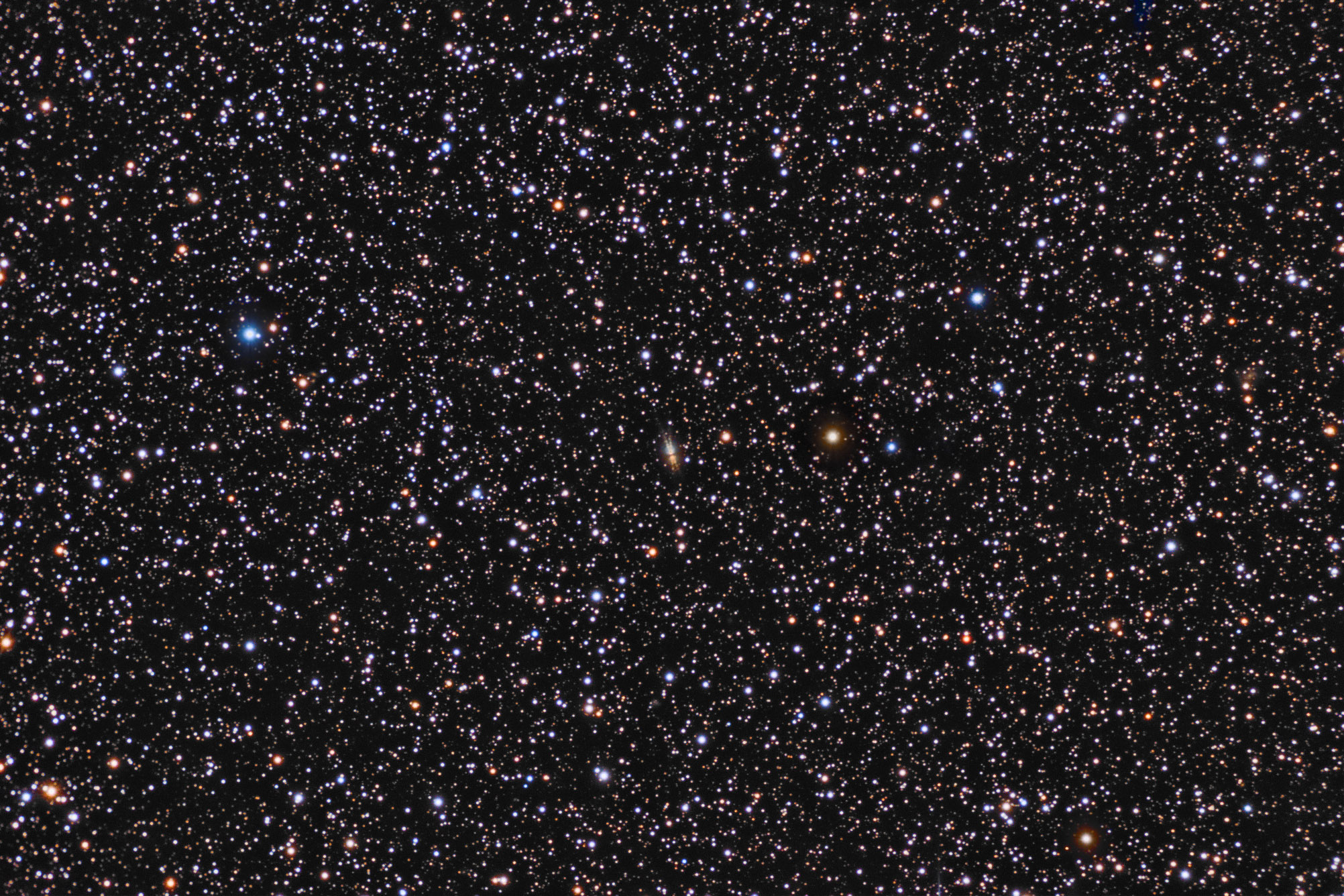 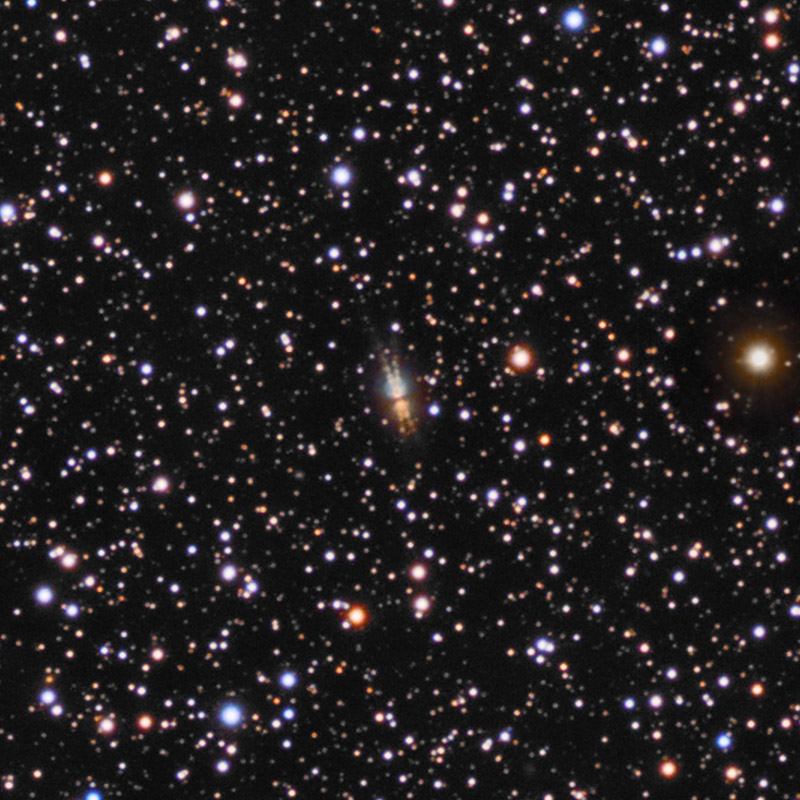