The Fath is a small cluster of galaxies, near the center of the larger cluster Abell 262. Located in Andromeda, it is at a distance of about 210 million light-years and includes many NGC galaxies. See my annotated image for details. The elliptical galaxy, NGC 708, anchors the cluster. I found this explanation for why it is named The Fath.

\"The Fath is named after astronomer Edward Arthur Fath, 1880-1959. There does not seem to be any historical connection between Dr. Fath and the cluster. This suggests that it is named as such, simply because the cluster looks like the letter \'F\'.\" I asked Dr. Pete Schultz (he punched holes in a comet and the moon), who did his undergrad work at Carlton College where Dr. Fath did much of his later work, what he knew about the group being named for him. While Fath was something of a legend at the college this was the first he\'d heard of the cluster being named for him. So far he\'s turned up nothing. If he finds anything I\'ll update this.

NGC 708 is the cD elliptical galaxy that anchors the Abell cluster. The cluster, in turn, is part of the Pisces-Perseus supercluster. Many papers speak of it having a dust lane across the nucleus at right angles to the radio axis of the galaxy. I don\'t see the dust lane in my image. It is likely too narrow for my resolution.

The annotated image notes the catalog name for apparent cluster members. I considered any with a redshift of 150 to 270 million light-years to be a member with the difference due to orbital velocities. Those outside this range are noted only by their redshift distance.

All sources agree NGC 704 is a galaxy pair. The problem is NED and SIMBAD can\'t agree on who is who. NED lists the northern galaxy as NGC 704B and the southern galaxy isn\'t listed at all. NED lists the faint galaxy to the southeast of the pair as NGC 704A which makes no sense. SIMBAD lists the northern as NGC 704A and the southern star-like galaxy as NGC 704B. Adding to the confusion the NGC project points to the lower galaxy to be NGC 704 making no mention of the upper galaxy yet in the text calls it the second brightest of the group. That might apply to the upper galaxy but not the lower. Also, they call it round while the brighter NGC 704B is oval. My head is spinning. Since I use NED as my \"authority\" I\'ve gone with their designations though I consider that wrong in this case. That is A and B galaxies are reverse labeled.

Adding to the mistakes associated with this image is NGC 700 which some sources incorrectly attribute to PGC 6924 to the north. They are correctly labeled on my annotated image.

VI Zw 088 and VI Zw 095 are described in notes as \"neutral fuzzy spherical compact\" galaxies.
PGC 006974 seems to have some tidal sprays off the east and west sides.
IC 1737 appears to be just a double star. The position given is between two blue stars.
UGC 01319 has star clouds in its arms that are brighter than its core. Weird. 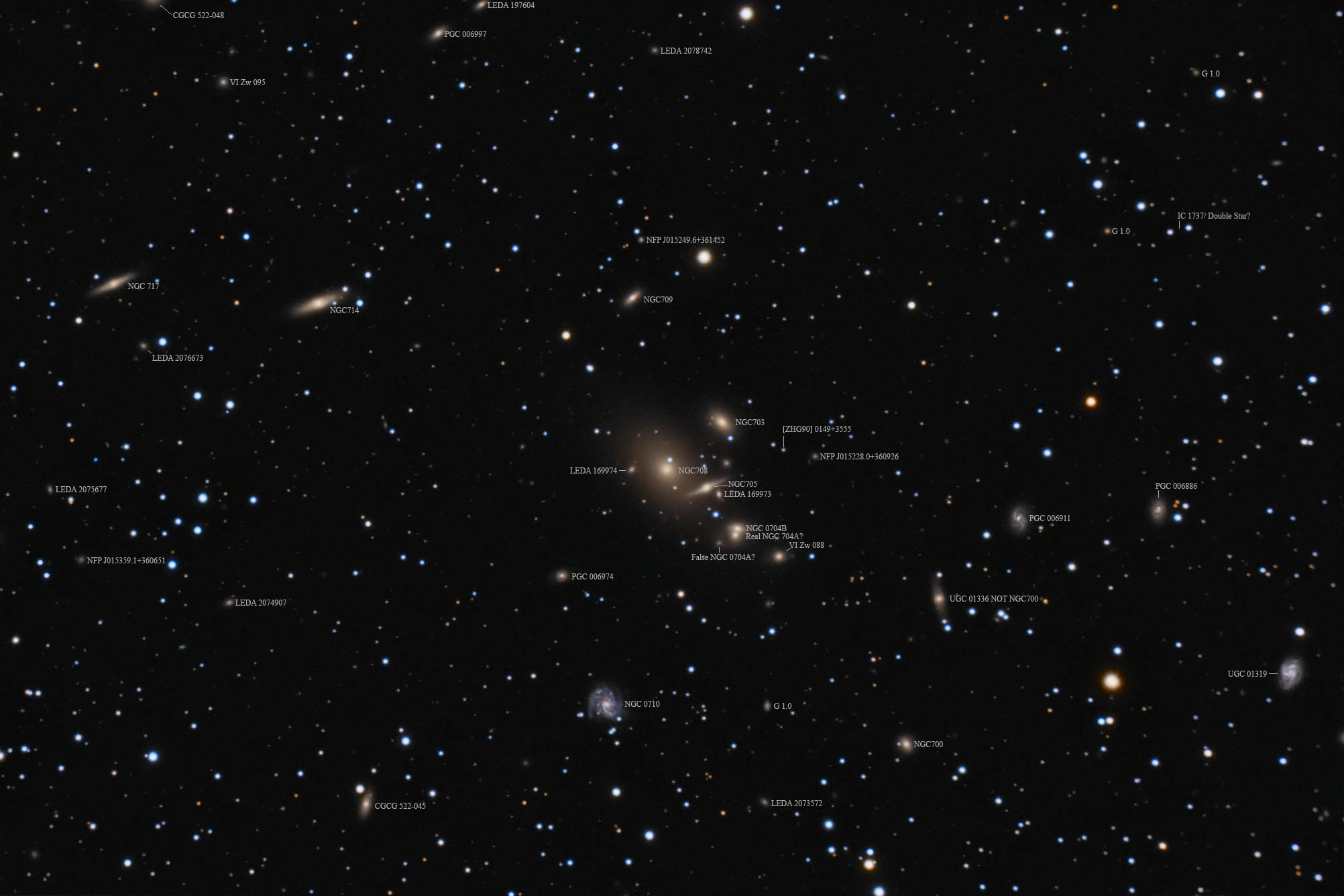 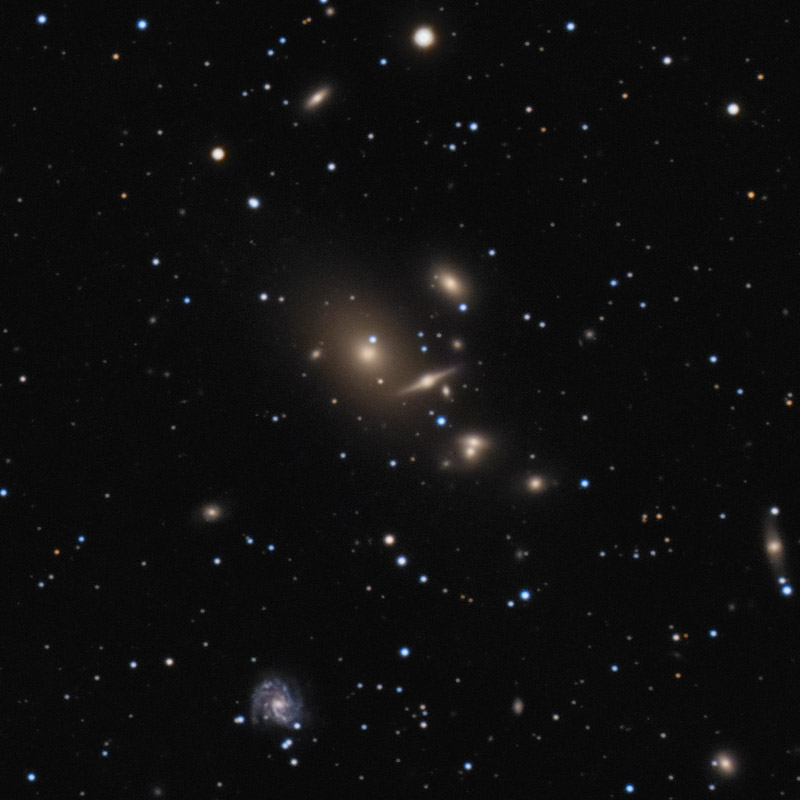 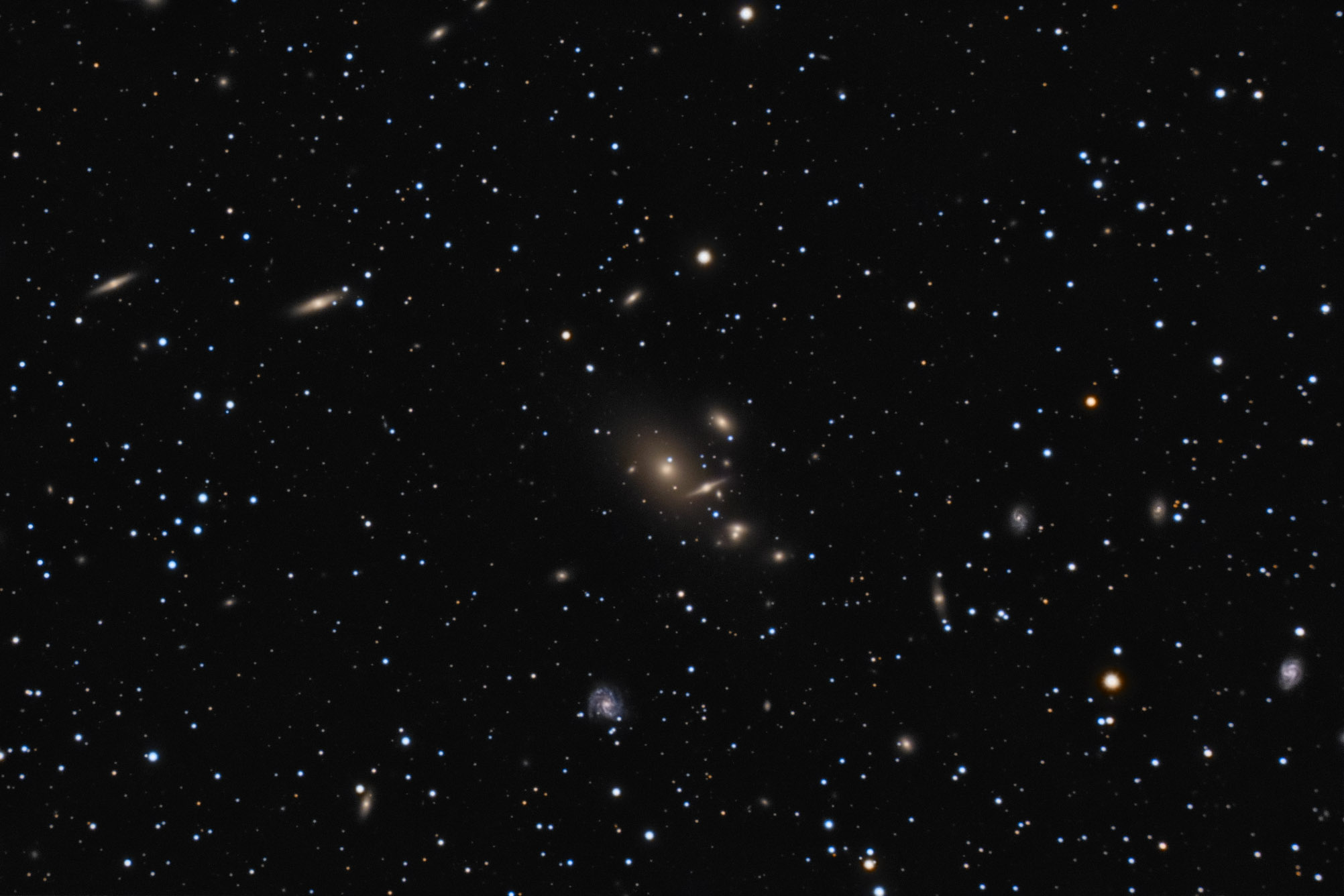