FGC 2512, better known as IC 5329 is, as the name indicates, a very flat galaxy near the center of the Great Square of Pegasus. Redshift puts it about 250 million light-years distant while Tully Fisher measurements say a bit closer at 225 million light-years. One place NED indicates it is a Scd: galaxy though another says Sb. When the galaxy is so edge-on it isn\'t any wonder there are some differences of opinion here.

It has a true companion, IC 5331 if redshift is any indication as that says it too is 250 million light-years distant. But here Tully Fisher measurements say about 270 million light-years. Again rather close to the redshift distance but not all that close to the Tully Fisher distance for FGC 2512. In any case, this one isn\'t so edge-on and is classed as Sab with no disagreement seen.

Unfortunately the night, like the majority of nights in 2012, wasn\'t very good with rather poor seeing for imaging galaxies at this distance. Even after trying on several nights the best frames weren\'t very good so I apparently gave up trying. I threw out more than I used. Of those used three of the luminance frames did have fairly good seeing but horrid transparency while two with good transparency were the victim of poor seeing. Color frames tended to be from that poor but clear night as seeing isn\'t as important for color data.

Only one other galaxy in the image has redshift data at NED. It is [MGW96] 233153.34+205845.4. That\'s the only designation for it I could find. While there are many other galaxies in the image with common catalog entries this is not one of them. To find it look to the very left edge of the frame at the level of the north end of FGC 2512. It looks like a somewhat, rather bright, fuzzy blue star rather than a galaxy. It comes from the Mohr, Geller and Wegner catalog. Redshift puts it at about 1.14 billion light-years. At 16.76 magnitude that is one really bright galaxy. NED has nothing on it. It looks like a blue compact type galaxy to me though with it only partly in the frame it is hard to tell much. With only these three noted in NED\'s redshift data, I didn\'t prepare an annotated image. 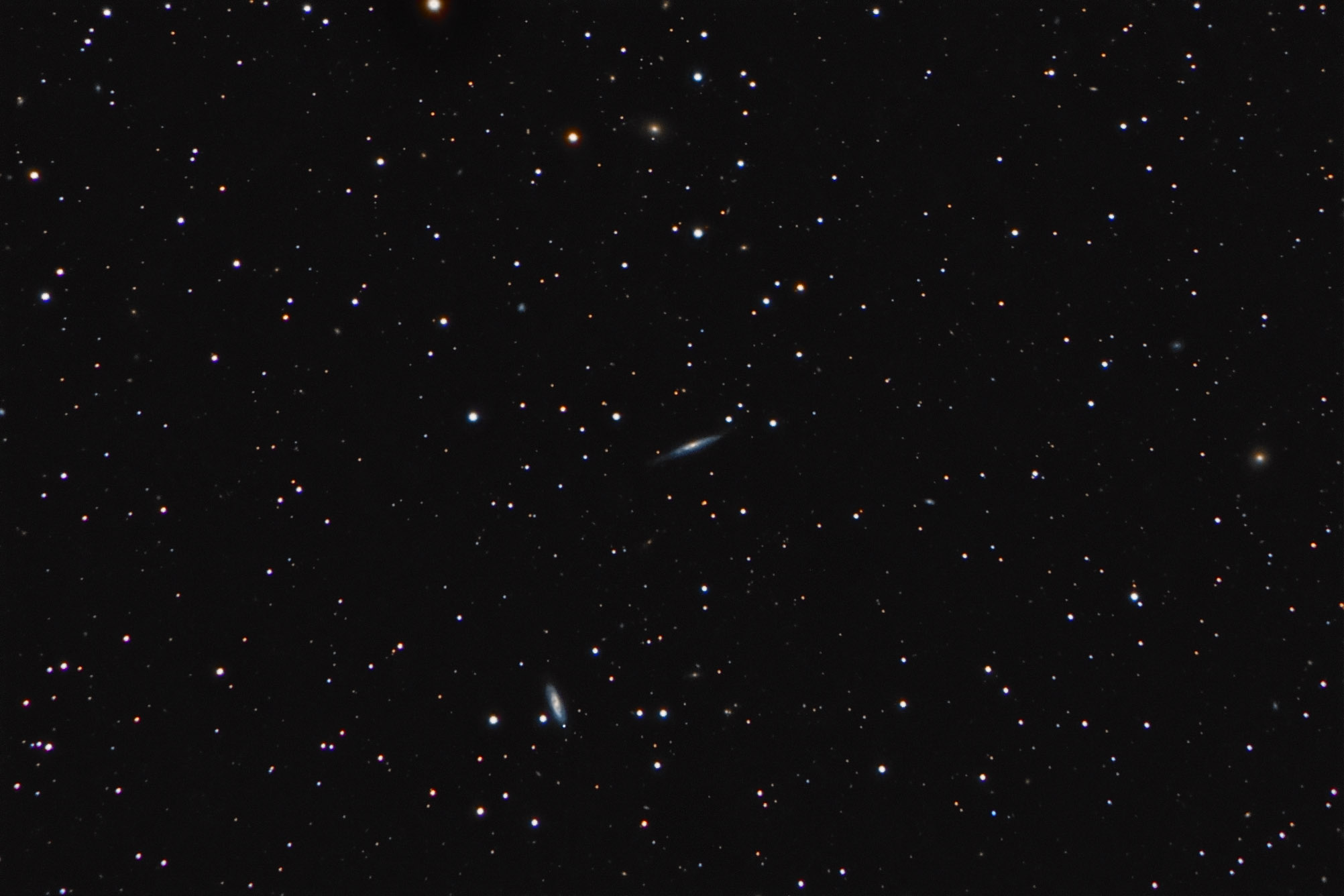 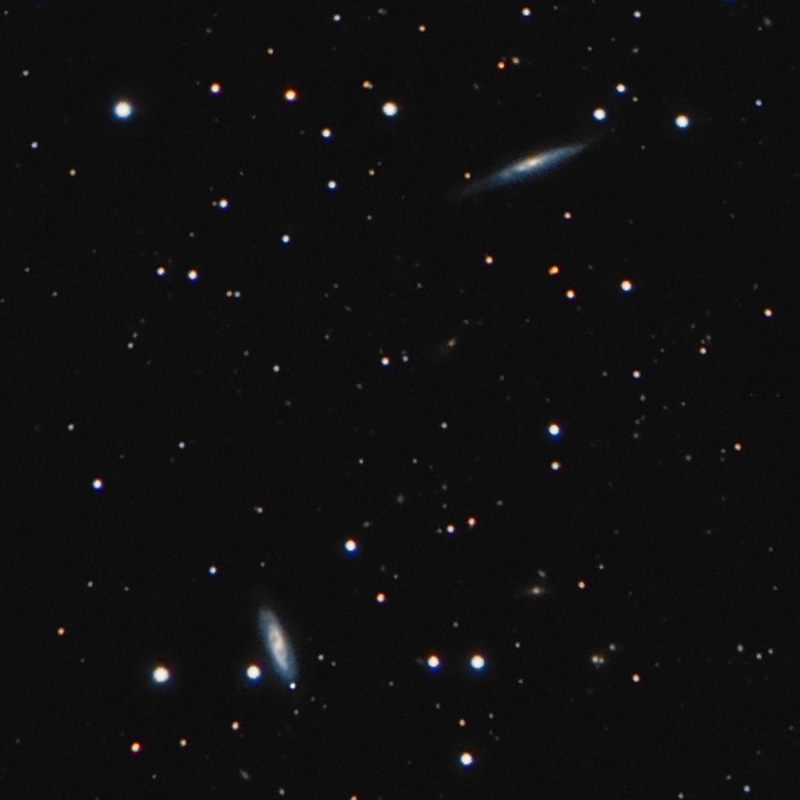