Magakian 102/GN 05.26.7 is a reflection nebula in Auriga about one and a half degrees east of IC 410. A note in the Magakian catalog says \"2-3 nebulae\". I first noticed it on a beautiful image by Tom Davis as a tiny blue object on his image.
http://www.tvdavisastropics.com/astroimages-1_0000de.htm -- link may be dead.
I added it to my to-do list. Soon thereafter it was in my imaging window. Of course, this was February 2011. Turned out to be a worthwhile object. Two stars to the north also seem to have small reflection nebula around them. I wasn\'t able to find any catalog entry for them at SIMBAD. Could these be what the note in the Magakian catalog is referring to? The Magakian catalog is a compilation in RA order of many different catalogs of reflection nebulae; RK, VdB, VdBh, Ber, NGC/IC, GN, BBWo, Ced, SS, and a few others but not LBN. It contains 913 entries.

Notice the drop off in stars to the upper left of my image compared to the rest of the image. It appears the nebula is only a small illuminated area of a much larger dust cloud.

Virtually nothing is known about this object that I could find. It appears to be illuminated by the variable star V610 Aur/GSC 2407:767 which is the bright star within the nebula. It is an eclipsing binary with a period of 1.6192 days. The combined spectral class is B5 explaining its vivid blue color. The brightness ranges from 10.75 to 11.07 with a secondary minimum of 10.85. That\'s about all I could learn about this field.

There are two, make that 3 asteroids in the image, I almost missed them: (30778) Doblin and (39884) 1998 ET11 at magnitudes 18.2 and 18.5 respectively though it appears that Doblin is the fainter of the two in my image. It also hardly moved so is hard to see as an asteroid but for the red, green and blue dots after its luminance trail. Doblin\'s name citation reads:

The third is (102161) 1999 RM217 at magnitude 18.3 It is moving nearly vertically at the very end if its retrograde cycle. Thanks to Robin Geys of Belgium for pointing it out. Unfortunately, that was after I made the annotated cropped image of the other two. To find this one use the full image and look near the left edge (about 1\" in) and about one third of the way down from the top. 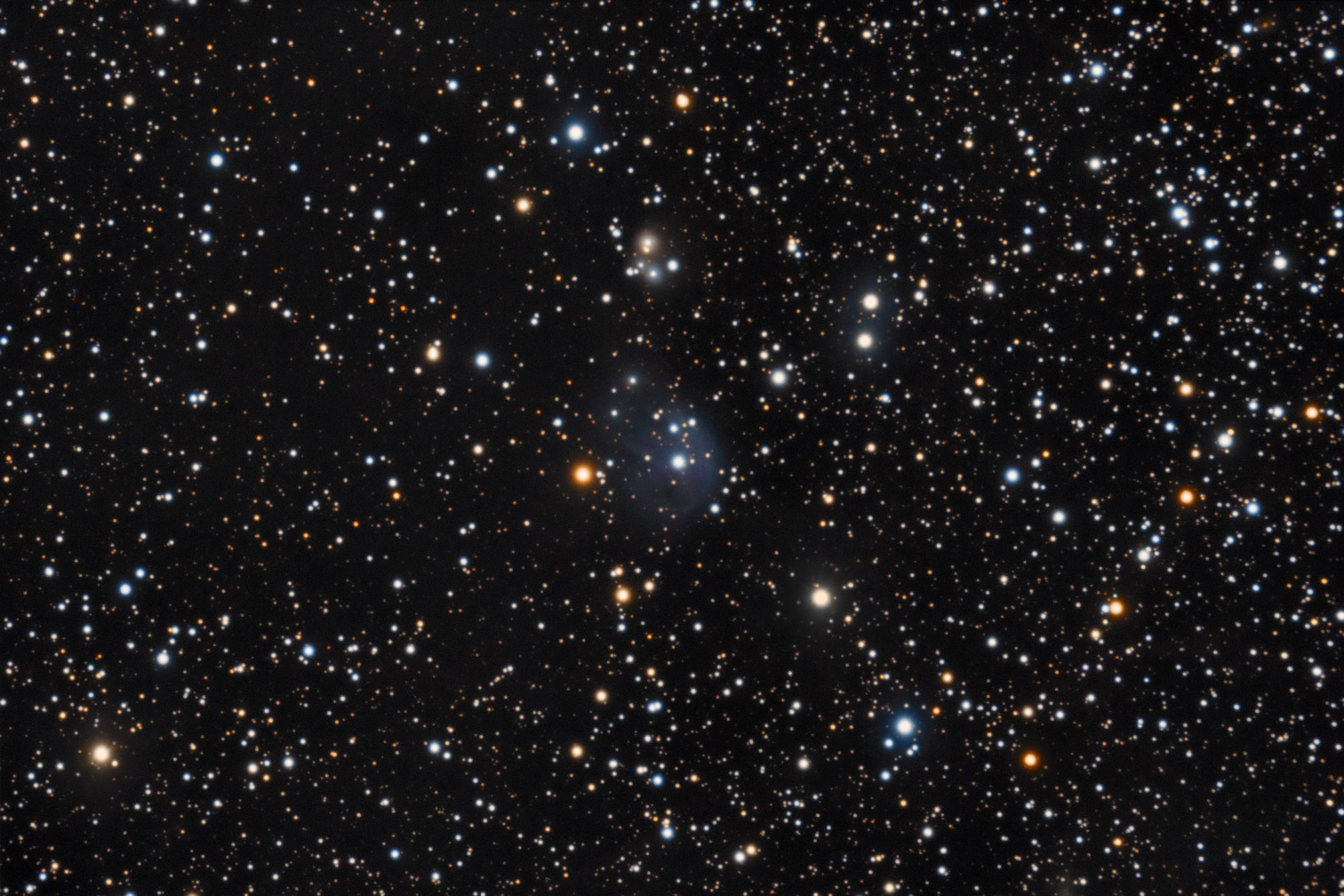 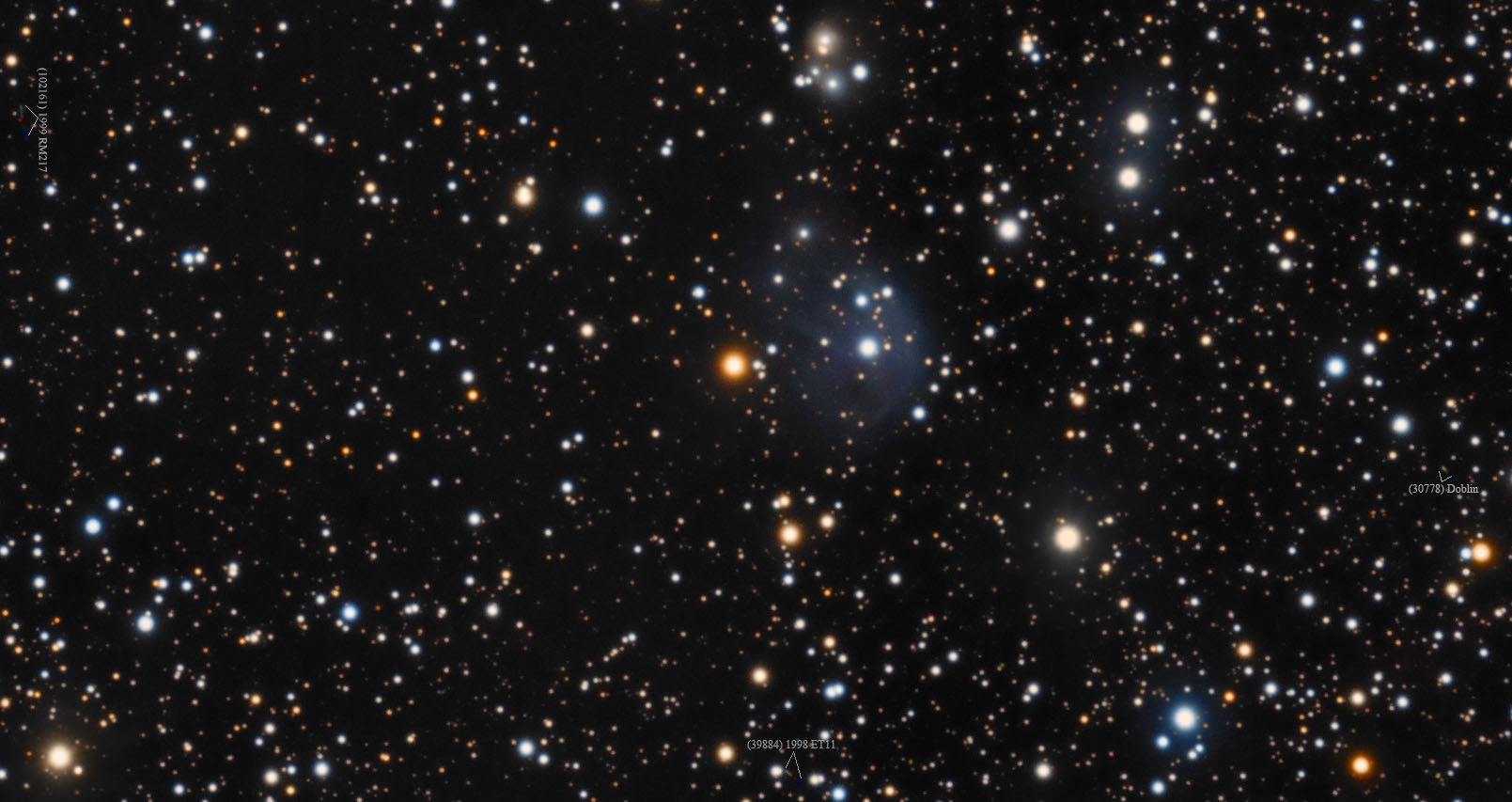