Magakian 104/GN 05.28.8 is a beautiful blue reflection nebula in the larger nebula of Ced 51 that gets nowhere near the respect it deserves. It is in the head of Orion. Apparently, it is lost due to the other showpieces in that constellation. I can\'t find much on it at all.

My image was hurt by a haze that varied from thin to rather thick robbing me of lots of photons and creating large halos around stars as well as fuzzing detail. Blue was especially hard hit with large halos around even red stars. Removing them was nearly impossible and took far more time than the image is worth. But with my horrid 2012 conditions that is the norm it seems. I\'m getting to be a broken record on the subject. It\'s frustrating spending several hours more to process an image simply because of what the weather did to my data.

The small dark nebula in the red emission nebula at the top of the image is LDN 1584. Out of the frame at the top is the much larger and darker Barnard 32. The entire field including Barnard 32 can be seen at http://www.astrobin.com/30585/B/ . The image is mirror flipped with east on the right instead of the left. I hope that doesn\'t bother you as much as it does me. It was taken under far better Arizona skies. 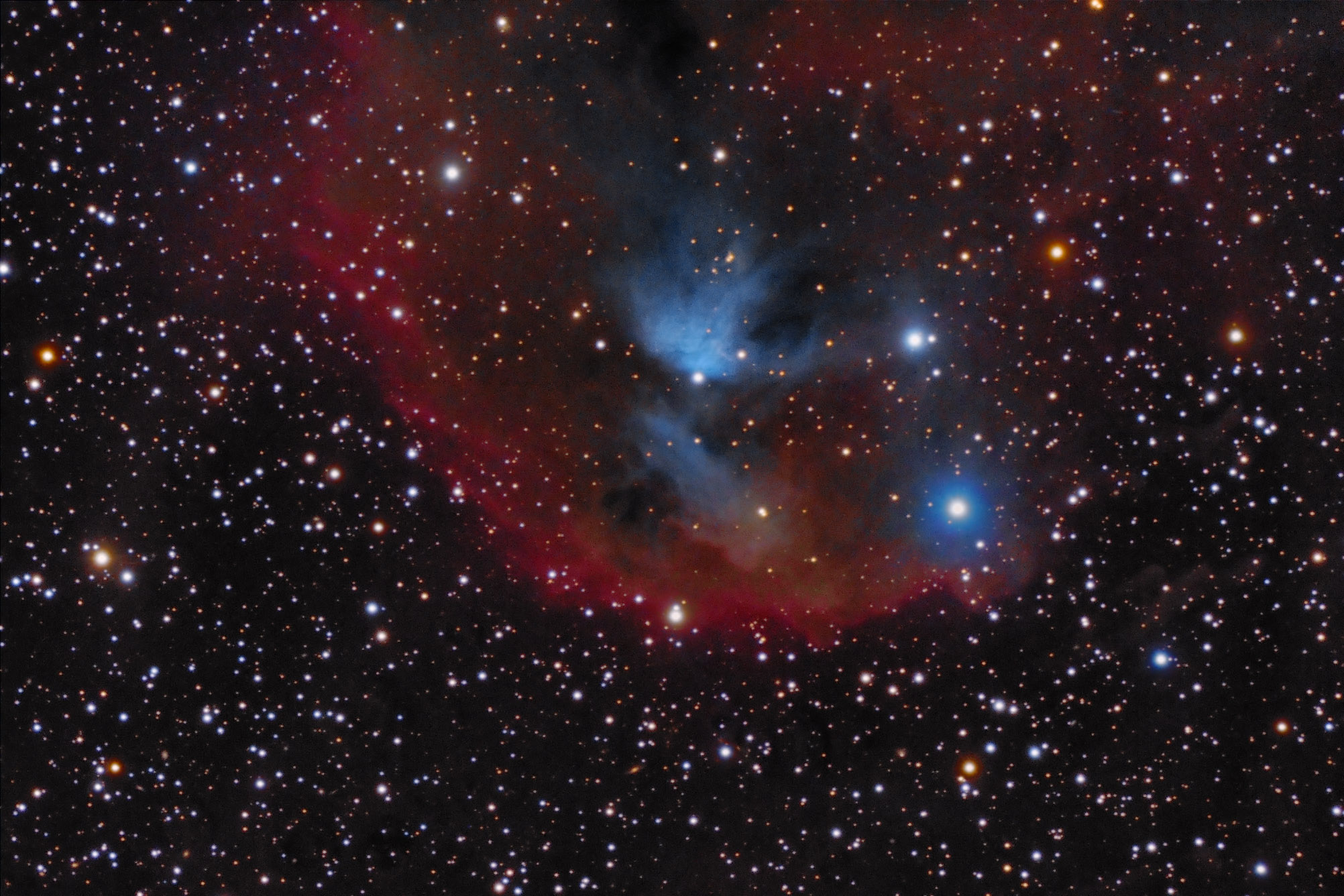