HCG 051 is a group of 7 galaxies in northwestern Leo. The two brightest galaxies are NGC 3651 and NGC 3653 both discovered by William Herschel on April 10, 1785. A third galaxy is IC 2759. It wasn\'t discovered until over 100 years later by Guillaume Bigourdan on April 24, 1897. The others apparently escaped discovery until after Dreyer had finished the NGC and its IC entries. I have nothing on their discovery. Hickson published his list of 100 groups in 1982. With 7 rather large and bright members it is one of the richer groups on his list yet not all that well known.

HCG 51F, aka PGC 034899 is the strange galaxy of the group showing either a very sloshed core drawn to NGC 3651 or a plume. I found nothing on it to decide the issue. Another possibility is that it is entirely normal and the northern half is just lost in the stars of NGC 3651. It\'s disk stars are a bit bluer than those of NGC 3651 so I\'d have expected them to stand out thanks to the color difference but I don\'t see that either in my image or the Sloan survey image. I found no other images online to help here.

In the upper right corner is the galaxy PGC 034804. NED classifies it as an Irregular galaxy. To me it is an obvious two arm rather open spiral galaxy. Say an Sb or there about. Thus I added \"??\" after NED\'s classification. It, like many in the image, appears to be a member of the same group as the HCG 051 galaxies. Just a much smaller member than the main ones making up the group itself.

The Minor Planet Center reported 2 asteroids in the image. I can only find the fainter one. Its trail is very short and is at 20.4 magnitude by the Minor Planet Center\'s estimate. the other is 20.0 by their estimate but its track is similarly short and entirely within ASK 624844.0. Being brighter I was unable to find the asteroid. The one I could find is lost in the annotated image but is due south of the HGC group below the densest section of the annotated image.

This brings up a problem I had annotating it. Normally I just ask NED and Adladin to mark those in my frame with redshift data and I annotate those. Sometimes one or two are too faint but that\'s rare unless my night was poor. Sometimes this results in only a few galaxies, with 25 to 40 being normal and once in a while up to 100. But when I did that for this field I about had heart failure. It returned 12,892 galaxies. The result was an image nearly totally white with marked galaxies. What happened? I was sure something was wrong so got the data for one and checked my image. It was there. Then another and another with the same result. Then I tried another that was marked as being taken with a red filter. My camera is very insensitive in deep red. It wasn\'t there yet at magnitude 21.1 was brighter than a green one of 22.5 magnitude I easily saw. Then I noticed that almost all of the \"extra\" galaxies came from a catalog I\'d not heard of the RCS catalog. That stands for \"Red-sequence Cluster Survey\" I suppose that explains all the red photometric magnitudes. All from that catalog had photometric redshift calculations rather than spectroscopic I was used to in most cases. These are much cheaper to obtain in bulk but not as accurate. Still, they usually give a reasonable estimate. As usual, those are noted with a \"p\" after the look-back time distance.

Now I had a problem how to annotate these. In the 5\' center of the image (not the center of the cluster but close), I chose to annotate those brighter than 21.0 magnitude. I soon came to realize this was not going to work. I downloaded all 12892 entries into a text file then sorted out those dimmer or equal to 21.0. That left a huge file. I didn\'t try to count them but over 1000 I\'m sure. No way that was going to work so I dropped my limit to 19.99 or brighter. That left me about 140. I gulped and dove in. I didn\'t have the aids I normally have as I never figured out how to limit NED and Aladin to my 19.99 limit so had to find them the hard way. Took some 5 hours. I\'ve got to find a better solution if that RCS catalog is now widespread in NED. I\'ve not had time to go check. But thanks to its photometric distance data hundreds of SDSS and 2Micron galaxies that had no redshift now do. I suppose one answer is to eliminate all NED notes as being photometrically determined. That would put me back to where I was before but since I can\'t, as yet, find a way to filter Aladin to do that I\'ll still be doing it the hard way. 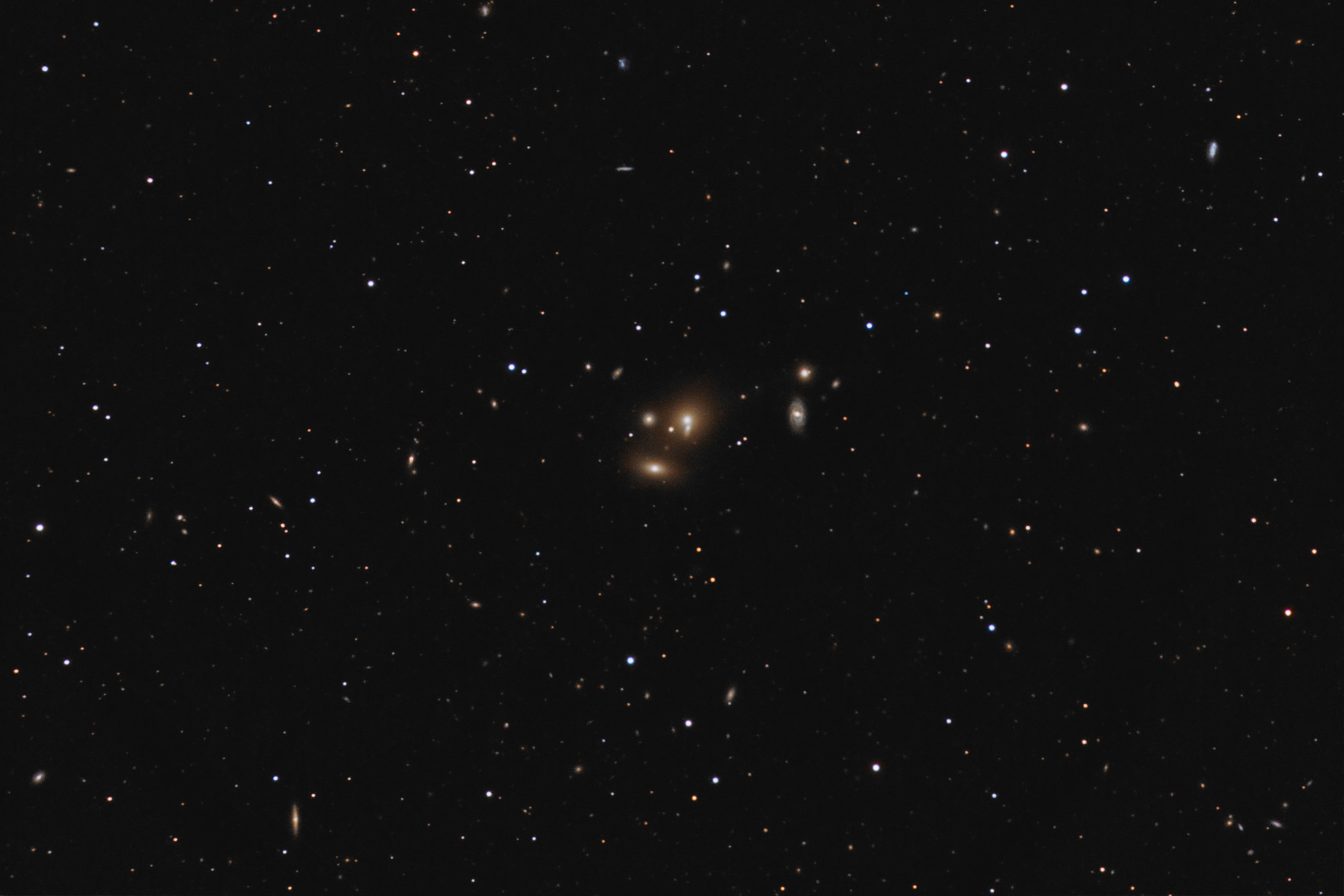 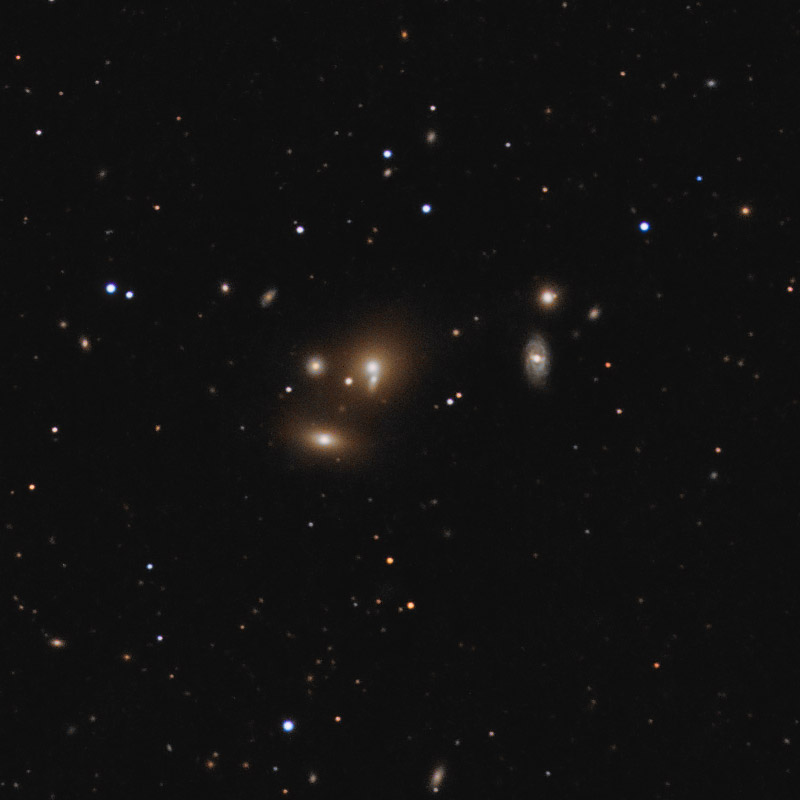 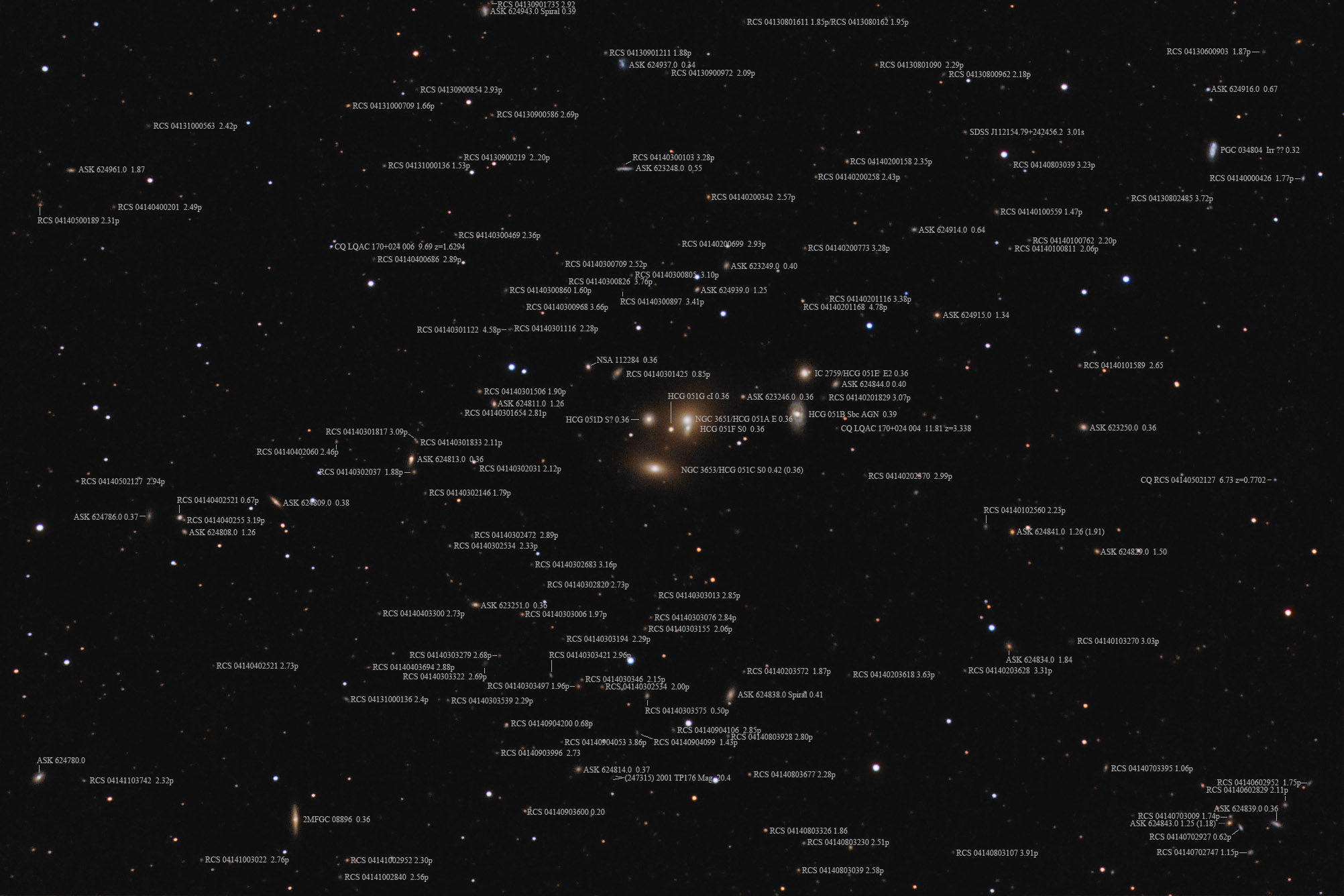