Seeing turned poor this night. I searched for something I thought could sort of survive the bad seeing and chose the Hickson 76 group as it consisted of mostly featureless galaxies. Not checking further I put it on the schedule and went to bed. Seeing got worse and it turns out this field was far more interesting than I expected. Now too late to redo it this year I went ahead and processed this low resolution mess. I\'ll try again next year.

What I didn\'t realize is that HCG 76 forms the core of the ABELL 2085 galaxy cluster at a bit under a half billion light-years. This cluster virtually fills my field. HCG 76 itself consists of 7 of the brighter members in the core of the ABELL cluster. Three are NGC objects. There is some controversy over 2 of these. It\'s too long to go into here so I\'ll just let you look it up at this link: http://www.ngcicproject.org/NGC/NGC_59xx/NGC_5941.htm . The link may be temporary. It is to the NGC Project which shut down upon the death of the fellow administering it. A temporary version is online as I write this. If it changes once the site has been fully restored it shouldn\'t be hard to find the entry.

In short, I followed the above site for designating the three NGC galaxies in the HCG group even though that puts NGC 5941 east of NGC 5942 so out of RA order. Seligman follows the same system but makes no mention of its problems.

The other NGC galaxy in the frame is the biggest and brightest. It is NGC 5940 and the lone bright, face on spiral. It has a rather odd arm structure on the east side that creates the appearance of a dark vertical stripe or dust lane. I think it more to do with the odd arm structure than obscuring dust. I measure its size at about 130,000 light-years.

All 4 of the NGC galaxies were discovered by Lewis Swift on April 19, 1887. Unfortunately, his positions tended to be rather vague leading to the identity confusion.

The field contains the usual mix of objects that are labeled in the annotated image. To the upper left is an object that is listed as both a galaxy and a quasar. It has a fuzzy image on the SLOAN image with a size greater than that for a point source quasar. Apparently, it is a quasar that doesn\'t outshine its host galaxy allowing a bit of the galaxy to be seen. It helps that it is about half the distance of most other quasars.

Seeing was very poor. I probably should have reduced it to 1.5\" per pixel from my normal 1\" per pixel but that made the annotated version hard to read so left it at a very fuzzy 1\" per pixel. 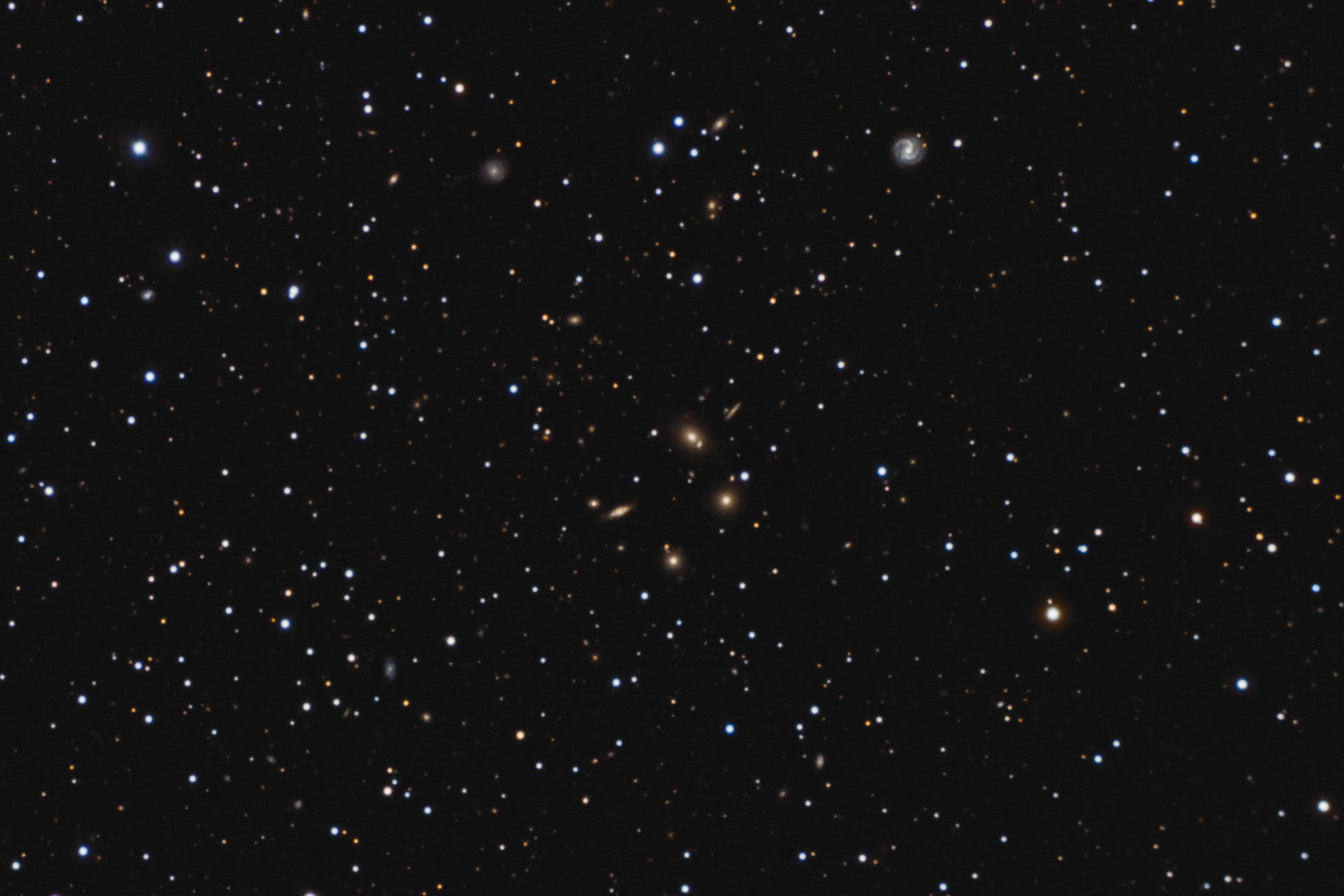 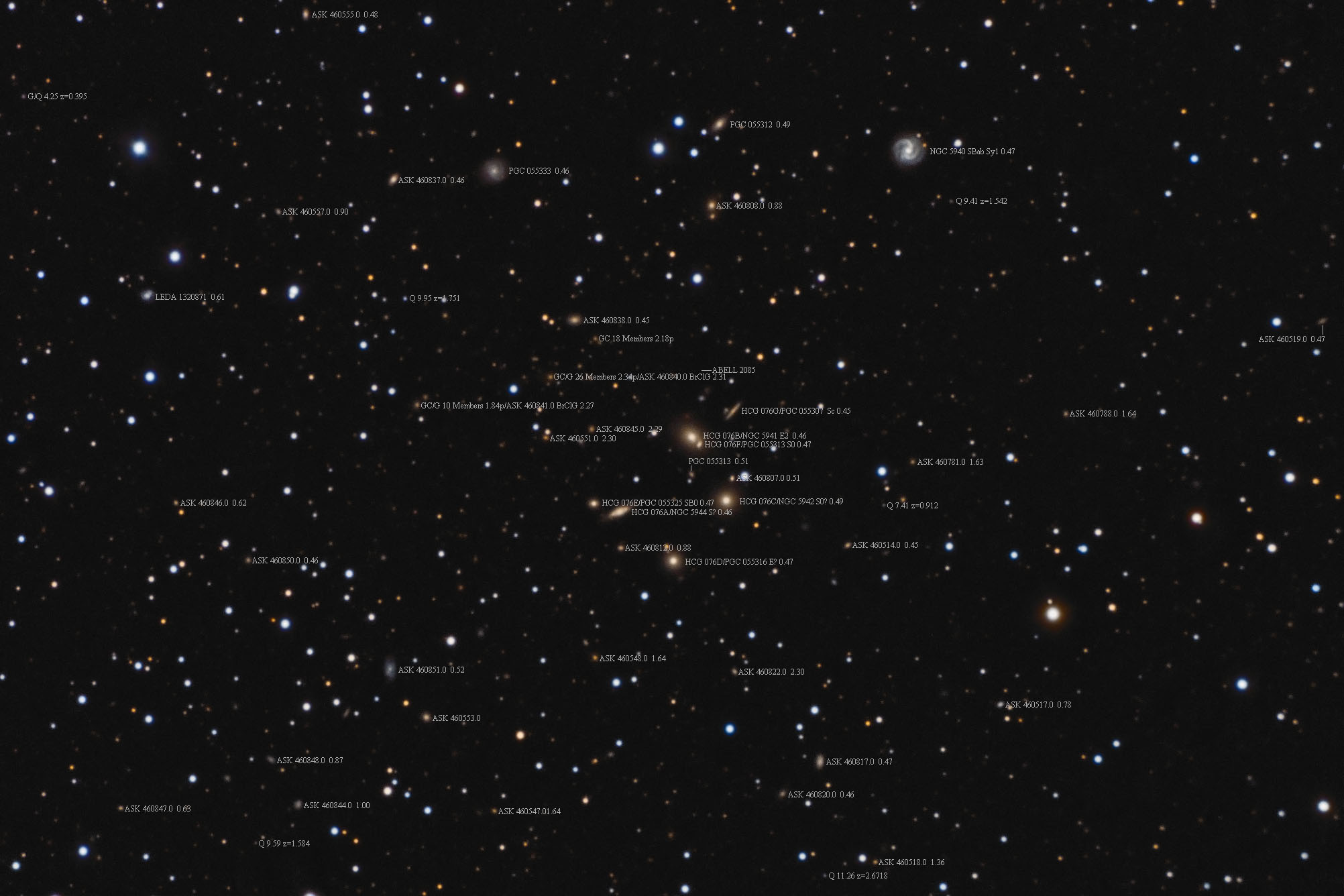