This was the most compact group of galaxies known when Seyfert discovered it in 1951. The group consists of only 5 rather than 6 galaxies like the name implies. 4 of them are about 200 million light-years away. The fifth, the small spiral to the east side under others, is well over 4 times as distant so not a member of the group. Three of the group appear to be interacting, the easternmost so distorted it was thought to be two galaxies giving rise to the 6 galaxy count. The extra galaxy is just a large plume, however. The group was first recorded by Édouard Stephan as one galaxy which went into the NGC as NGC 6027. The individual galaxies carry their own letter designation but that varies from catalog to catalog with some using lower case letters and others upper case. All have PGC numbers but again I find some disagreement as to which is which. A quick calculation shows the interacting galaxies occupying an area of space only slightly larger than our galaxy. I do find the southern blue galaxy odd. I suspect it isn\'t interacting nearly as strongly with the others, if at all.

This is one of my early 2007 images when I did no research on my images though I see I tried to do some for this one and got lost in the various naming conventions I ran into. I don\'t have time to fight it right now. I\'ll just add that the galaxy on the far left of my image is PGC 56636. It is at about the same redshift as 4 closer members of HCG 79 so likely part of their local group. 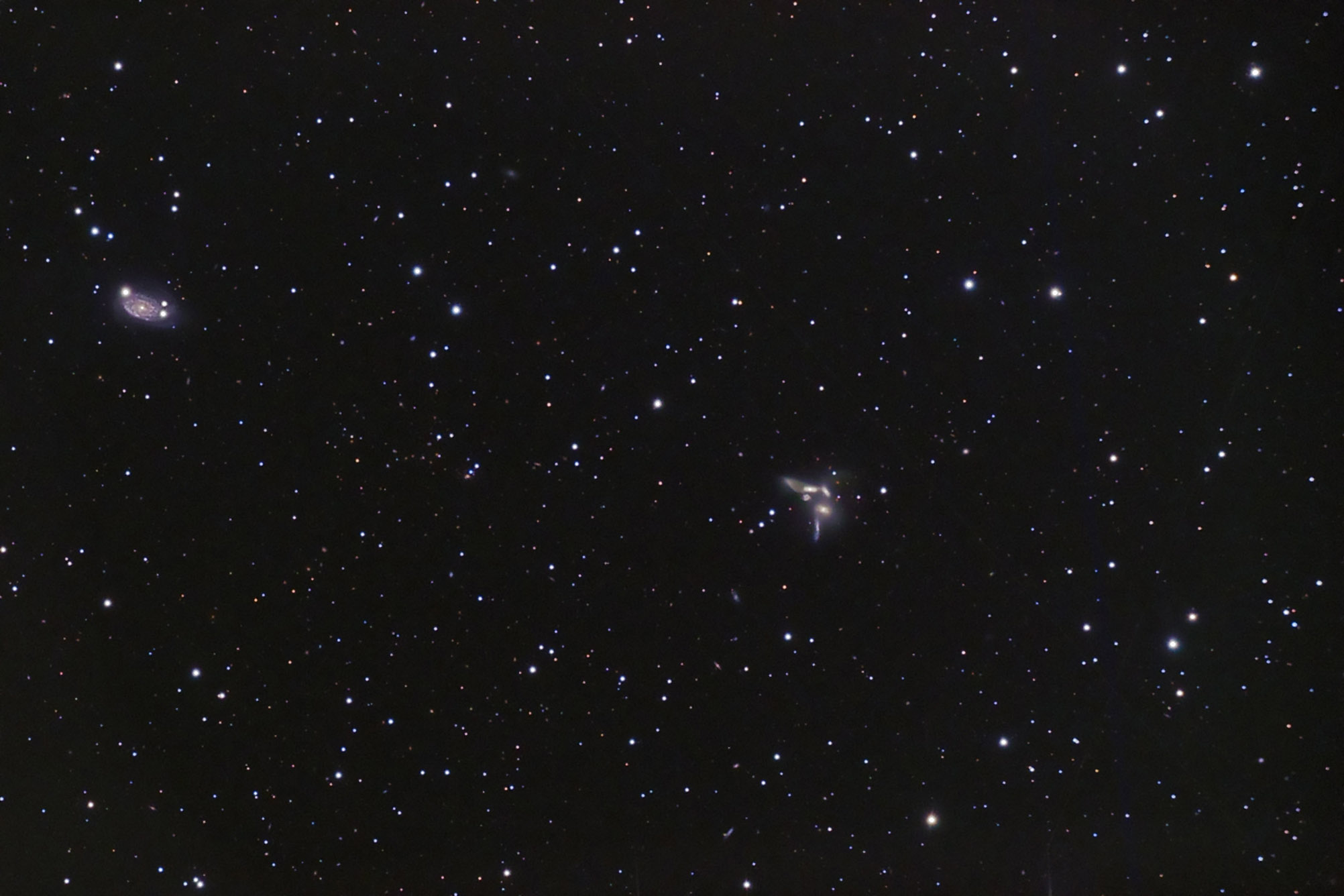