HCG 84 is a group of 6 galaxies in Ursa Minor, The Little Dipper, a bit northeast of the bowl. 5 of the galaxies are about three quarters of a billion light-years distant while the 6th is twice as distant at 1.39 billion light-years by redshift. Hickson made the assumption that if a galaxy was similar to the others in the group it likely was the same distance. He knew there\'d be exceptions. I measure the size of HCG 84A at just under 200,000 light-years so it is a huge E2 galaxy. Obviously, its gravity is anchoring the group. HCG 84E is the smallest galaxy of the group at only 36,000 light-years. Distant HCG 84F is twice as large at 67,000 light-years, its greater distance making it appear nearly as small.

Hickson apparently lettered the galaxies in a group with A being the brightest and on down the magnitude scale. In this case, 84B and 84C appear reversed with C being 0.04 magnitude brighter than B according to NED. I assume this difference is so small that the magnitudes Hickson had available may have easily been the reverse. Being small and the most distant 84F is the faintest at magnitude 18.42 while A is magnitude 15.77 thus barely visible to say a 20\" telescope under dark skies.

Being very far north at 77.75 degrees the field is poorly studied. I found redshift values for only the Hickson group galaxies. NED lists only 19 other galaxies in the area, a couple are out of my field. None have even a magnitude estimate let alone distance data. This makes for a rather sparse annotated image but I felt it needed to identify the members of the group. 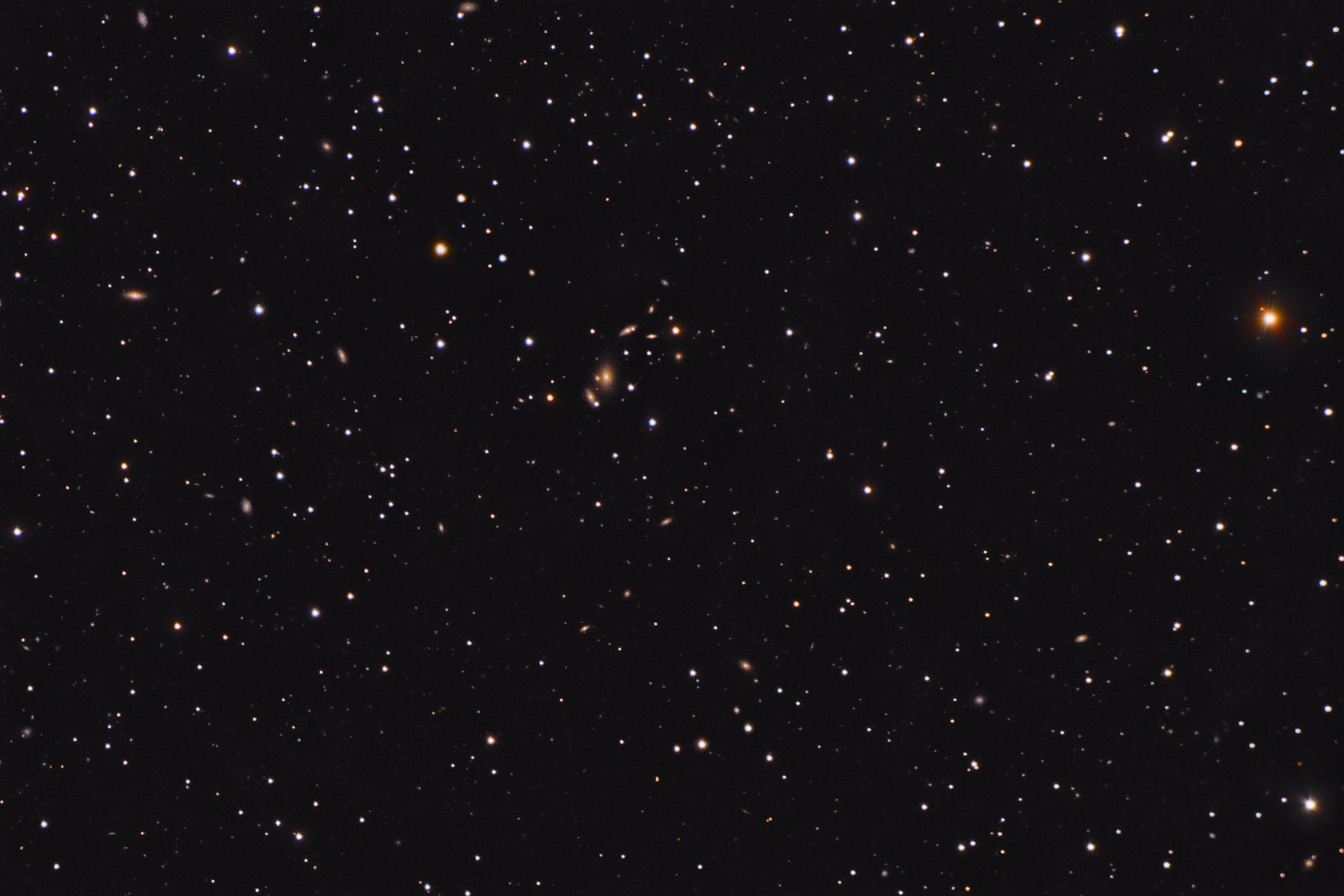 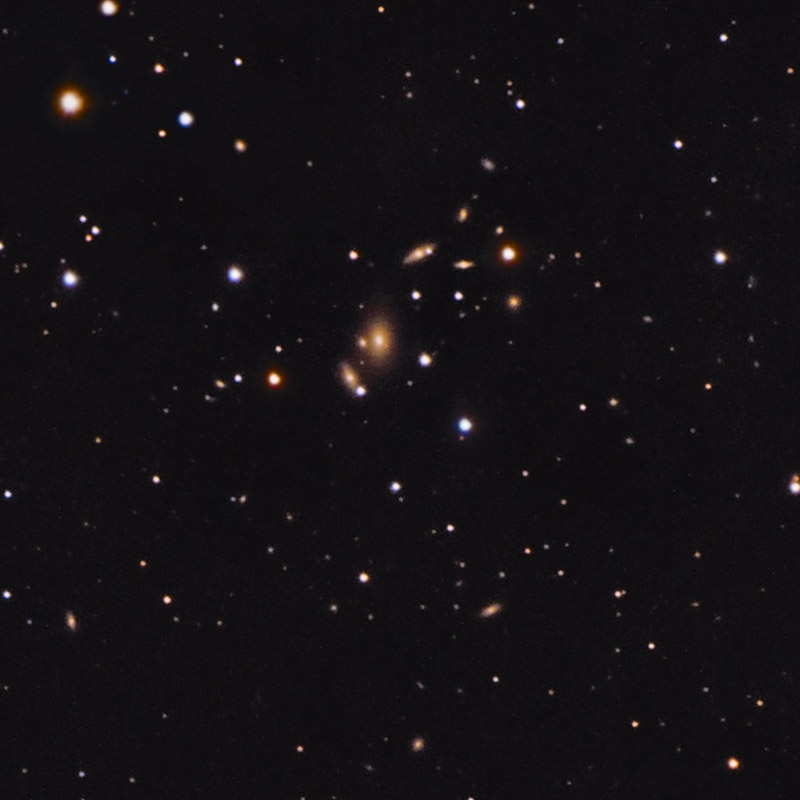 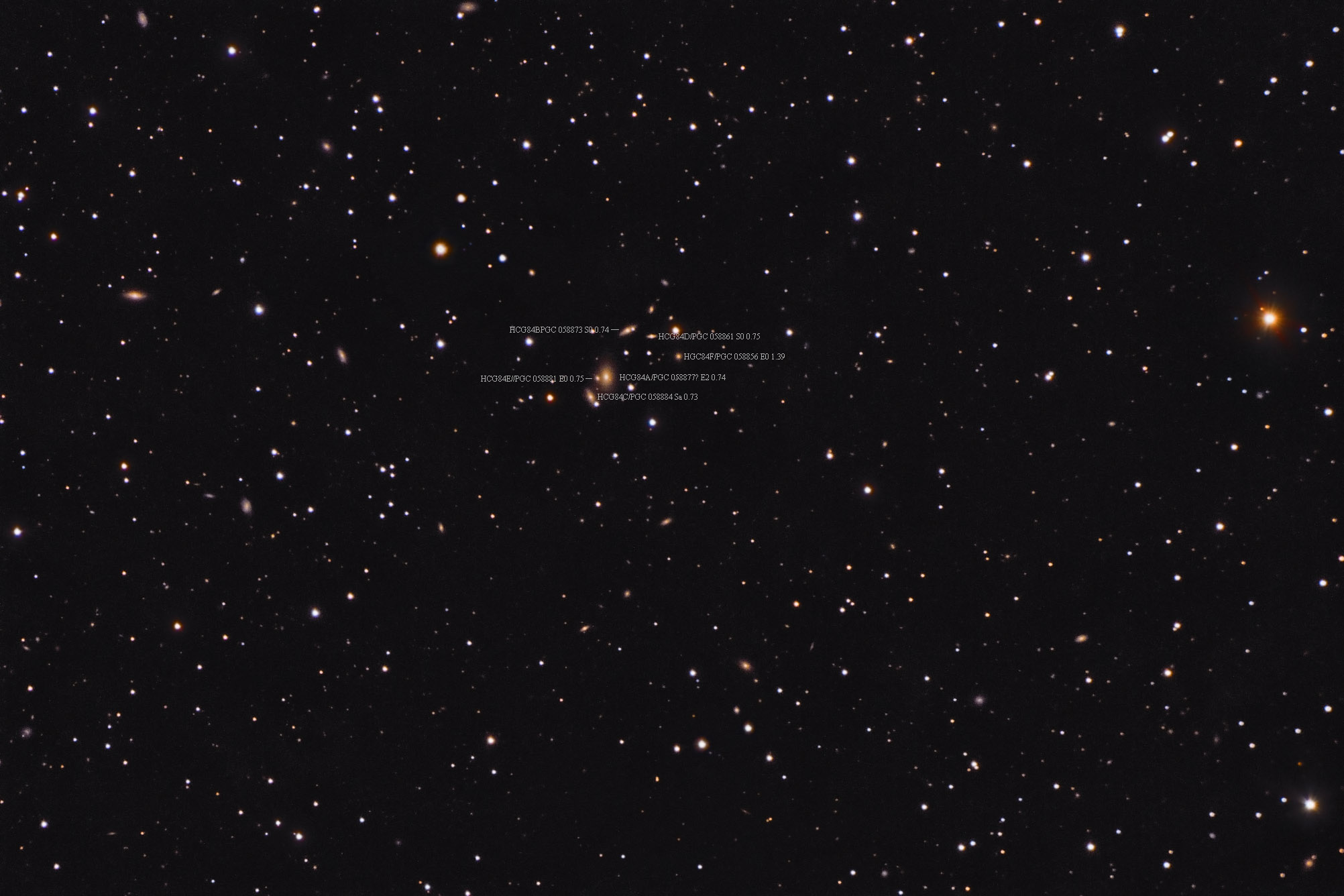