Hoag\'s Object is the name this galaxy got when first discovered by Art Hoag in 1950. It is about 600 million light years distant and about the size of a typical large spiral galaxy like our own Milky Way. Hubble imaged it in its high resolution though the image uses false colors so the core is an odd yellow color. Oddly, there\'s a much more distant ring galaxy seen through the gap between the core and the ring. It shows as only a discoloration in my image.

You can read more about these oddball galaxies at:
http://heritage.stsci.edu/2002/21/lucas_files/lucas.html
See the link below for a photo taken at Kitt Peak of this galaxy and read their take on it.
https://www.noao.edu/kpvc/Prog/galaxy1.php

Two satellites went through the field while I was taking this image, one is faint to the right of Hoag\'s object the other obvious. Back in 2007 when my image was taken I didn\'t have the ability to easily remove satellites. I\'ve not reprocessed it the data to remove it. 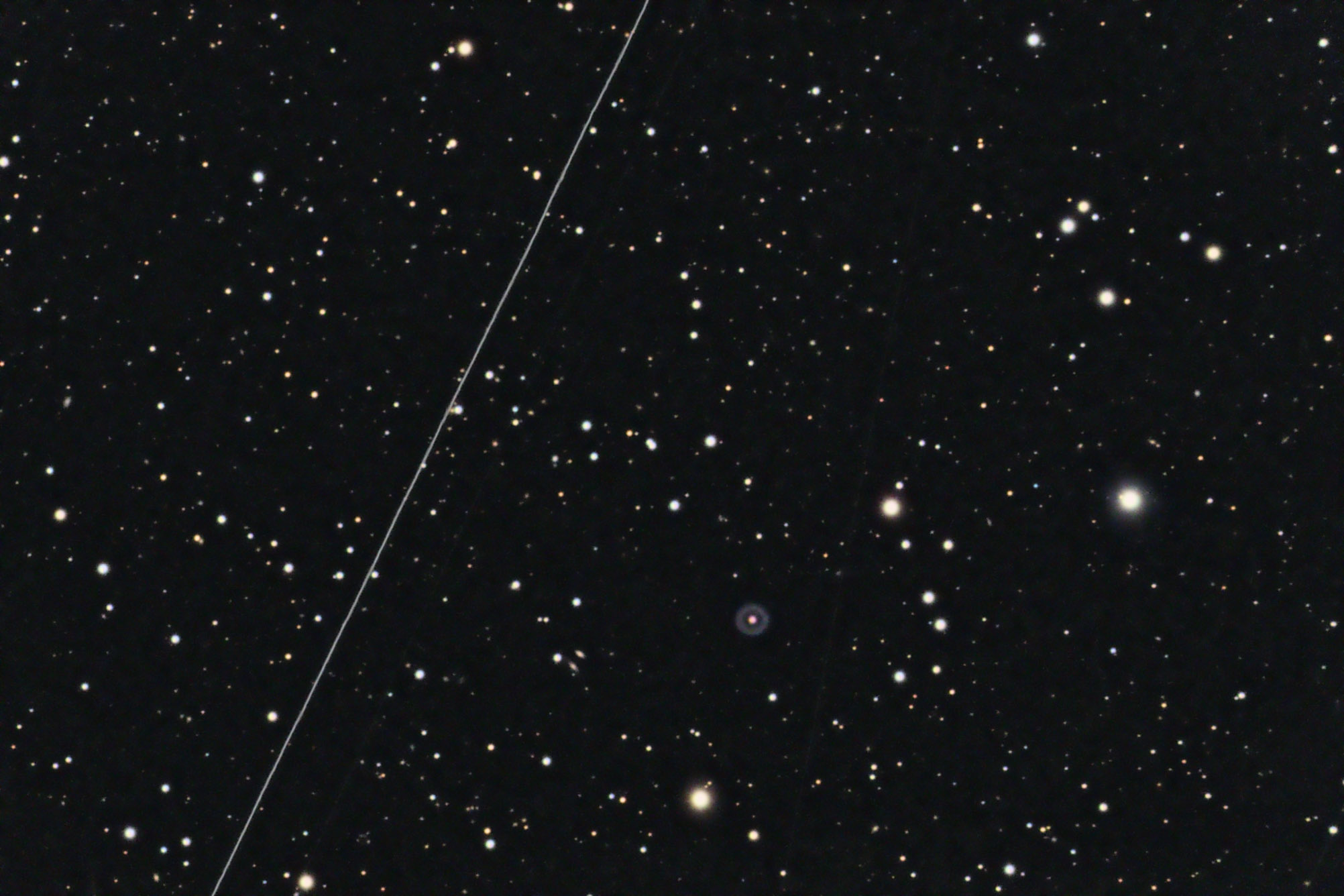 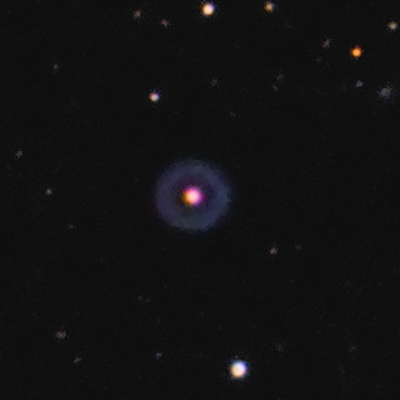