Holmberg I is the first of 9 dwarf galaxies in Holmberg\'s list of dwarf galaxies, most of which lie somewhat in the area of M 81. Holmberg 1 lies about 2.5 degrees northwest (330°) of M81 and is considered part of the M81 group. It is a very blue, low surface brightness dwarf with little HII emission according to papers I read. That surprised me as the HST image shows some nice nebula in it. Then I noticed the filters used by the HST, Green (centered on the same frequency as most green lasers, 555nm) was assigned to blue with near infrared, 814nm, was assigned to red. Thus the blue nebulae were seen in green light rather than H alpha red. They show as blue fuzzy \"stars\" in my image and are quite weak in red light. I need to revisit this one in H alpha sometime.

I got quite a shock when I had NED list the objects of all types in the field with redshift data. It returned only Holmberg I. So I asked for all galaxies or galaxy clusters and quasars or quasar candidates. That returned only three others! One is barely visible on the FITS stack but almost invisible on the processed TIFF file. After JPG compressing it is gone unless you hype the brightness greatly. It is listed as being possibly a dwarf spherical galaxy. Its position is somewhere in a 5 arc second circle but that does include the faint fuzz patch I\'ve marked. The other galaxy right near Holmberg I is bright but near star-like until you look at its PSF. One star is listed as a strong ultraviolet source by the Galex satellite and is considered a candidate quasar though with no redshift and little else I could find on which to make this claim.

When I asked for all objects it did return 3 HII regions. Two agree with tiny blue \"stars\" in the galaxy in my image.

Of the 9 Holmberg galaxies, I\'m yet to catch VI. It is at -21.3° so too low unless I have a one in a thousand night. Holmberg II is filed under Arp 268 and Holmberg IX is in my image of M81 if you are looking for those two. The rest are under their Holmberg designation. 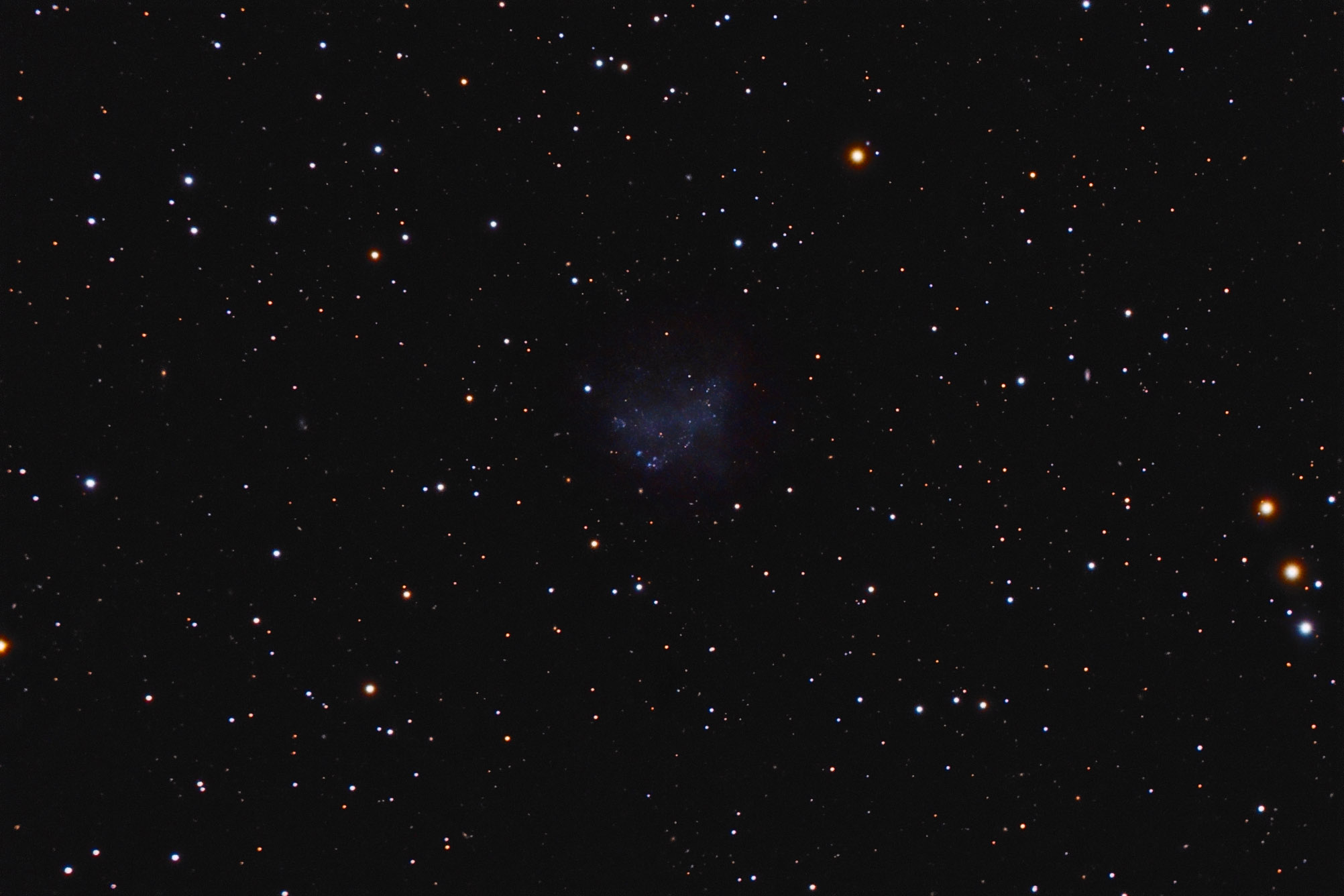 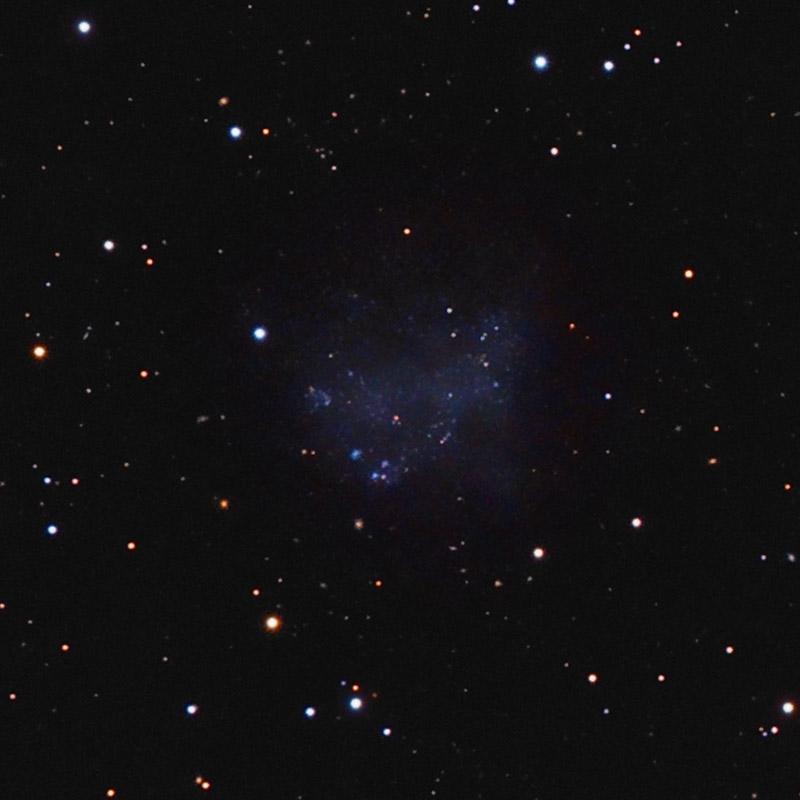 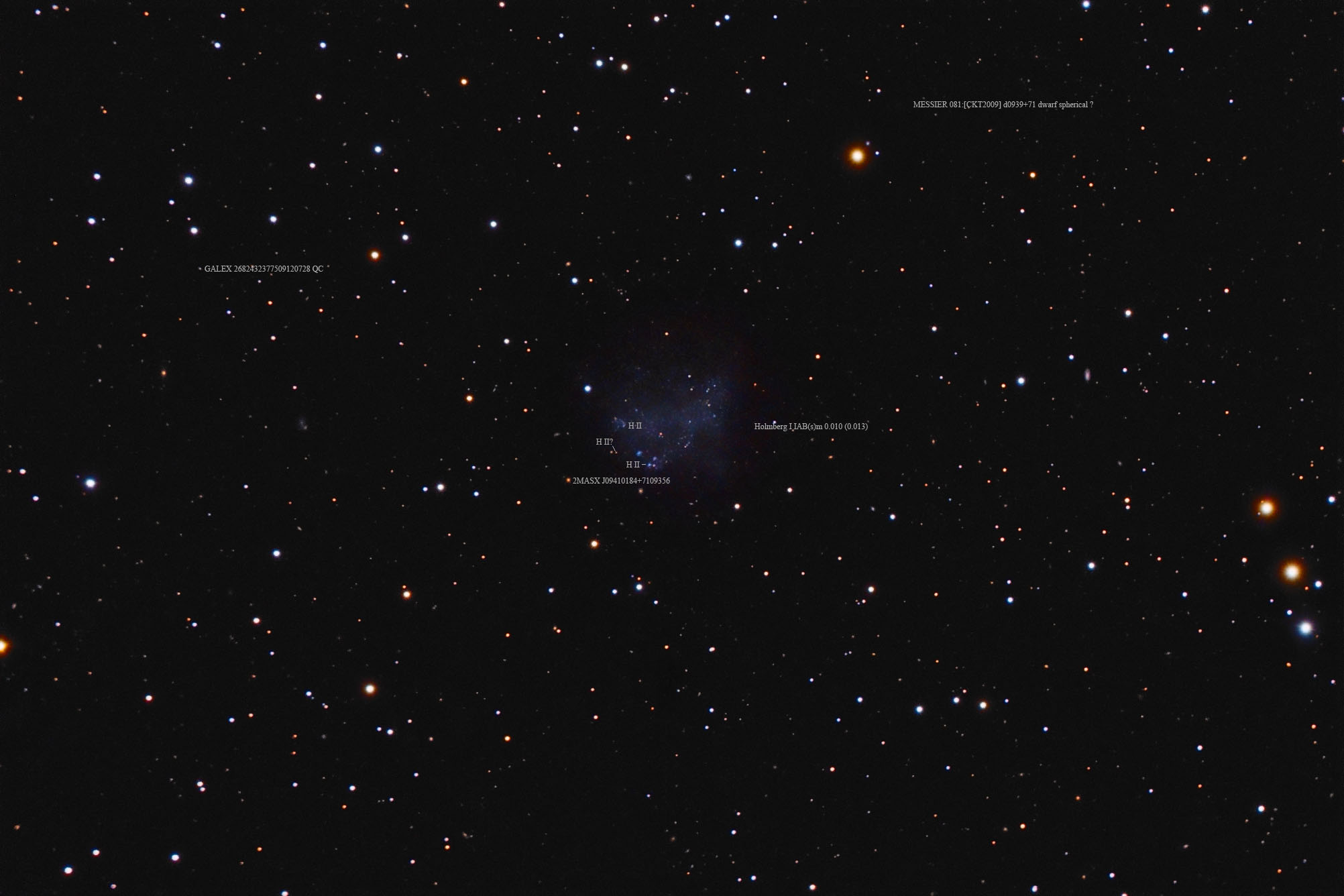 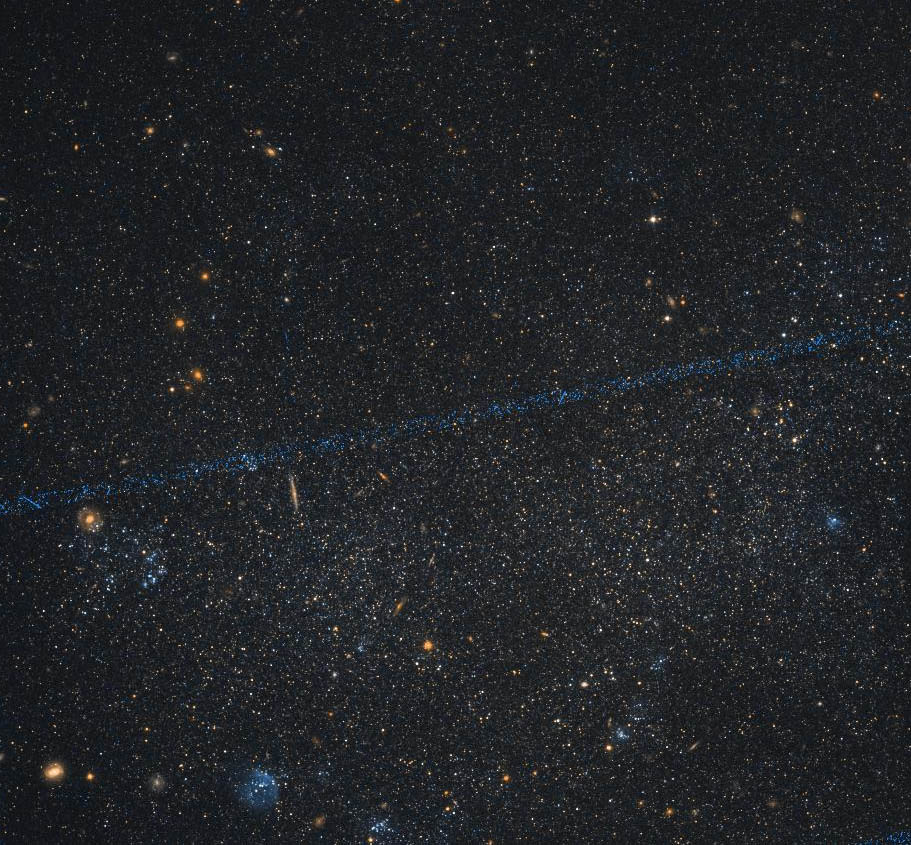