IC 10 is a dwarf irregular galaxy and likely a member of our local group. Located in Cassiopeia it is heavily obscured making it difficult to get a good distance for it. I found distances of 1.65 to 5.85 million light-years at NED alone. APOD on January 4, 2012, said 2.3 million light-years. It was discovered by Lewis Swift on October 8, 1887.

I took this image in late 2007 but somehow forgot all about it. Could be that dealing with all the dust caused me so many issues with color balance I just gave up and forgot about it. I see I also only got one round of color. 10 minutes per channel is sufficient for brighter objects but not heavily obscured objects like IC 10. Looking at online images I find no agreement as to its color. So I throw this out as yet another attempt to determine its color but highly suspect as my color skills in 2007 were not very good. Interestingly NED classifies it as an irregular dwarf and a BCD galaxy. BCD stands for Blue Compact Dwarf so I\'d expect it to be quite blue though it is often depicted as having no blue at all as in this NOAO image that is said to be \"true color\". https://www.noao.edu/image_gallery/html/im1097.html Many papers consider it a starburst galaxy as well. Though these often hide their new blue stars behind curtains of dust so aren\'t necessarily blue.

Someday I\'ll try again to get better data but for now, this 2007 image will have to do. 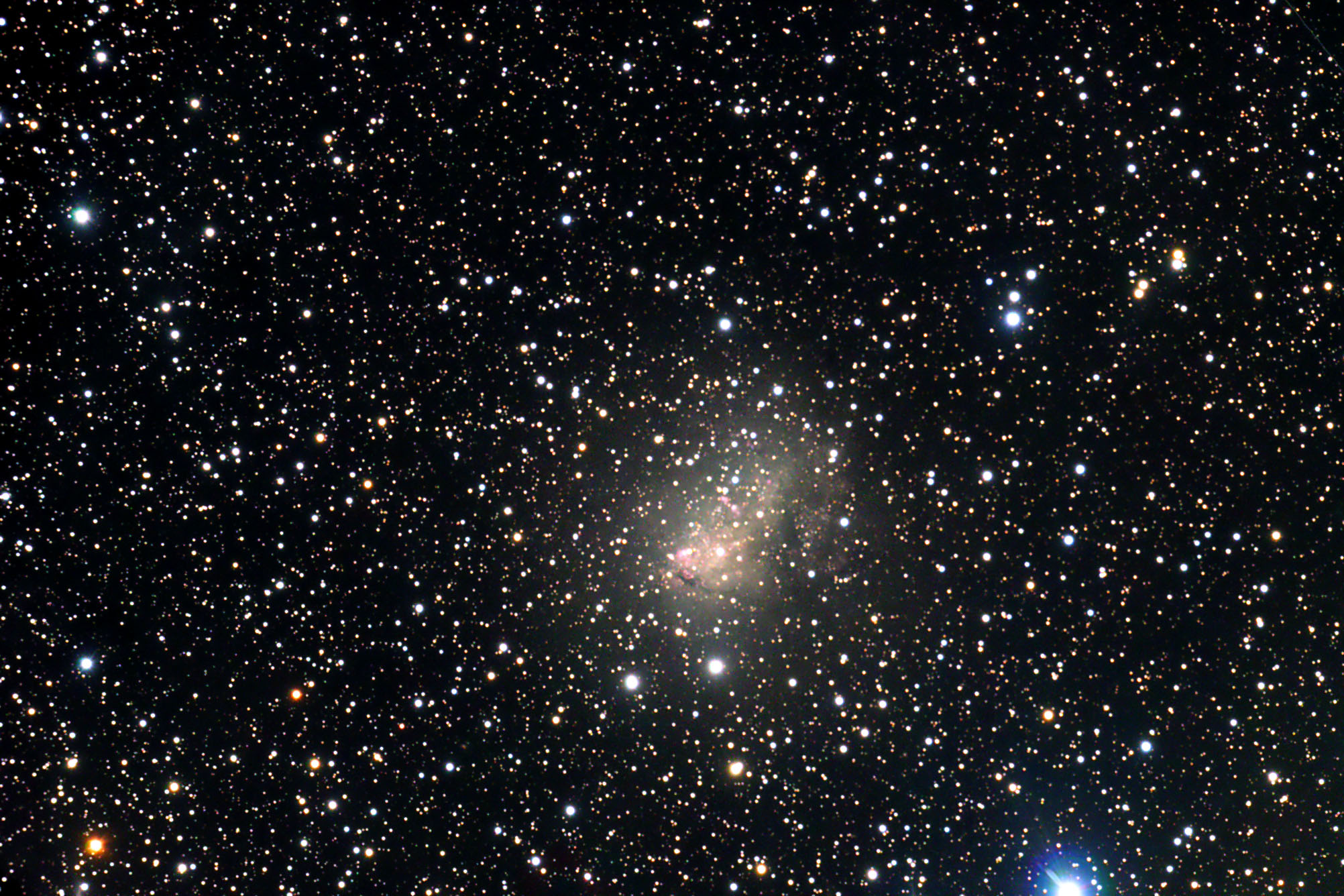