As you\'ve likely figured out I love the strange and different. Typical looking objects don\'t interest me. Though I take them from time to time mainly because everyone expects me to. With this one, I return to my love of the very different.

IC 39 aka NGC 178 is considered part of the NGC 210 group and is located in western Cetus about at my southern declination limit. Fortunately, I had better than normal seeing though poor transparency the night I took this image. NGC 178 was discovered by Ormond Stone on November 3, 1885, but he got the coordinates wrong, especially the Right Ascension value. Apparently, he was rather known for this type of error. Due to the error, Stephane Javelle found it on August 26, 1892. Not realizing it a duplicate it was included in the IC catalog as entry 39 with the correct coordinates.

While its discovery is confusing its nature is even more confusing. It is classified by NED as SB(s)m. Various papers indicate it has likely been involved in an interaction, is now interacting with a galaxy and what we are seeing is a double galaxy or is the result of a merger. Flip your three sided coin and pick one.

Redshift puts it 52 million light-years distant while a single Tully estimate puts it 60 million light-years away. Rather good agreement. The arc of blue knots on the right side is considered to mark a spiral arm. What all the reddish knots in the upper central part are I couldn\'t discover. The split tail may indicate stars ripped from a galaxy it interacted with, or maybe two of them? I find this one hard to understand. To me, it looks like a galactic fish flying straight up. As usual, I put north at the top.

To the east is IC 41 which is over three times as distant by redshift measurement. It appears to me to be a sloshed spiral. Below it at the same redshift is NGC 207. Could it be what sloshed IC 41? It seems too small though it too looks somewhat disturbed.

Further east is a knot of distant red galaxies, two of which appear to be interacting. Except for being listed in the 2MASS catalog by position, there\'s nothing on this group, not even a designation of it being a group. I expected it would at least make the SHK catalog of galaxy groups but it\'s not there. Even further east is LEDA 087754 an edge on spiral at 300 light-years. It\'s northwestern side being much brighter than the southeastern side. Is that just due to dust obscuring it or is that arm shorter and less dense with stars?

The only other galaxy in the image I annotated lies to the northwest of IC 178 and is the most distant that I found a redshift for. It is only listed by its coordinates in several catalogs and unclassified though appears to be a spiral.

Other than two asteroids that barely made it through the gunky low skies there was nothing else worth annotating in the image. While seeing was well above normal at this low altitude transparency was very poor and the skies very bright. Both of which cut into my signal to noise ratio.

For those interested in more on the story of how IC 39 got two designations that are discussed under their entries at the NGC Project. I mentioned it is considered part of the NGC 210 group. I posted that one back on September 28, 2010. It is out of the field to the upper right. I could have just fit them into one frame but both would have been right at the edge. Since the two overlap only slightly at the corners I didn\'t mosaic the two images. My image of NGC 210 is at http://www.spacebanter.com/attachment.php?attachmentid=3160&stc=1 I need to reprocess it as my toolkit for processing these has improved greatly since then. 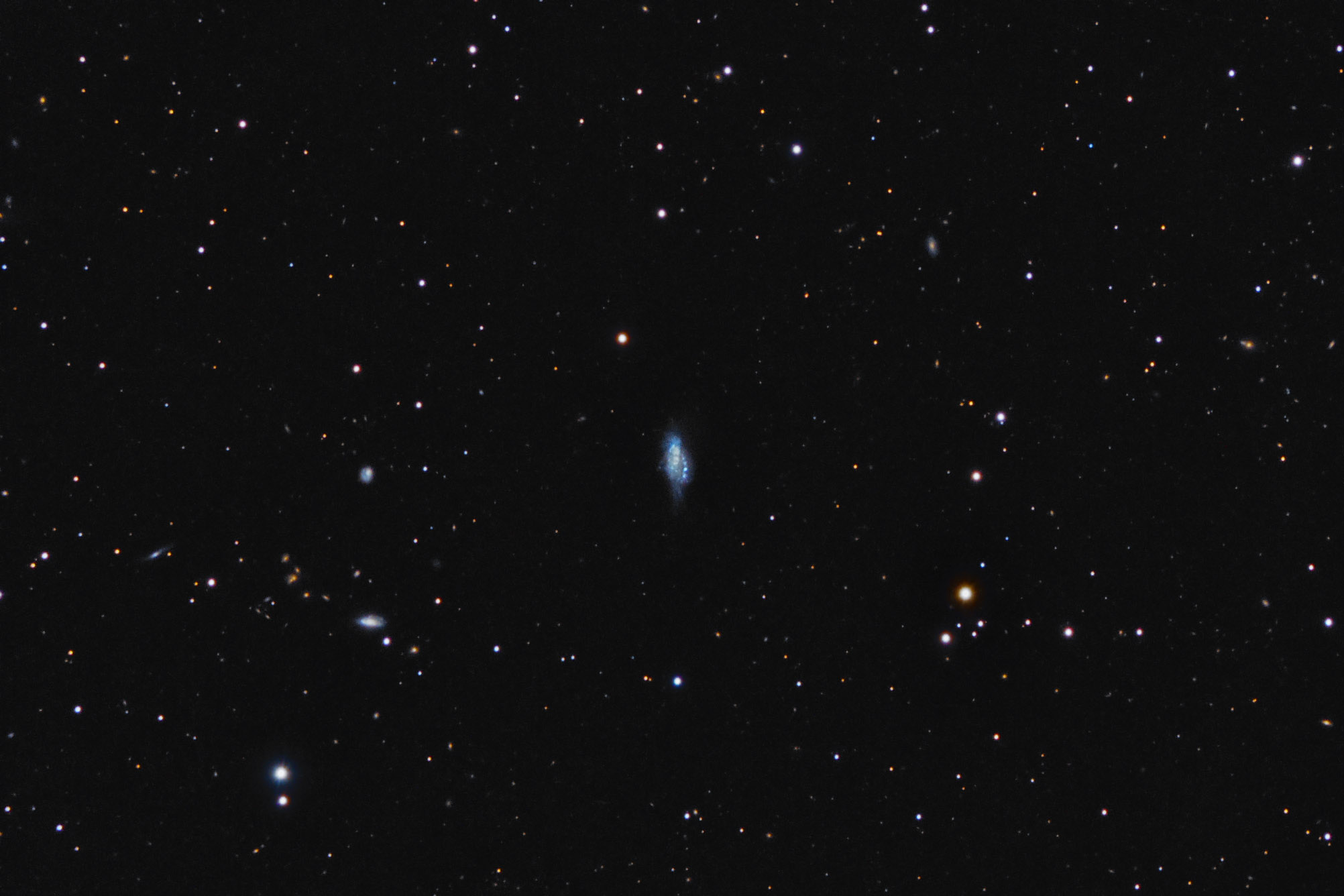 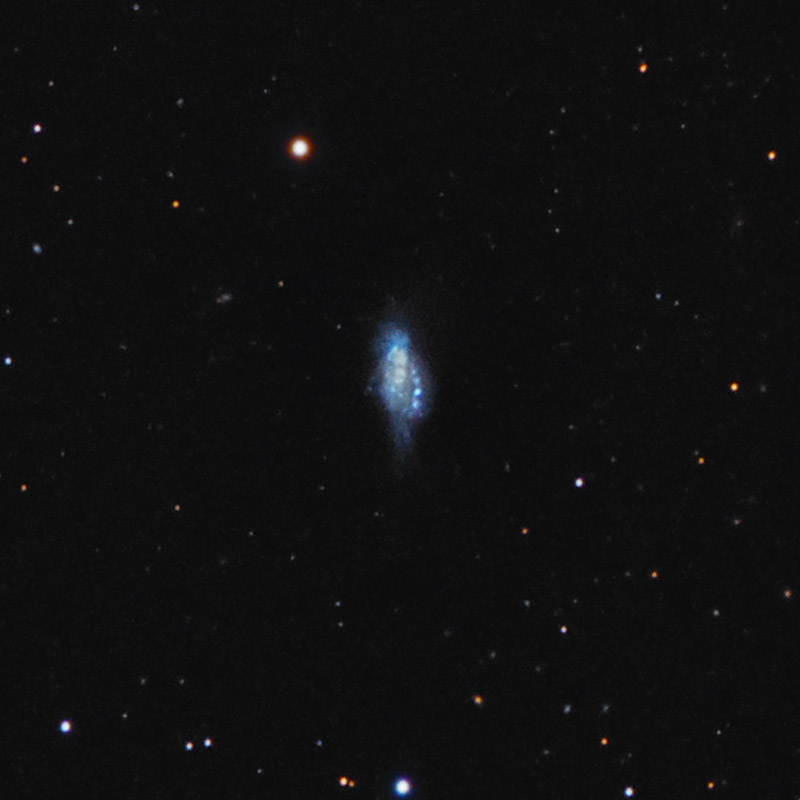 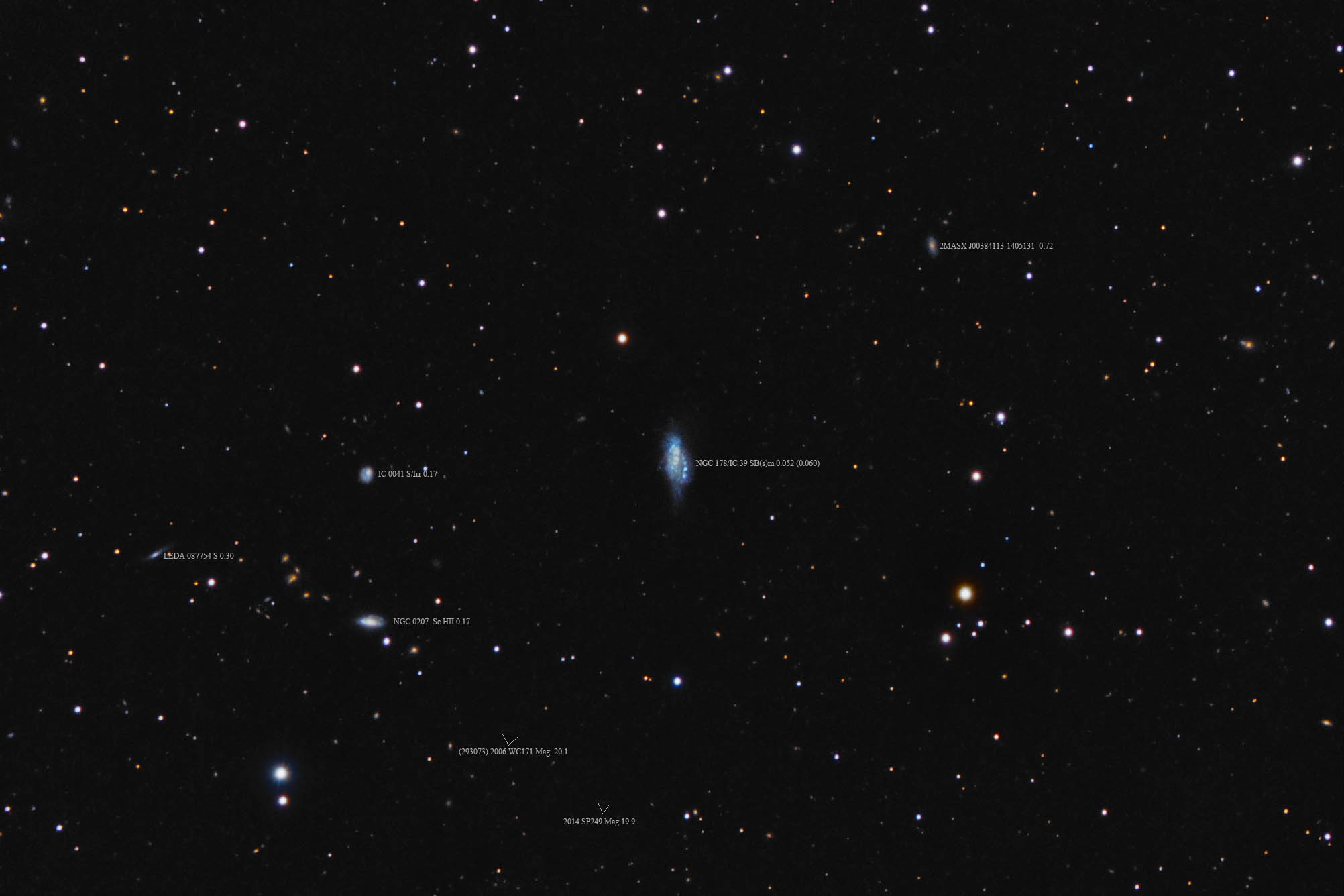