IC 43 is a nice face on spiral with some odd arm structure. It is located in Andromeda a bit south-southwest of Delta and is about 210 million light-years distant. At that distance, I measure its size as about 94,000 light-years across. To the north is UGC 00449, a near edge on spiral and likely companion to IC 43. It has what appears to me to be its own possible companion hanging off its southwestern arm. Yet nothing I found mentions it as a separate galaxy. It isn\'t mentioned in NED but then many bright galaxies aren\'t mentioned in NED including one to the southwest that UGC 449 seems to be pointing to. Still, I find it odd that being so close to UGC 449 it isn\'t mentioned in any literature I found. The galaxy UGC 00449 is pointing to that is marked by a question mark in the annotated image appears \"sloshed\" in that its core is very off center. That makes it interesting to me but I can\'t find anything on it. It was discovered by Guillaume Bigourdan on November 15, 1889.

To the northeast of IC 43 is the location of IC 45. This one is either non-existent or is the pair of stars I point to in the annotated image. The NGC Project has an interesting history of this lost object.

The field is poorly researched. Only 3 galaxies in the image have redshift data. What few are even listed in NED come from the 2MASS deep IR survey and have little information. One of those is from the 2 micron flat galaxy catalog Most aren\'t listed at all. A couple are so star-like I couldn\'t even see them as galaxies on the Sloan image of the area. One, 2MASX J00430635+2946551 is a very thin red galaxy that to me fits the 2 micron flat galaxy catalog but apparently didn\'t make the cut. It is mostly hidden between two bright stars toward the upper left of my image. 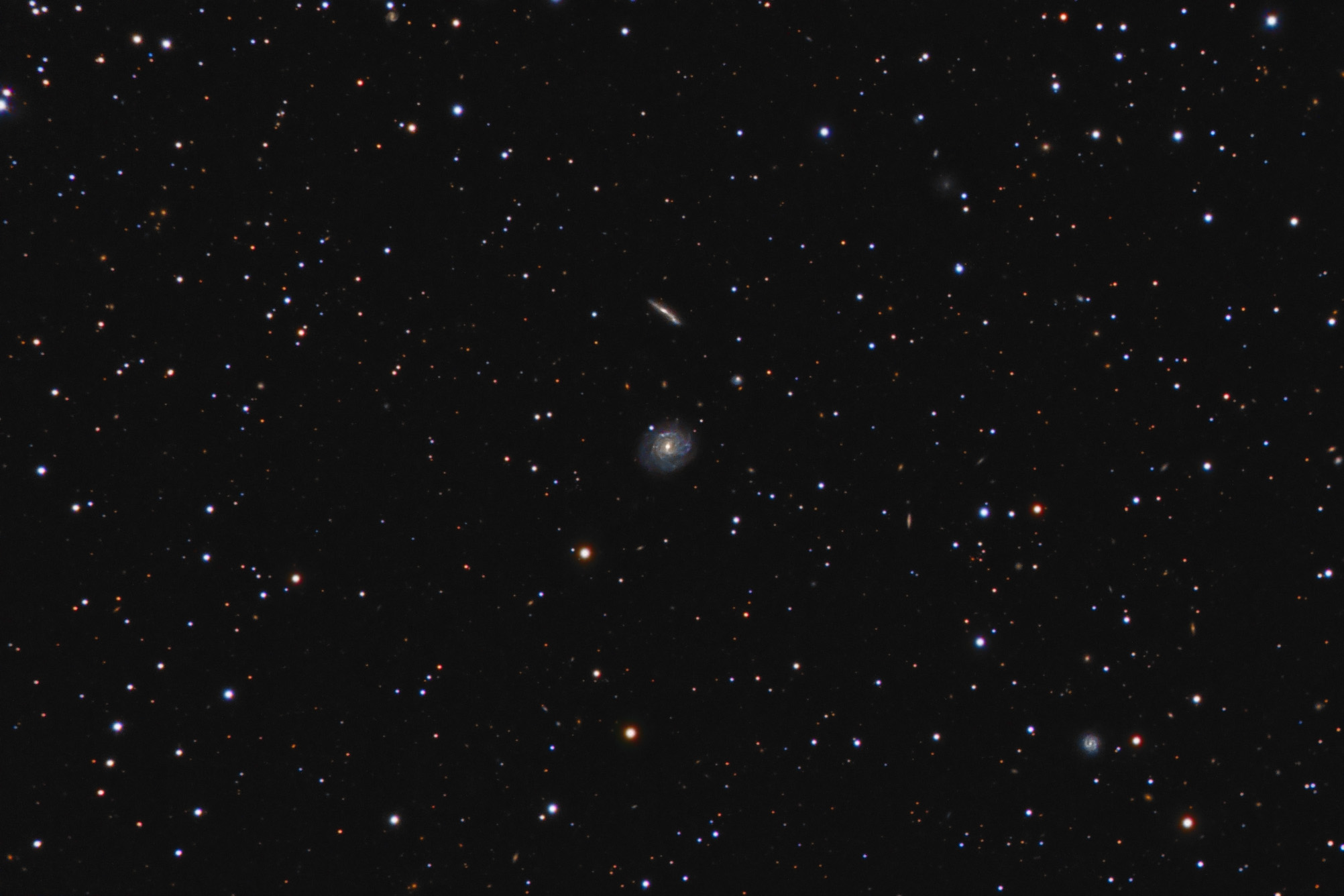 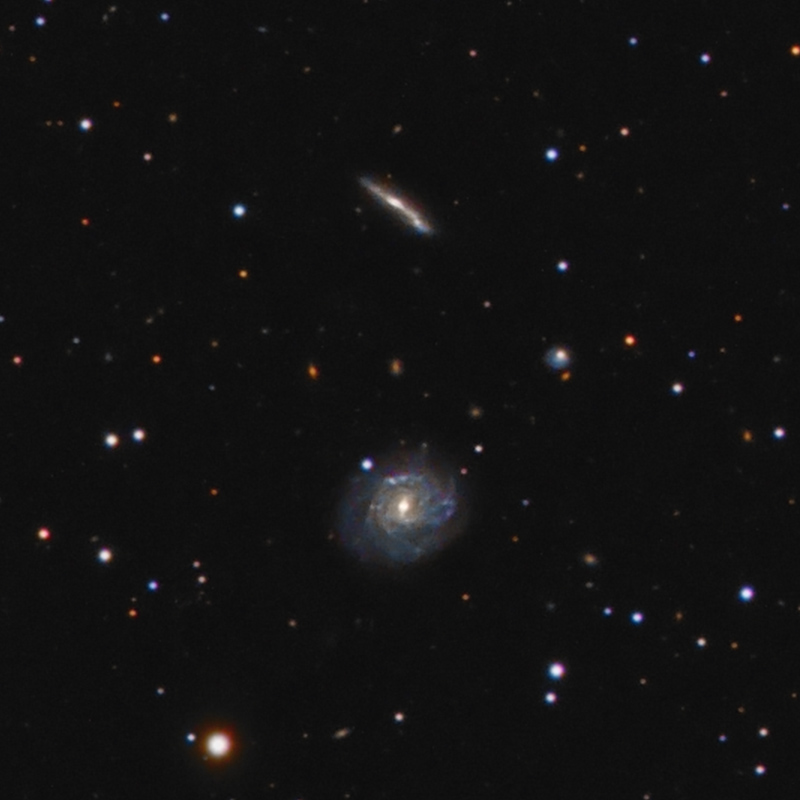 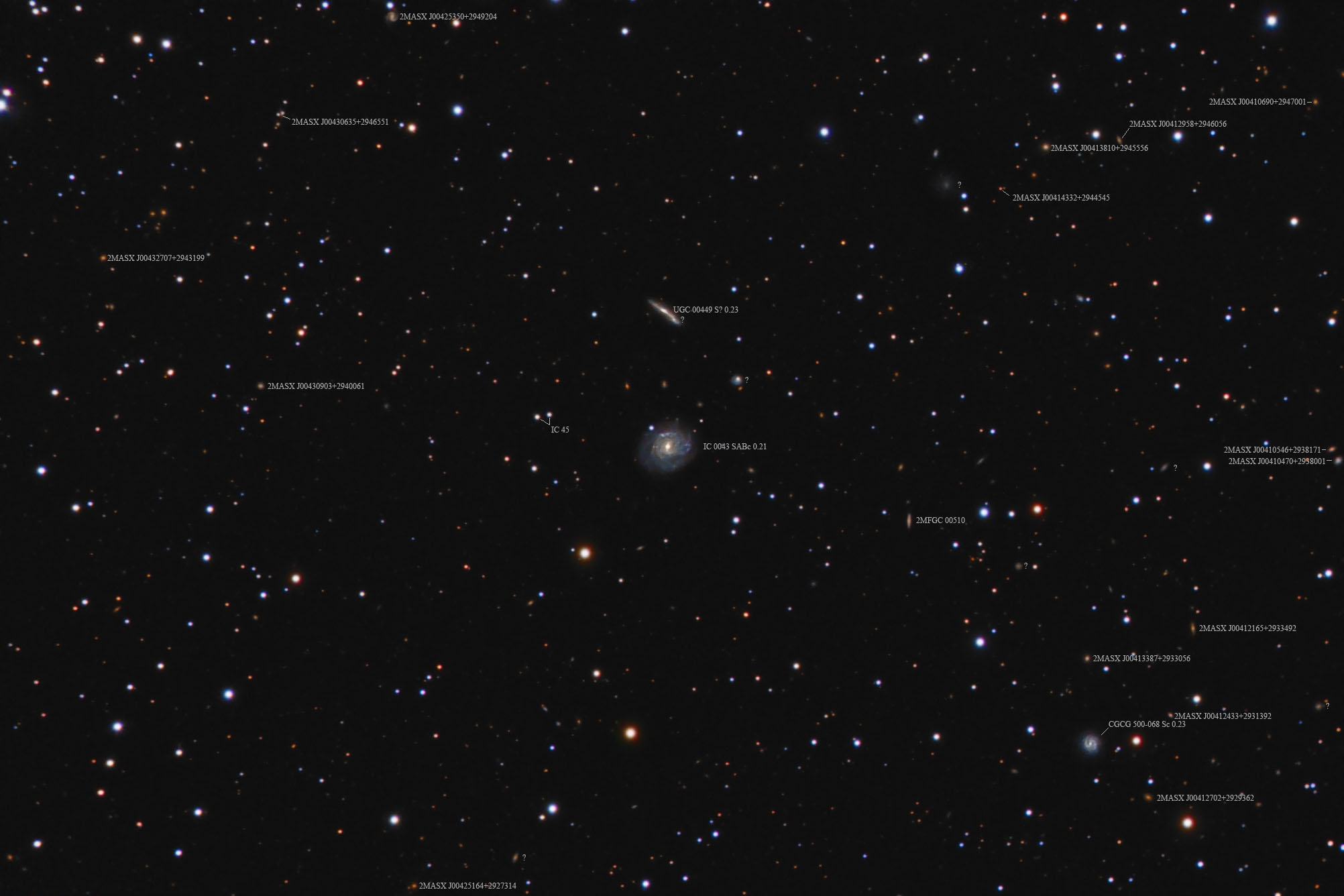