IC 59/LBN 620 (top) and IC 63/ Ced 4b bottom are not long for this universe. Gamma Cassiopeiae is rapidly eroding them. Red H alpha emission at their bow shock regions toward Gamma with the area behind being blue reflection nebula makes for a quite colorful image. Many image these using H alpha for the luminance channel. That tends to play down the reflection nebula portion. I used luminance data with only H alpha added for the bow shock region to preserve the reflection nebula areas as well as star color. Besides, the two IC nebulae, there\'s another cloud toward the upper left of my image. Simbad says this is [FT96] 124.0-1.8. The tiny nebula around an orange star above center is Ced 4a. It never seems to get any respect so I had to mention it. It has an orange color so I assume it is reflecting the star\'s light. Being the color of the star it is probably behind the star. I wasn\'t able to determine if it is in any way connected with IC 59-63.

The IC 59-63 complex is Sh2-185. This includes Gamma and hints of nebulosity on the opposite side of Gamma. Both IC nebulae were discovered by Max Wolf on December 30, 1893. Isaac Roberts had photographed the field on January 17, 1890 but didn\'t pick up the nebulae

The Sharpless catalog puts the distance to it at 210 parsecs (680 light-years). Wikipedia puts the distance to Gamma at 190 parsecs (620 light-years). I will split the difference and say a round 650 light-years for its distance. Gamma itself is an irregular long period variable varying over many years from 2.15 to 3.4. Is this seen in the nebula? If so what\'s the time lag? Wish I knew. Nearly every time I do a bit of research on objects I find more questions than answers. 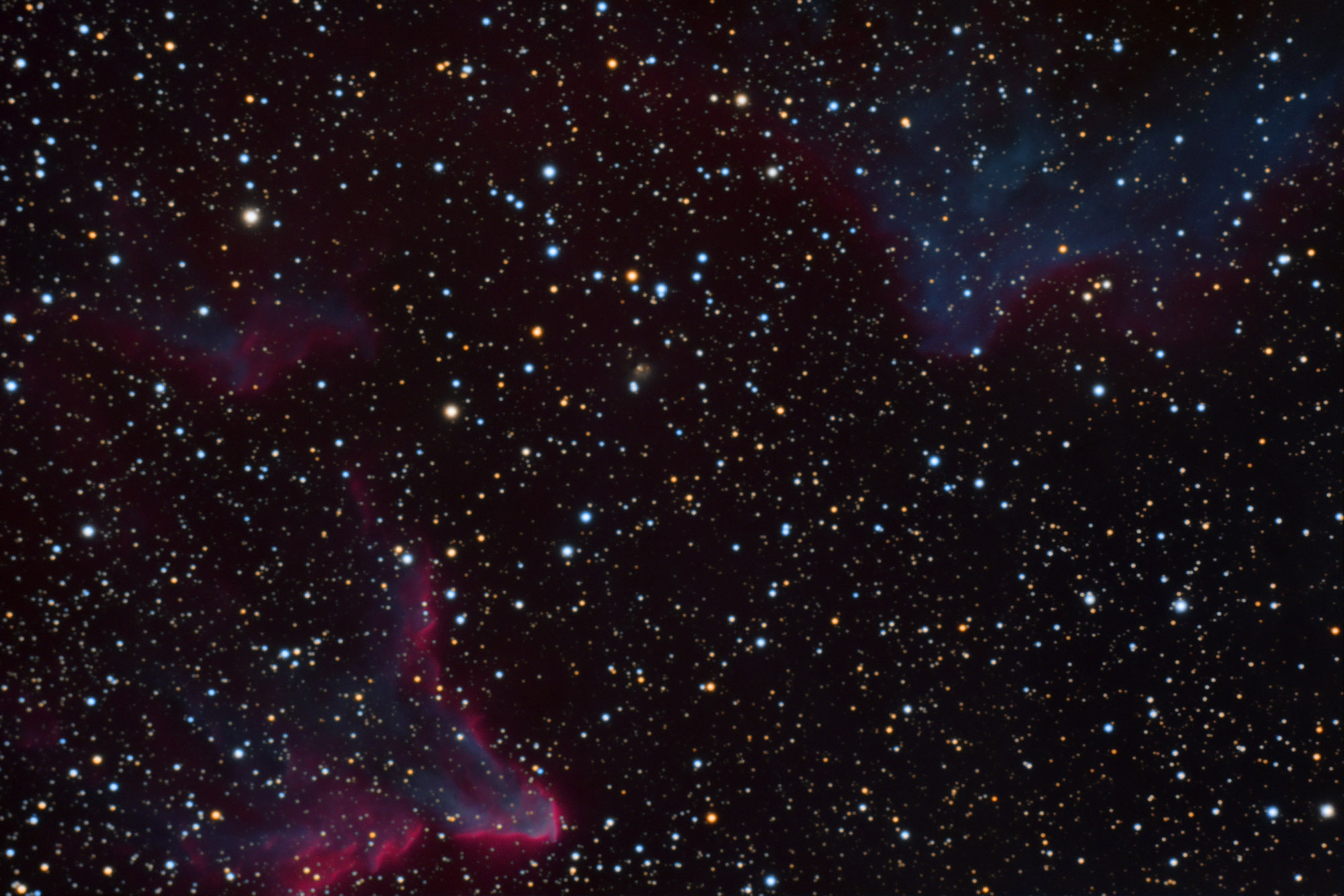