IC 200 is a nice, overlooked, barred spiral in Triangulum about 230 million light-years away. It is classed as an SBbc spiral that may house an active nucleus. It appears disturbed, especially on the west side. A note at NED says: \"One double arm eastwards from north side, hints of one extremely diffuse arm on south side, possibly also double.\" Its arms are rather drawn out making it some 165,000 light-years across at a minimum. IC 200 was discovered by Truman Safford on December 1, 1866.

Only two other galaxies in the field have redshift data at NED. While smaller both in angular size and in light-years they are some 50 to 60 million light-years closer to us. One, FGC 242 is a flat galaxy classed as an Sd spiral but only some 46,000 light-years in diameter so only 28% as large as IC 200. Even smaller is the Spiral CGCG 504-012 at about the same distance from us. While listed simply as \"Spiral\" at NED it looks like a severely distorted barred spiral, at least at my resolution. It is only 37,000 light-years across. Though if you include the very faint plumes to the north and south it is about 41,000 light-years in size. Still rather small but not quite a dwarf.

I\'ve identified all objects in the annotated image that NED lists as a galaxy. None of these have redshift data. Many more are listed as UvS objects. Most are stars but separating which is which is difficult with nearly 450 to sort through to determine which are galaxies and which are just stars would take hours so apparently, even NED hasn\'t tried this.

I have included the three UvES objects NED does list for this object. All are very blue and may be either very blue stars or quasars. NED lists them in one catalog as quasar candidates and another as a star. Flip a coin. If other fields are a guide most of these turn out to be stars once a spectroscopic redshift has been recorded. 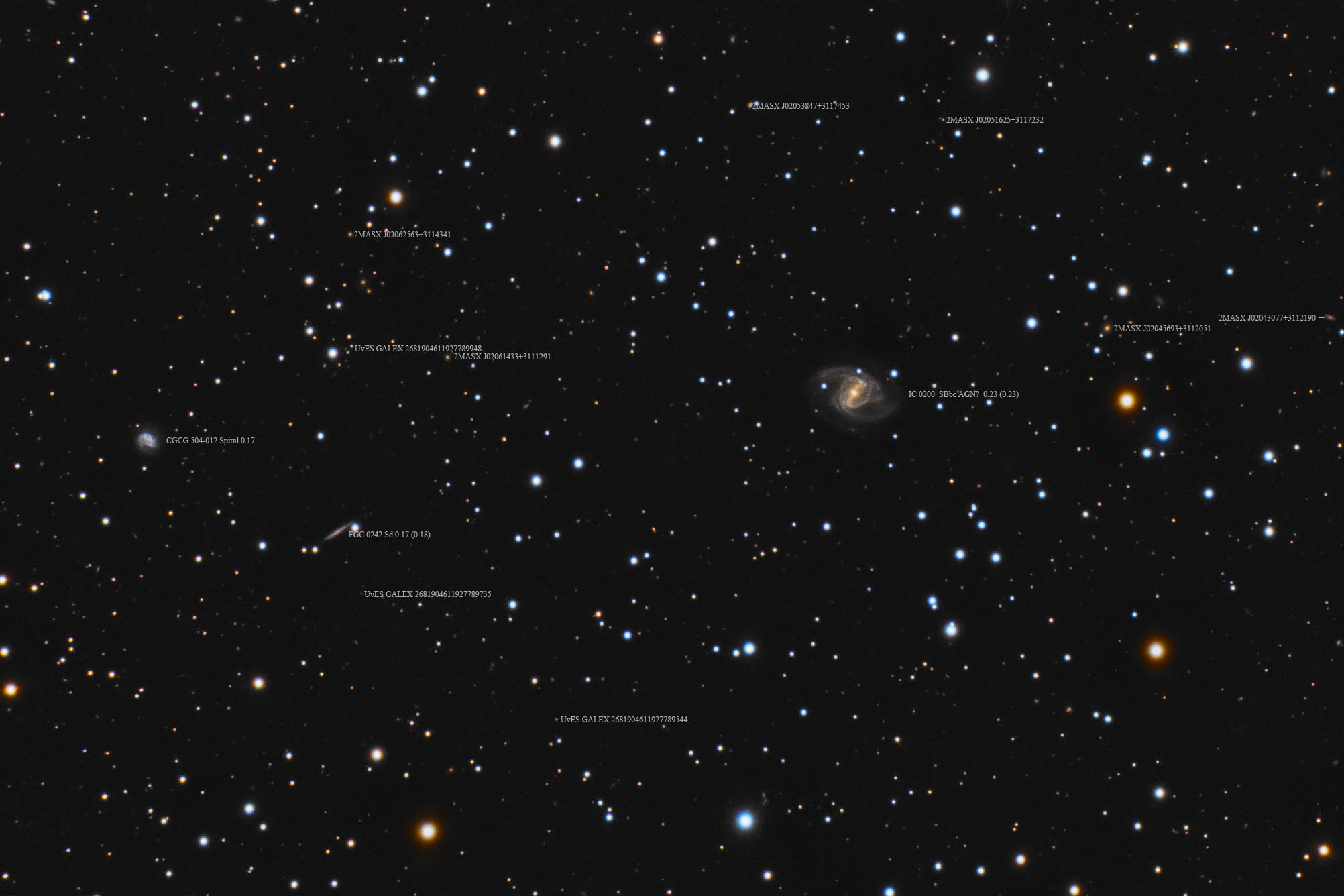 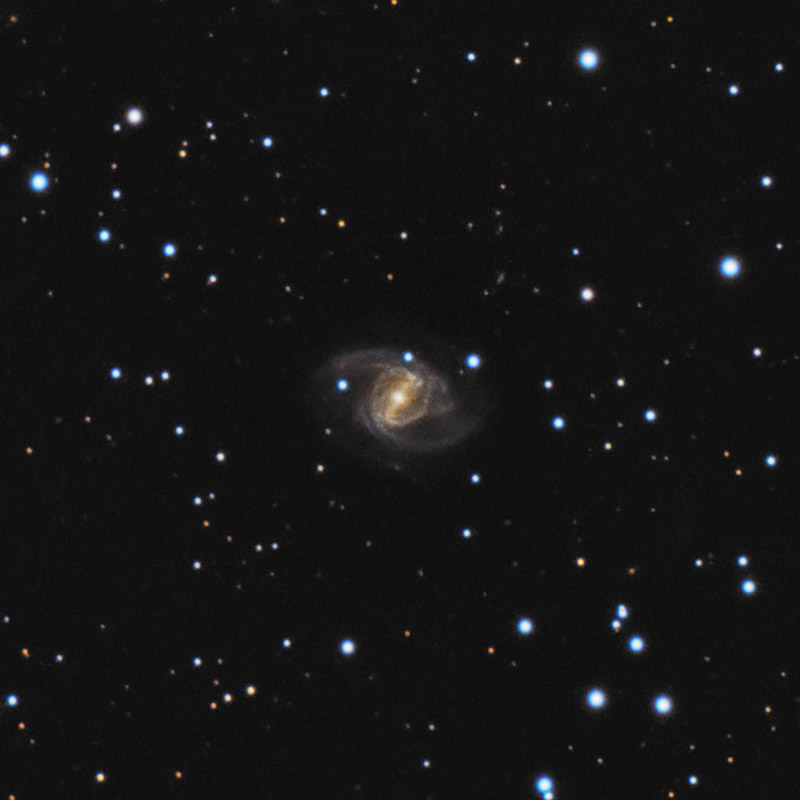 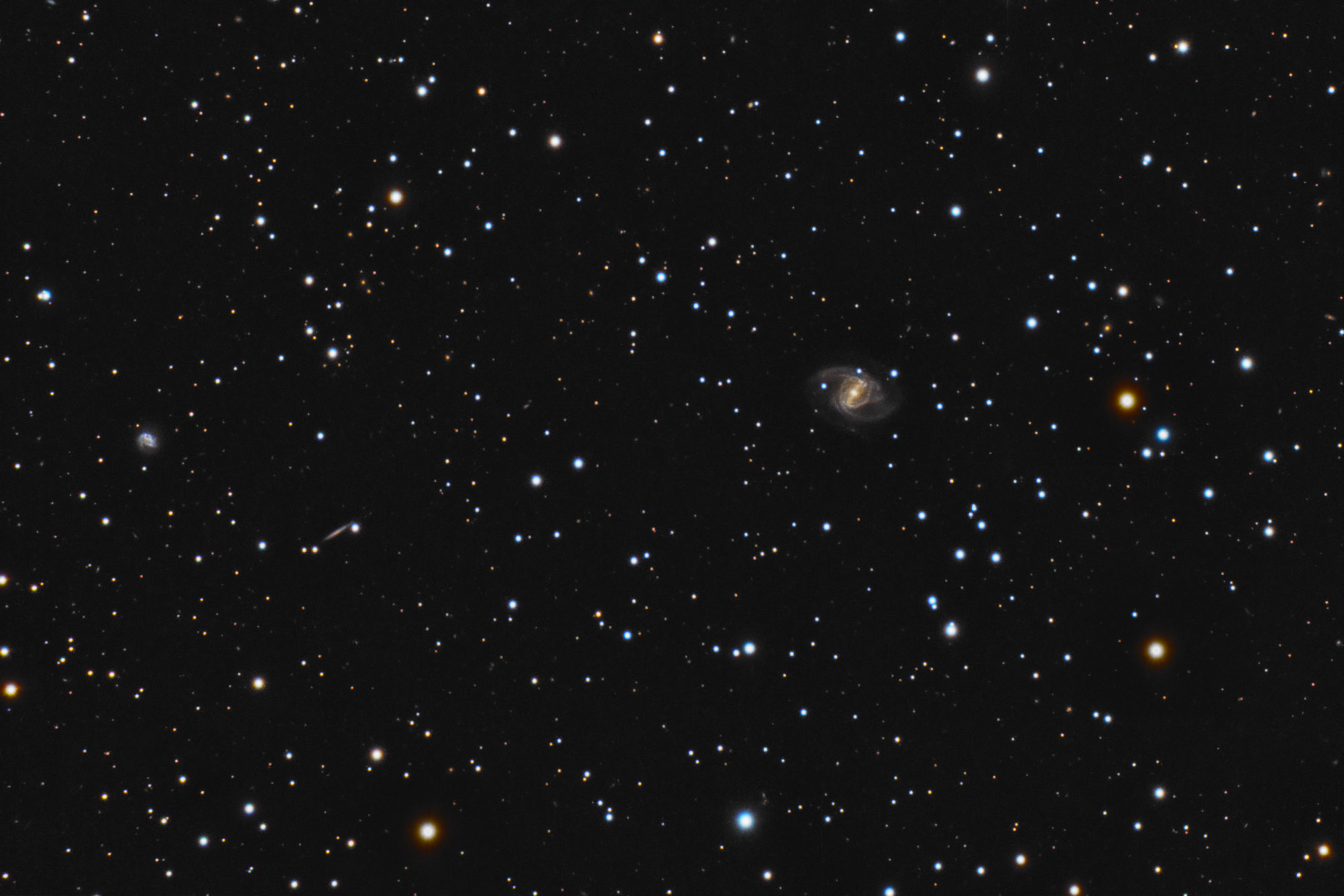