IC 289 is a planetary nebula in Cassiopeia. I found it rather faint visually, even the central star is nearly impossible to see in my 10\" scope. Though Dreyer described it as \"pretty bright, pretty large, round, between two very faint stars. It does have one visual characteristic with M27. When you go from viewing it with no filter to using an OIII filter it rotates 90 degrees. I know of no other planetaries that do this. Thus it was high on my list to photograph to see why this happened. The main nebula, running from the northwest (upper right) to the southeast (lower left) has a lot of red in it. In fact, some photos show it as mostly red. Why some color photos show it as red and others blue with a hint of red like mine I don\'t know. Anyway running from the northeast to southwest is a very blue shell. This is likely what the OIII filter sees and the reason it rotates 90 degrees when viewed with the filter.

This photo was taken with 1x1 binning using 6, 5 minute photos while the color images are 3x5 minutes binned the normal 2x2. Because the planetary is so small I left the image full size but cropped it so it wasn\'t 11 million pixels in size for email. Besides, the planetary is so small it would be lost in a full image. But the image scale is my full 0.51 seconds of arc per pixel. Note that you see no faint background galaxies. This is because this object is in the same part of the sky as Maffei 1 and 2. There\'s so much dust in our galaxy only huge close galaxies have a chance to be seen through the dust. Distant faint ones have no chance to be seen in this part of the sky when using visible light. Only an infrared photo would have a chance of showing them. Edit: at the time I didn\'t understand read noise. My use of only 5 minute subs shows this. Read noise put a limit on how faint I could go. not much of an issue for this object but is for seeing faint background galaxies.

The distance to planetaries can be hard to determine. I\'ll guess somewhere between 4.5 and 9 thousand light years with the farther more likely. Edit: Since this was written in 2007 more modern estimates have been obtained. The latest in 2016 says it is 5,200 light-years distant but the error bar is plus or minus 2,000 light-years. So it\'s distance is still rather uncertain. The paper can be seen at http://simbad.u-strasbg.fr/simbad/sim-ref?bibcode=2016ApJS..223....6Y

It was discovered by Lewis Swift on September 2, 1888. A rather modern discovery date for an object easier to see than many NGC objects. 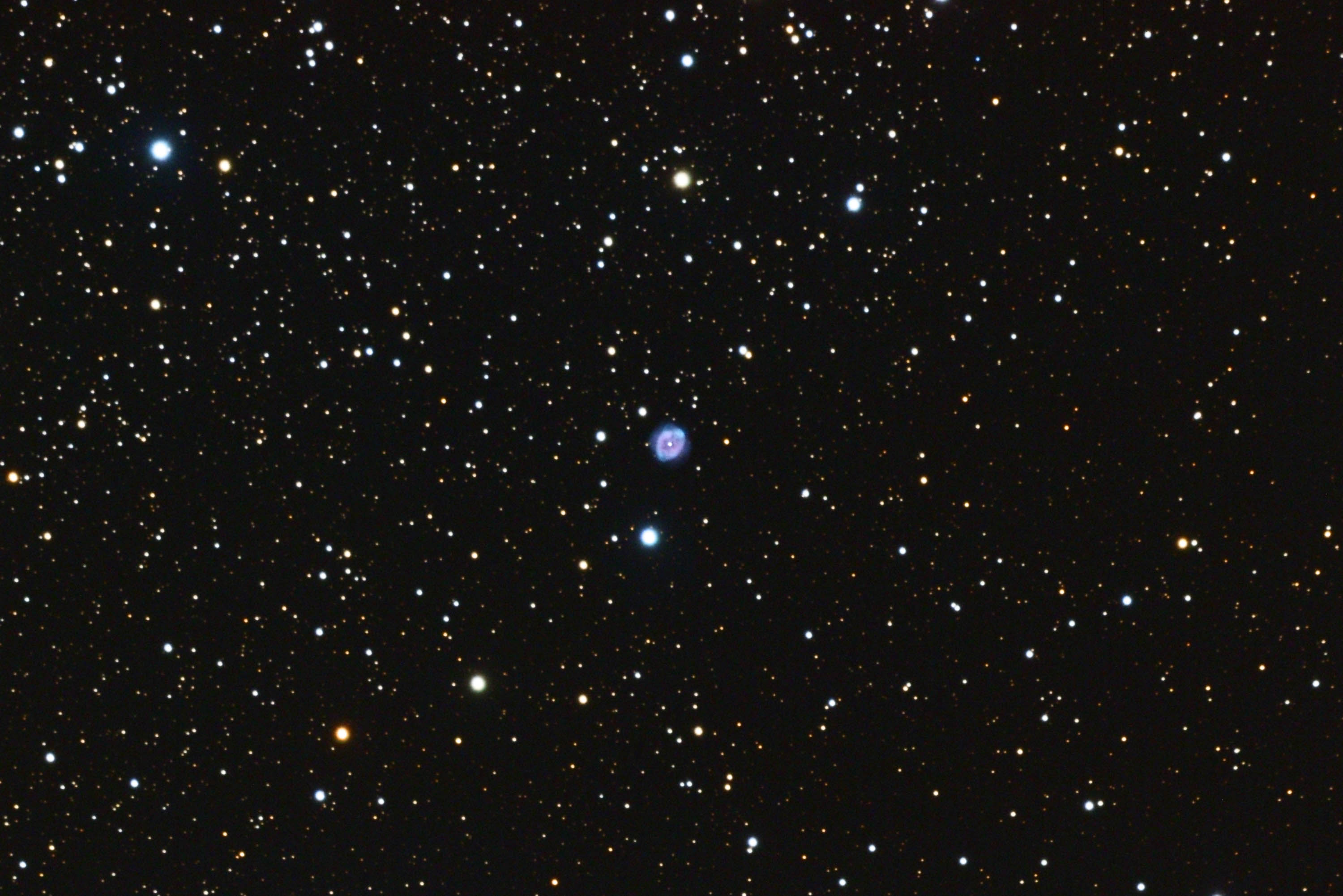 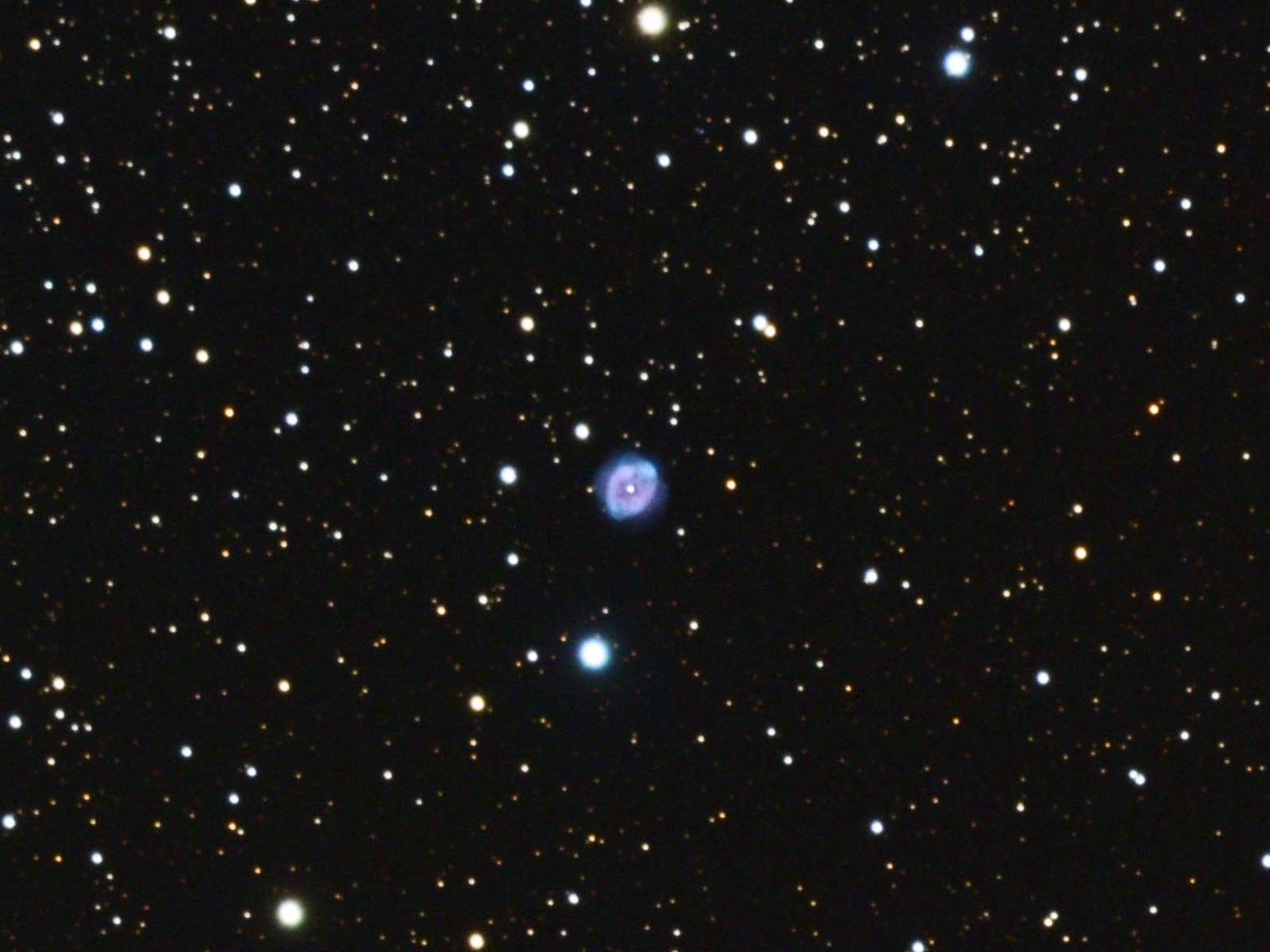