IC 334 is a very disturbed galaxy in northwestern Camelopardalis near its borders with Cepheus and Cassiopeia. Redshift puts it about 113 million light-years distant while a single Tully-Fisher measurement is pretty much in agreement saying 122 million light-years. NED shows its classification as simply S? It appears likely it is the result of a merger that happened some time ago. Long enough in the past that most of its blue stars have long since died off. Though it did host supernova SN 2008hy in its northern tidal plume. I was surprised to find very little on this interesting looking galaxy. This far north, galaxy data is very thin. NED had nothing but the coordinates of a handful of 2MASS galaxies with no magnitude or redshift data. Due to the lack of data, I didn\'t prepare an annotated version.

There is a lot of faint nebulosity around the field. The band going south from IC 334 is rather obvious. Yet I couldn\'t find anything on it. I assume it is IFN (Interstellar Flux Nebula) that is rather common near the pole. Though looking at the red POSS plate inverted with a heavy stretch it looks like a possible faint plume from the galaxy\'s past merger.

As is common with 2012 images, the weather did a number on me. A lot of frames were worthless. Out of some 30 frames taken I used only 4 of the \"best\" luminance frames. The color data was even worse. Only one green frame was usable. Blue were all poor so I chose the best three and hoped for the best. I did find 2 rather good red frames. So the color balance of this one may be skewed to the red, especially in fainter areas.

It was discovered by Britsh astronomer William Denning on September 30, 1891. He is considered the discoverer of 17 IC objects with his 10\" telescope. Apparently, he was active only from 1889 to 1893. 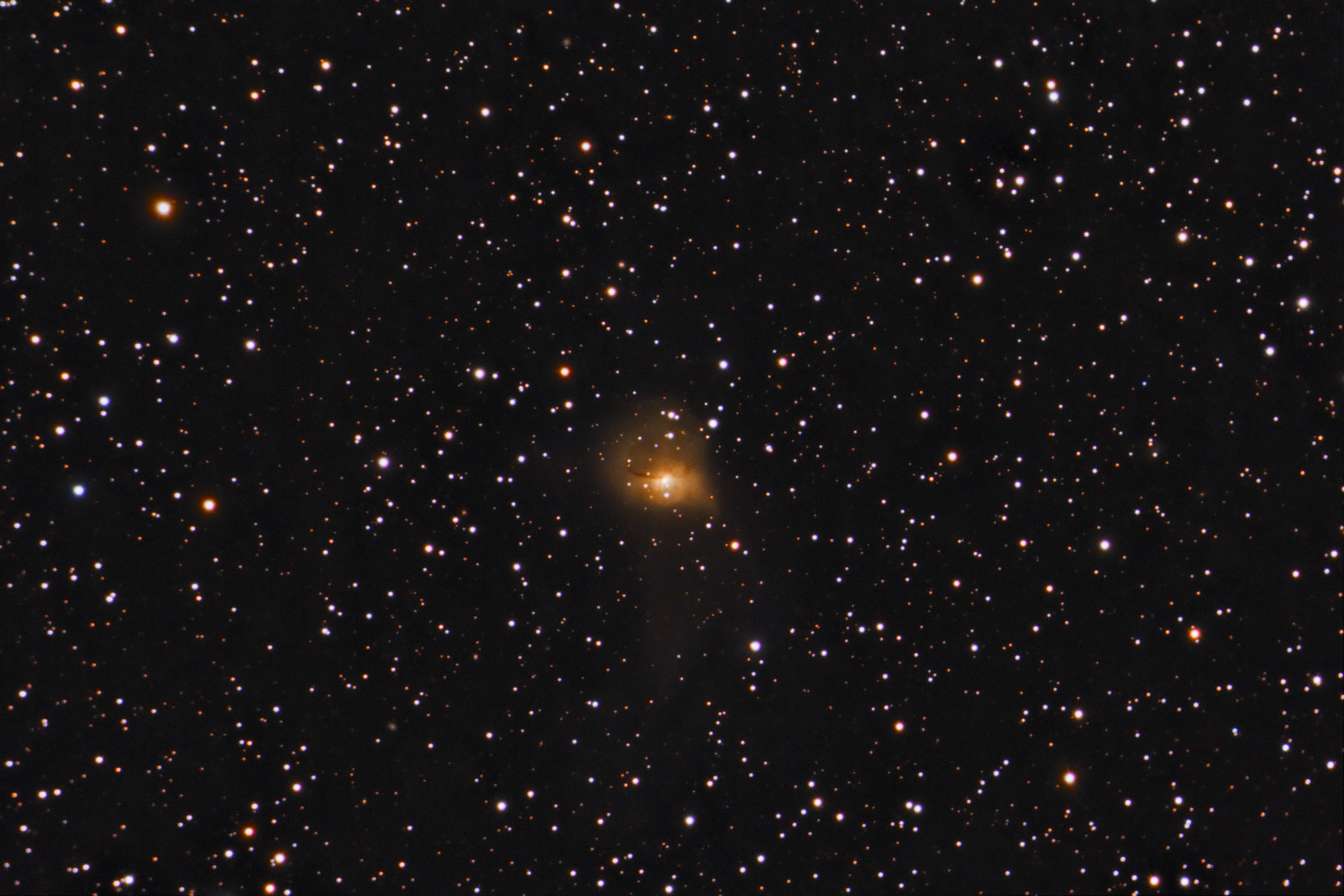 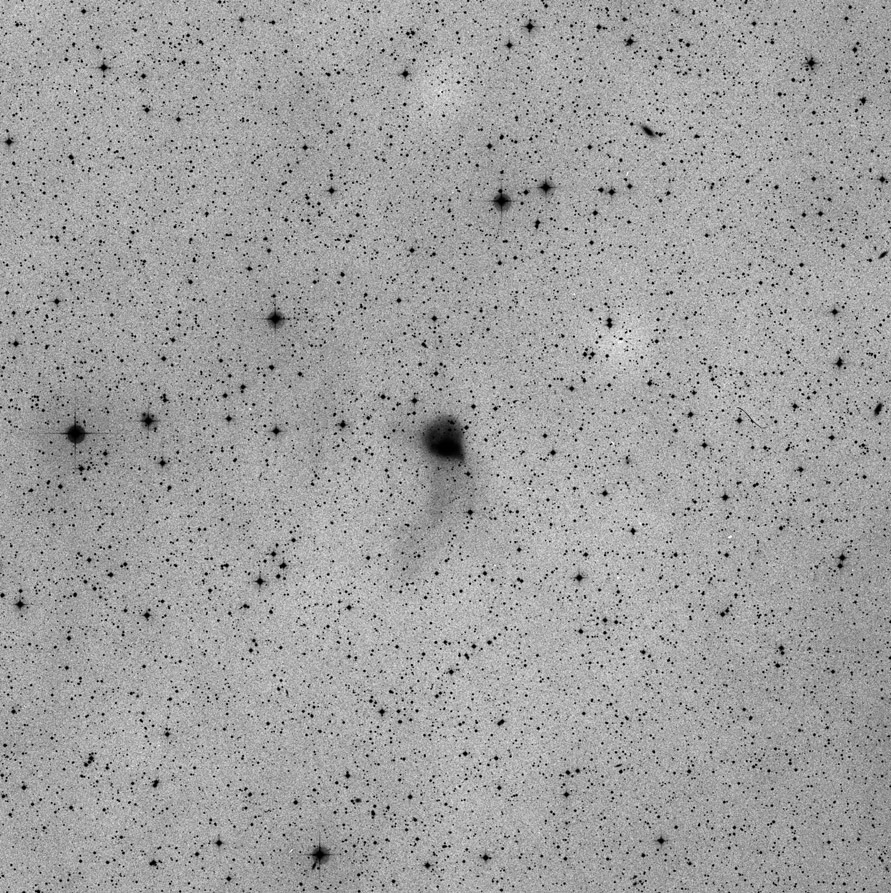