IC 342 The Hidden Galaxy. Heavily obscured behind the dust of our galaxy it is difficult to observe. Without the dust it would be one of the showpieces of the sky. It\'s distance has been hard to pin down with estimates of 9 to 13 million light years most commonly seen. In March of this year a team using Hubble images claim it is 3.93 megaparsecs distant give or take 0.1 megaparsec. For the megaparsec challenged out there that translates to 12.8 million light years give or take 0.3 million light years. http://arxiv.org/abs/1003.0321 . The article is an interesting read and not as deep as many.

I don\'t like my color data. Being so heavily obscured it is very red as the blue and some of the green light it emits is absorbed by the dust in our galaxy turning it red same as dust in our atmosphere turns the sun red at sunset. Complicating this task is the extinction due to dust varies across the galaxy. It\'s angular size is great enough that parts are obscured by different dust clouds of different densities. I tried to compensate for the dust but the usual formulas didn\'t work well. I thought it a good night but apparently it wasn\'t as good as I thought. I will try again with my new filters when I get a chance but for now this will have to do. HII data would be nice to add as well as this one is full of HII regions that I lost trying to compensate for extinction.

It is classed as SAB(rs)cd;Sy2 with an HII core. You have to look hard to find the short bar. It and Maffei 1 anchor a group of galaxies just beyond our local group. Most are heavily obscured by dust, many, including Maffei 1 are virtually invisible in ordinary light and only seen to their true extent by infrared telescopes. 5 years ago I tried to image it and Maffei II but my technique was poor resulting in very little being seen and then with no color data. I need to try again. It was discovered by Edward Barnard on August 11, 1890.

On the east side of the galaxy below a string of blue starlike HII regions is a very red oval (mostly horizontal). Sure looks like an elliptical galaxy that\'s severely reddened from its natural red color. But NED shows only an HII region at this position. After a lot of processing various ways I have decided NED is right. It appears to really be two red stars not quite resolved and a red HII emission feature. While Hubble imaged parts of the galaxy it missed this area by about 1.5 minutes of arc. Close but no image to settle this. For now I\'ll agree with NED.

This marks the last of my December images, with only three due to severe cloud cover there weren\'t many. Fortunately January was a better month with 18 objects imaged over 5 imaging days, 12 being Arp galaxies. Not good but sure beats December with one imaging night that was cloud shortened. 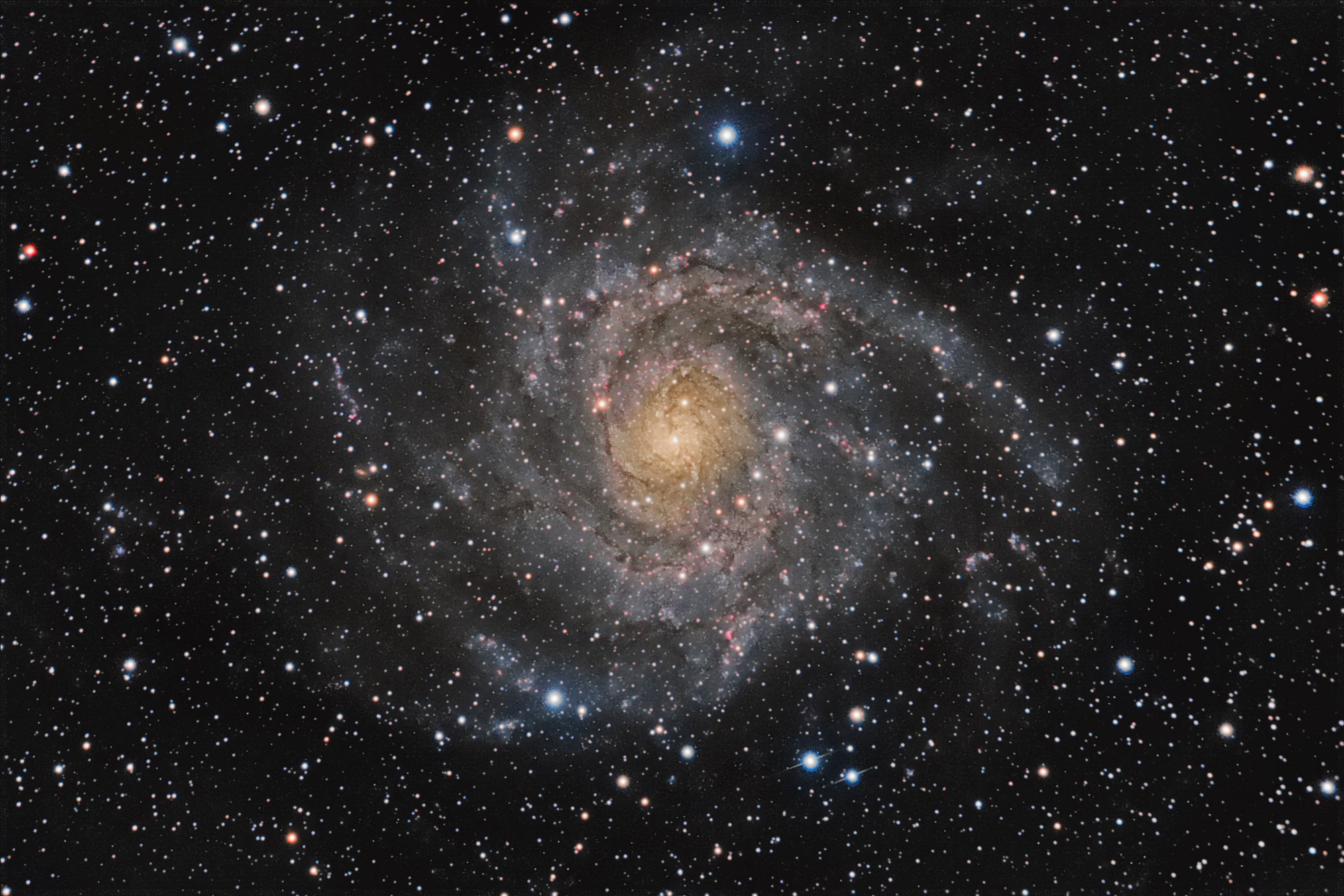