Barnard\'s Merope Nebula, aka IC 349 was discovered by Edward Emerson Barnard, perhaps the best visual astronomer ever and a great proponent of photography in astronomy. He found this nebula visually using the 36\" Lick Observatory refractor on November 14, 1890. Being so close to the very bright star, Merope, (0.06 light-years) it is a difficult object both visually and photographically. It should not be confused with the far larger, and much more obvious, Merope Nebula around the star. That is IC 1435. It fills much of my field of view being too large for my system. It was discovered by Stephane Javelle on July 25, 1892.

The flat side of the corrector in my scope creates horrid reflections around stars as bright as Merope making this nebula an extremely difficult target for me. This is my second attempt and came out somewhat better than the first one 7 years ago. Seeing just wasn\'t up to the task as has been the case the last couple years. The many wonky reflections played havoc with the color data. They also added a few \"features\" to the nebulae that envelopes the entire field. I made only a very basic attempt to correct the color issues. Don\'t consider the color as reliable. The new \"features\" I could do nothing about, the blue wide horizontal, slightly wedge shaped bar above Merope being the most obvious one. I moved Merope around trying to find the location of least \"new features\" but never found a spot that eliminated that bar. I\'d move Merope higher but the bar stayed in the same part of the chip. It was very uncooperative.

By far the best image of this nebula was taken with the Hubble Space Telescope in 1999. It plus more information on this curious nebula can be found at: http://hubblesite.org/newscenter/archive/releases/2000/36/image/a/

There are two asteroids in my image. Since they are hard to find, especially the faint one I did prepare an annotated image. As there were 11 2MASS galaxies in the image I noted them as well. Though none had any distance data or even a magnitude. There are other obvious galaxies in the image but they aren\'t listed in NED. Likely because they aren\'t bright at 2 microns, a requirement to make the 2MASS which is about the only survey NED includes that covers this part of the sky. 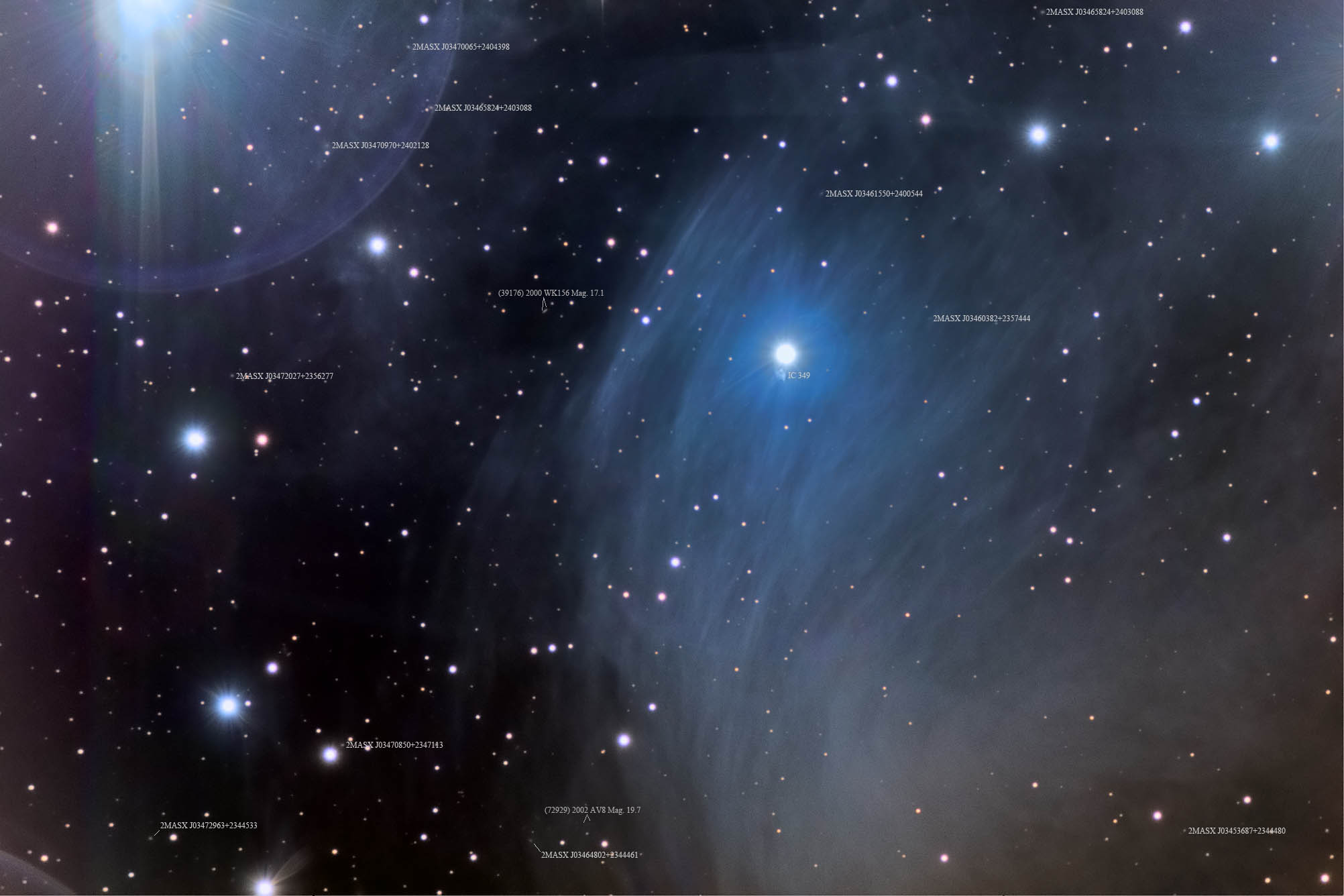 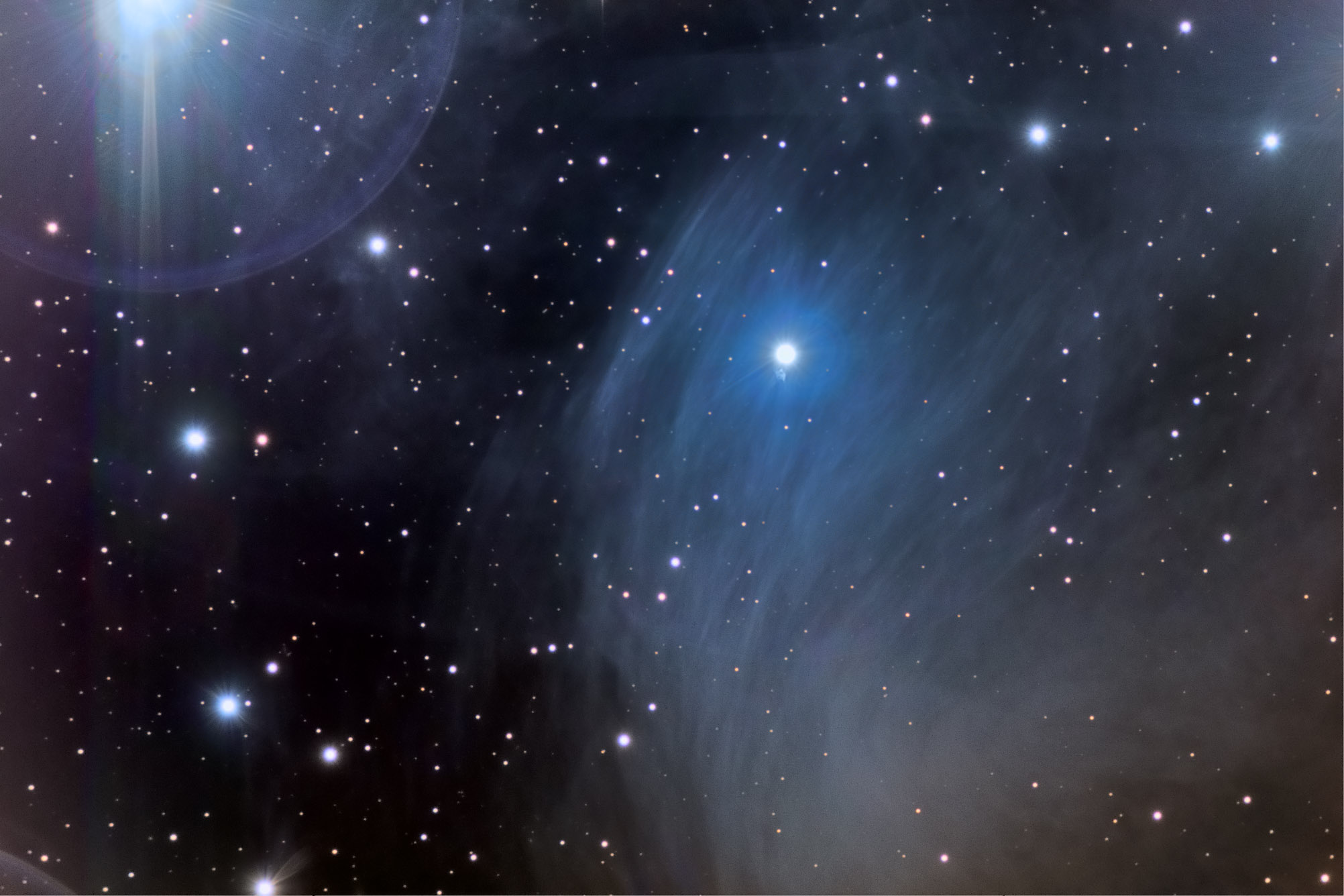 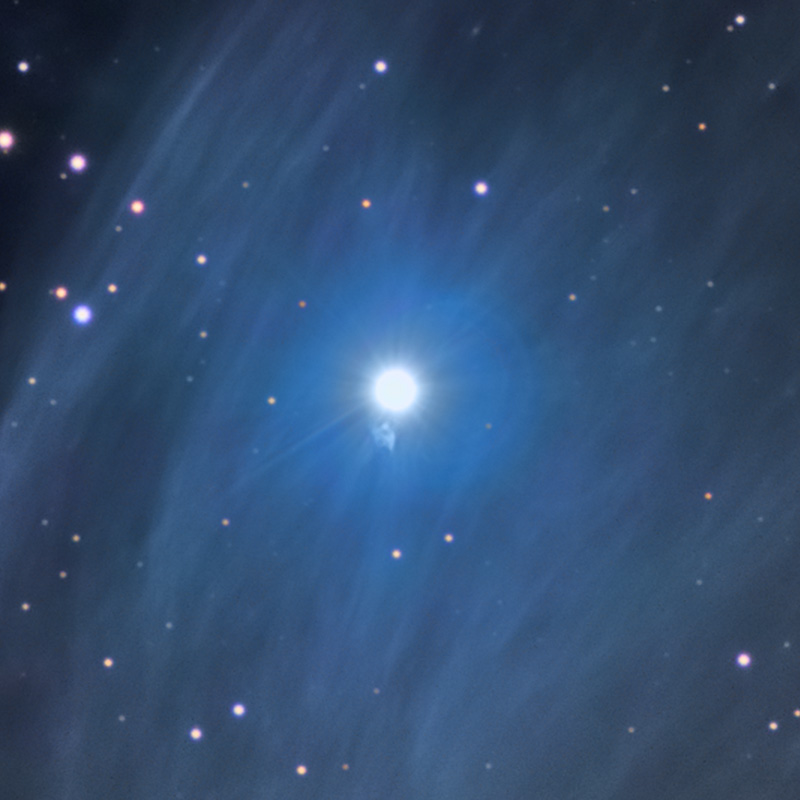