IC 405 is the famous Flame Nebula. It is a nebula lit by AE Aurigae, a 6th magnitude O9.5V Orion type variable star. Such stars erupt at irregular intervals and are often found associated with nebulae such as in this case. Though this one is brighter and more extensive than most. Such stars are usually very young and still finding their hydrogen fusing stage of life. AE Aurigae is the bright star in the image and varies between magnitude 5.78 and 6.08. O9.5V stars emit most of their light in the ultraviolet range. This excites the hydrogen and other gasses it has emitted to glow, mostly red for hydrogen and cyan for OIII emissions. But being so bright they can illuminate the dust and gas as well. Being very blue and because the dust and gas molecules are very small the reflection nebula this creates is blue. Most take this nebula in narrowband picking up the emission lines but missing the reflection portion. I didn\'t use narrowband for this image as the hydrogen emission is quite strong in the area I took so I didn\'t need narrow band filters for the fainter parts outside my frame.

The nebula is said to be about 1500 light-years distant which fits the Hipparcos data for AE Aurigae which is 1456 light-years. That would make my field of view about 14.7 light-years across at the 1500 light-year distance. The nebula was discovered by John Schaeberle on March 21, 1892. Apparently, the glare of AE aurigae helped hide it from view. He found it on a photographic plate taken with the 6\" Crocker-Telescope at Lick Observatory. It is the only IC object he ever discovered. Since I\'d not heard of this instrument here\'s a link to a picture of it http://www.klima-luft.de/steinicke/ngcic/persons/pic_obs/lick_crocker.jpg

This was one of my first images after moving to color. The data goes back to the fall of 2006. At the time I didn\'t realize using 5 minute sub exposures created a lot of read noise issues drowning out faint features unless I took a lot of them, so I did just that. Today, using longer subs it wouldn\'t need the 125 minutes I gave it for luminance data. Still, it came out so well after reprocessing, I\'ve not felt a need to retake it.

There is one asteroid in the image, it is (13918) 1984 QB at magnitude 16.9. It appears faint because at the time I didn\'t realize that stacking 25 frames would mean it appears in only one of 25 frames so averaging them would mean their brightness would be dimmed greatly. I now do it differently to preserve their brightness. While I reprocessed this image I used the original stack. 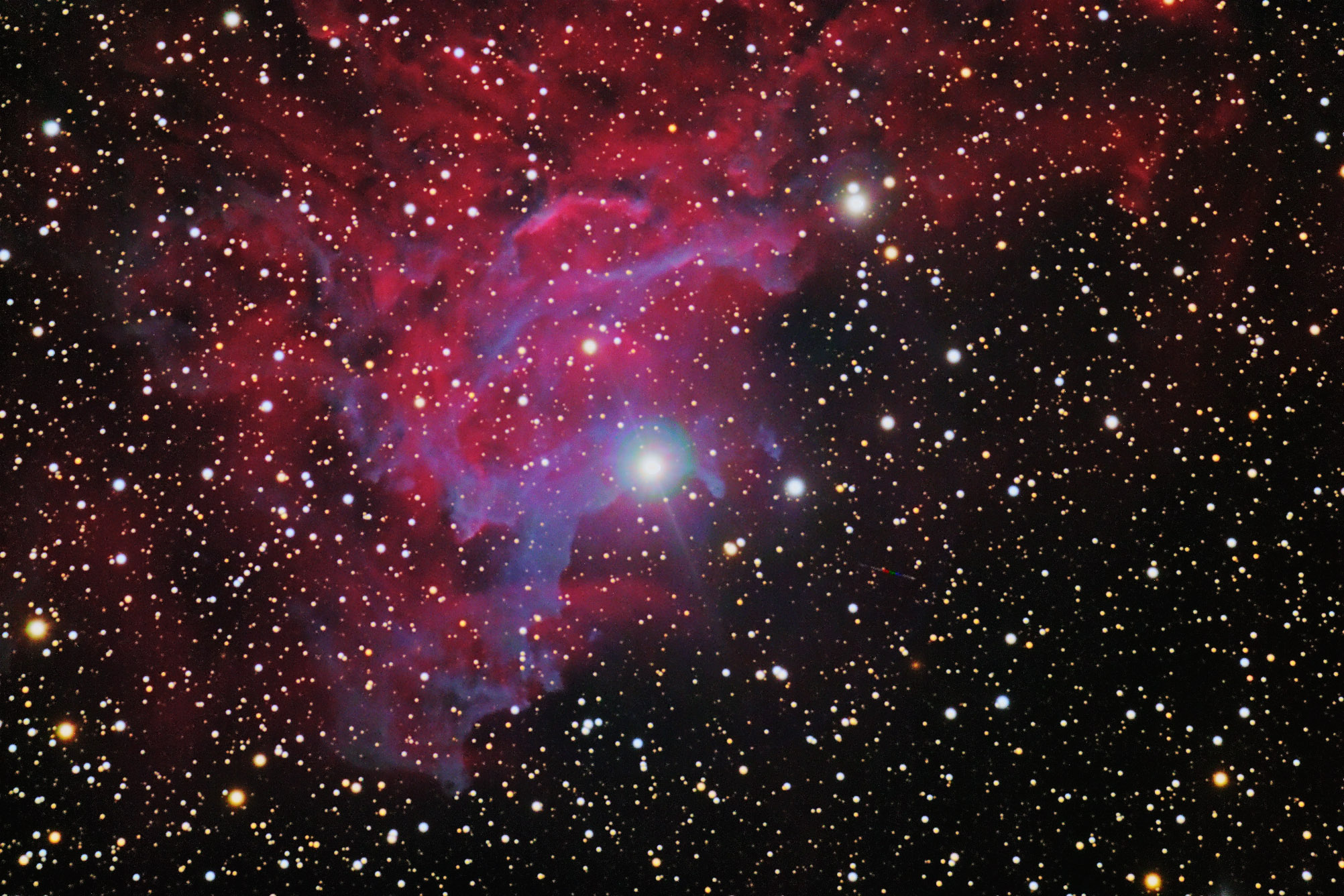