IC 417 is a nebula in Auriga that I\'m going to say is about 10,000 light-years distant. It was discovered by Max Wolf on September 25, 1892 and included in his paper on extended nebula he\'d discovered. Though, in any scope of his size, it is the open star cluster that is easiest to see. So while the IC 417 designation applies to both the nebula and cluster it is really just the nebula Wolf was including in his find. The cluster does carry the separate designation of Stock 8.

The stars of the star cluster are eroding the nebula with their intense light. Notice the dark regions are surrounded by bright blue structures showing they are under attack from the intense ultraviolet light of these stars. While stars are trying to form inside these dark clouds it is a race to see if they can form before the cloud is torn apart by the radiation of already formed stars.

The common name for this nebula is the Spider Nebula. It has a nearby companion nebula (out of my frame) that is called The Fly, NGC 1931). The red filament going off to the left side of the image points right to it as if it just broke off from a spider silk and is getting away. An APOD image of both can be seen here https://apod.nasa.gov/apod/ap100113.html

The brilliant K4III star composed of 2 5th magnitude stars sent a nasty halo across much of the image making much of the LRGB data difficult to use. My newer filters that have much less of a halo issue would likely allow me to get a better image but that hasn\'t happened so I\'ll go with this image after many hours of struggle to clean up the damage. 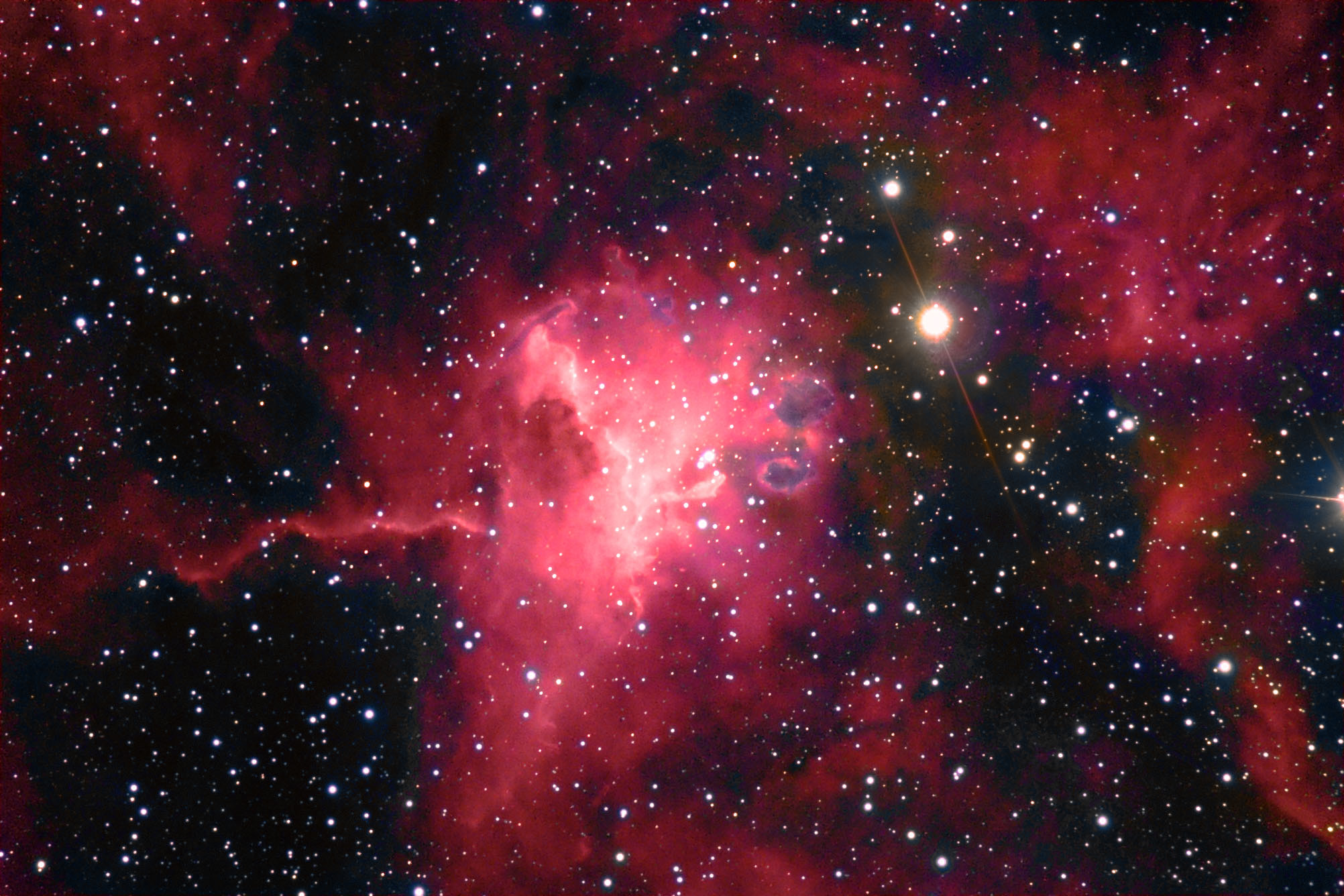