IC 426 is a reflection nebula in Orion, likely illuminated by Mintaka, the right hand star in Orion\'s belt. Like nearly all the nebulae in Orion, it is part of a vast cloud of dust and gas about 1300 light-years distant. The little piece that is IC 426 is about 2 light-years across. It is commonly seen in wide angle images of Orion\'s Belt -- the one in the sky not the one in \"Men in Black\". But no one seems to pay it any attention mentioning far more commonly seen objects in the field while ignoring poor IC 426. If it were anyplace else in the sky it would likely not be so overlooked. There appears to be a rather odd blue \"jet\" coming out of a blue star on the left side of the image. This is due to the star hitting a dust spec on the optical window in front of the sensor. It\'s not real.

The nebula was discovered by Williamina Flemming on June 27, 1888. 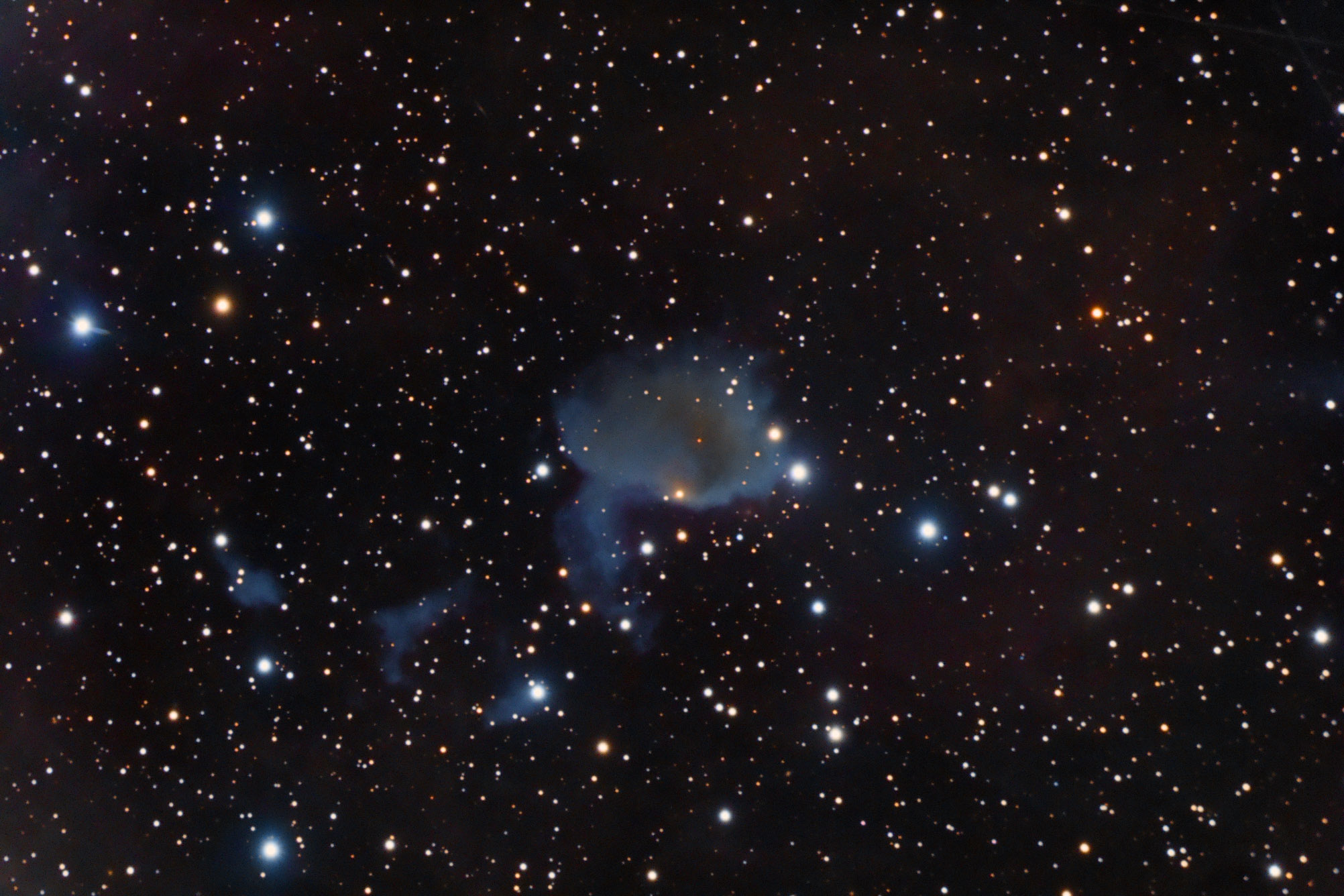