This one was taken when I had a severe light leak in the camera that created a nasty gradient and blew out red features causing red arcs around many of the stars. At the time I didn\'t have the tools to deal with this. To help reduce the issues this caused I\'m reproducing this one at 1.5\" per pixel rather than my normal 1\" per pixel. I need to retake this one but don\'t hold your breath. 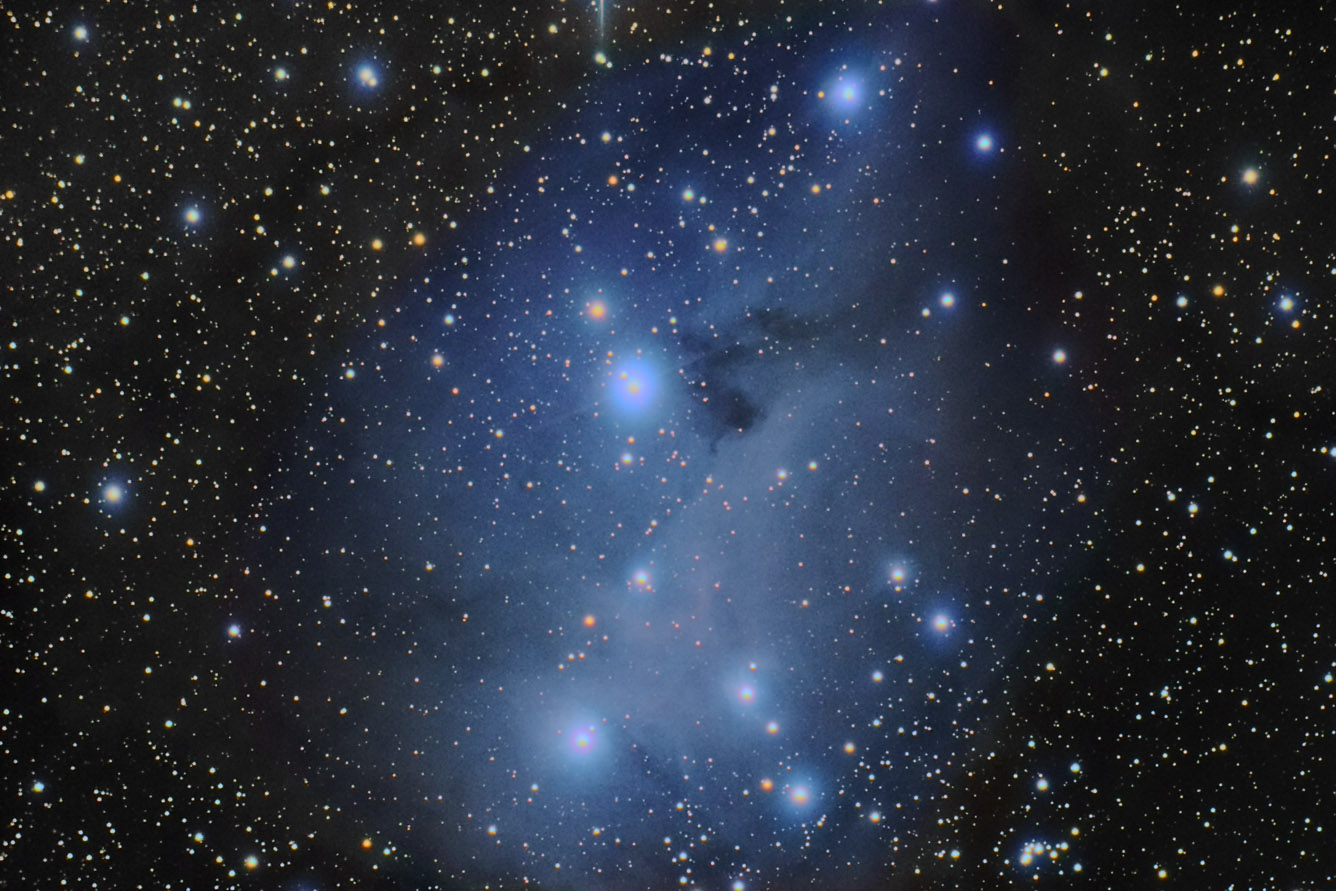