IC 466/Sh2-288 is a small emission nebula in central Monoceros. I found three different distance estimates. Two say 3000 parsecs (about 10,000 light-years) and one says 4100 parsecs (13,000 light-years) give or take 6500 light-years which more than overlaps the two other estimates. Several sources say it is illuminated by an O9V star but not its designation or coordinates. Is it the blue star to the northeast, is it the star that appears to be in the center of the nebula or is it some other star? I couldn\'t find an answer to that.

If the 10,000 light-year distance is assumed it is about 6.5 light-years across. Rather small for most emission nebula. Besides the two designations above it is also known as LBN 1013 and Min 2-63.

The nebula was discovered by Stephane Javelle on February 18, 1893. He described it as an \"11.5 magnitude star in a very faint nebula.\" He often used the 30\" refractor at Nice Observatory in finding some 1300 IC objects. If this description was made with that scope it must be a difficult visual object. 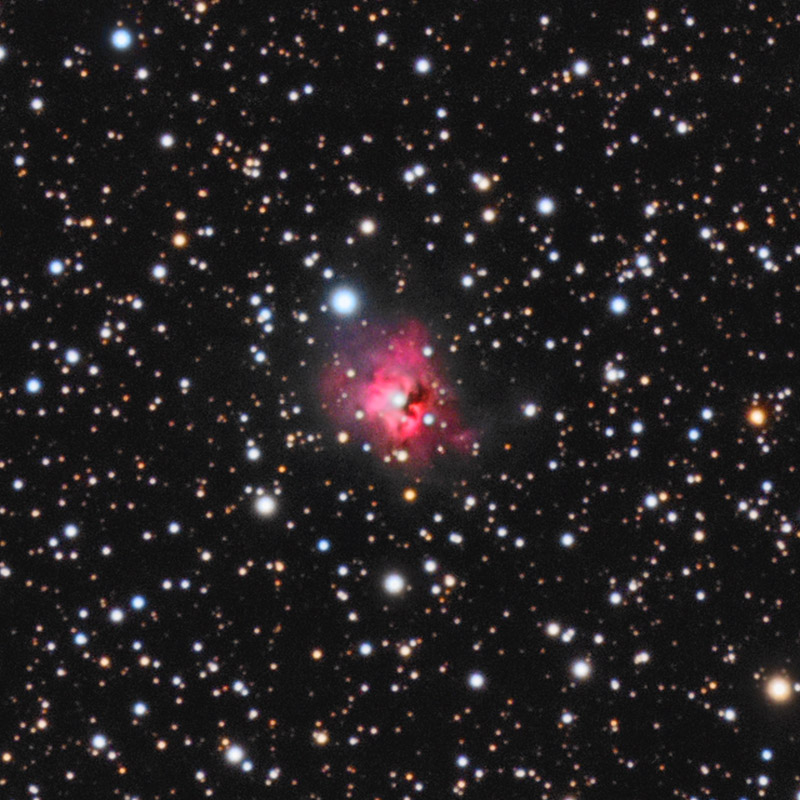 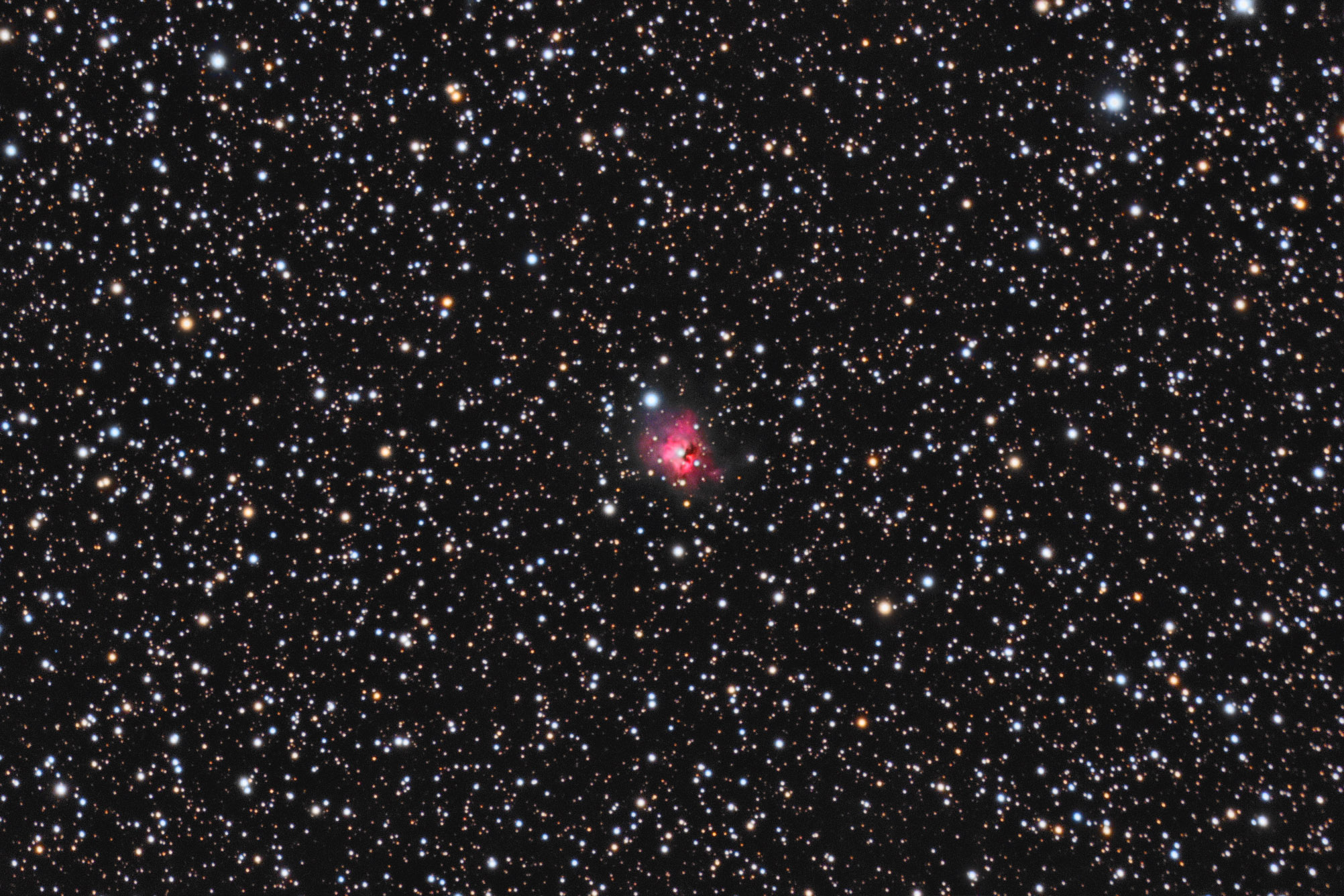