When I imaged NGC 2336 in 2013 I noted some references said it was a non-interacting pair with IC 467. That caused me to put that galaxy on the to-do list. It was finally taken last March. Since my field is 20 minutes high and NGC 2336 is 20 minutes, mostly north of IC 467 I couldn\'t fit them into the same field. Even rotating the camera wouldn\'t do it due to the large angular size of NGC 2336. Both of these are located in Camelopardalis only 10 degrees from the north celestial pole. NED shows a redshift distance for IC 467 of about 95 million light-years with non-redshift measurements at 105 million light-years. They classify it as SAB(s)c:. Seligman agrees but leaves of the questioning colon. The galaxy was discovered by William Denning, an English astronomer, on November 7, 1890. It was one of 17 new IC objects he found using a 10\" reflector.

Since it has been considered a companion of NGC 2336, even though the images were taken over 2 years apart I did manage to mosaic the two together without reprocessing the NGC 2336 image. Though it was taken under better seeing the two merged without any adjustment to either. Though that makes the seam obvious if you look for it. I\'m just too tied up for time to reprocess to match. Apparently, I processed them very much alike. Not sure what that says about my improvement in processing over the last two years. Redshift data puts NGC 2336 at about 100 light-years with its non-redshift measurements at 105 million light-years. Thus it is quite likely the two are a gravitationally bound pair. There may be other dwarf companions but with no redshift data for any other galaxy in the field, I can\'t identify any candidates. NGC 2336 was discovered by Wilhelm Temple in 1876. I couldn\'t find any better date. It is classified SBbc by Seligman and SAB(r)bc;RET Sy2 by NED. I covered what a retired nucleus was in an earlier posting but it is basically one in which starburst activity has ceased as has nearly all star-forming activity near the core. Though the black hole seems to be still feeding rather well since it is a Seyfert 2 galaxy. My post from October 4, 2013 is at: ( http://www.cloudynights.com/topic/436033-ngc-2336-a-rarely-imaged-beautiful-spiral/ or http://www.spacebanter.com/showthread.php?t=199390 )

With no other galaxies having any data at NED I didn\'t prepare an annotated image. 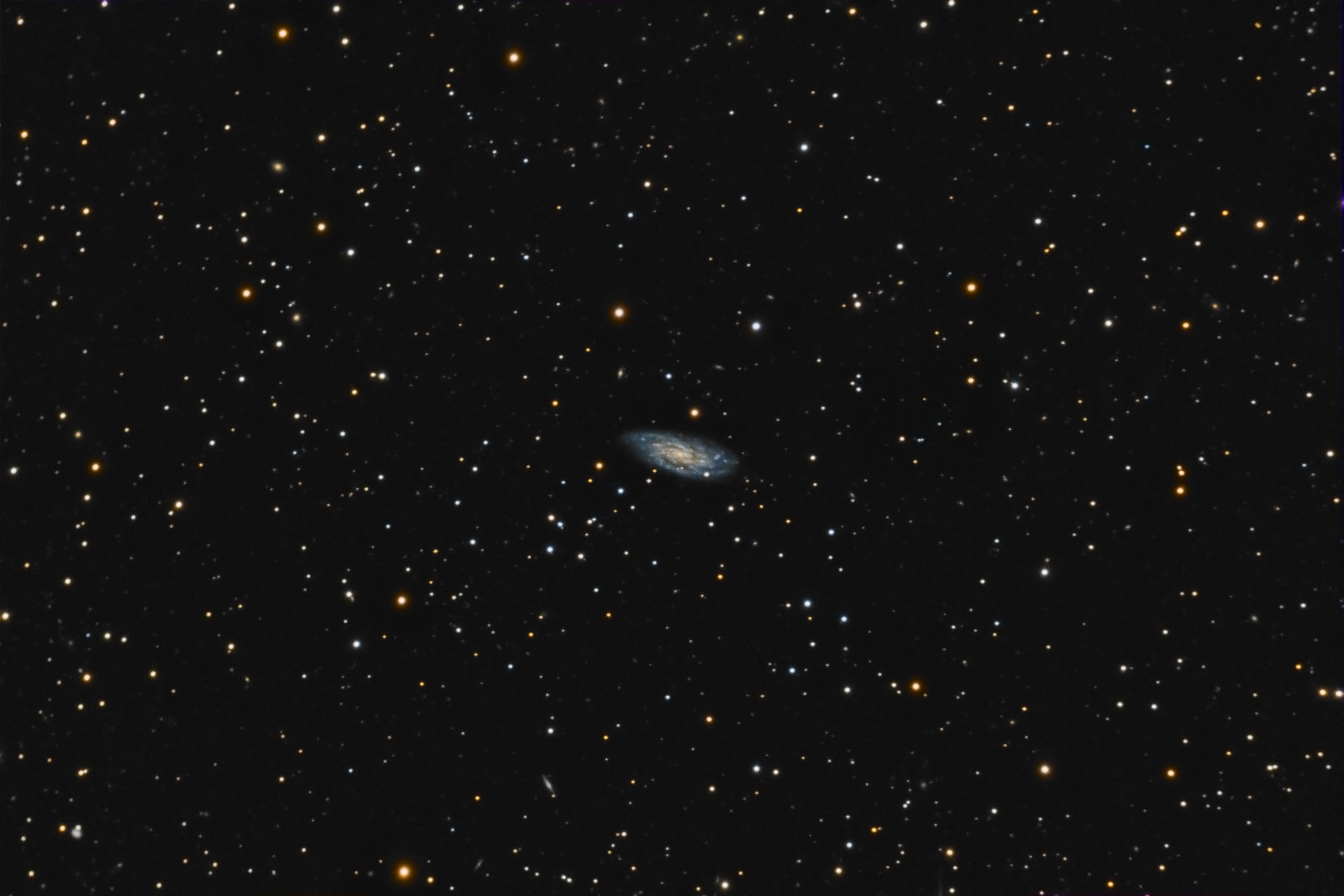 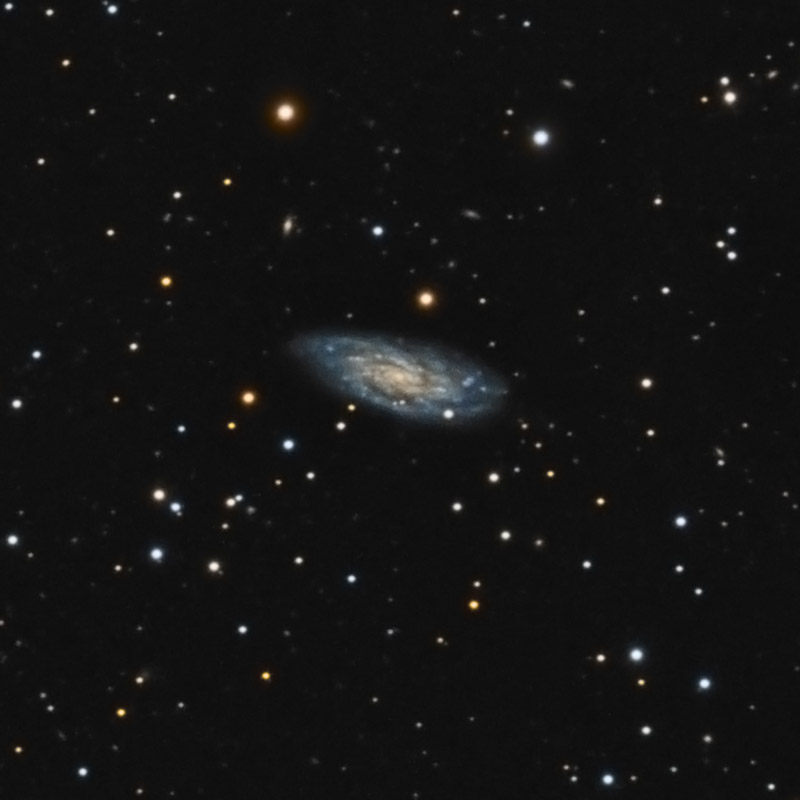 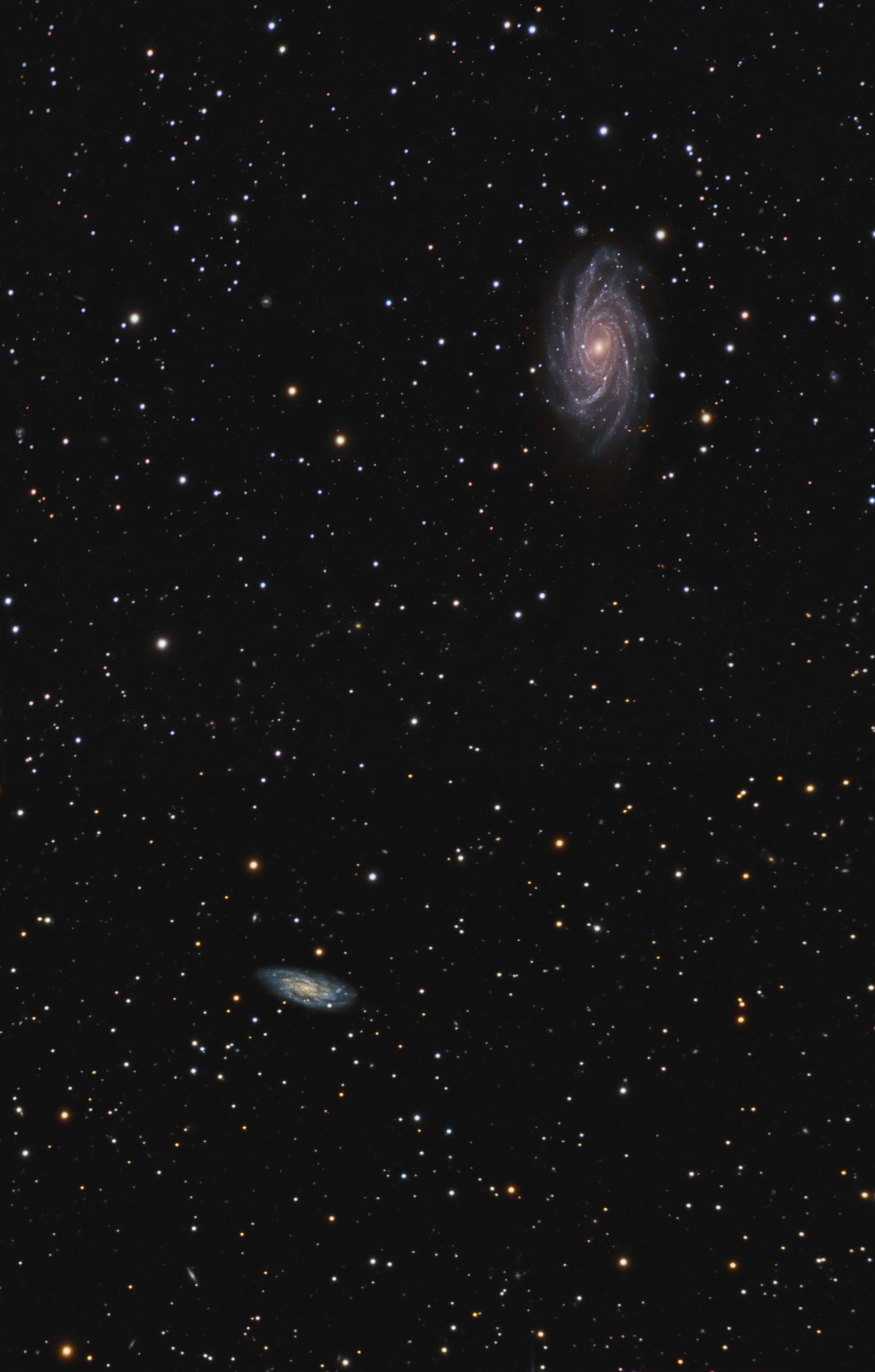