IC 673 is a huge very low surface brightness galaxy in southern Leo less than a degree east of far more well known NGC 3521. Redshift puts it 190 million light-years distant while non-redshift measurements put it 220 to 260 million light-years distant. Since the smaller redshift distance still results in a galaxy that\'s over 200,000 light-years across I\'ll go with the smaller figure. NED and others show the galaxy as (R\')SAB(rs)c with HII emission. It was discovered on April 22, 1892 by Stephane Javelle. NED shows what it calls a galaxy in a faint part of an arm on the southeastern side of the galaxy. They give it the same redshift as IC 673 which leads me to think it is just part of the galaxy, likely an HII star forming region given its NELG status which stands for Narrow Emission Line Galaxy. An HII region would most likely have narrow line emission thus I put a question mark after NELG indicating I\'m not convinced it is a very small dwarf galaxy.

The field is full of Emission-Line Galaxies some are Narrow Line AGN\'s some Broad Line AGN, others are just listed as Emission-Line galaxies. Many of the latter lie at distances with a redshift value of 0.5 and greater. At these distances, the redshift (z) value is a better distance indicator than is the look back time distance I also show. There are so many of these down past 23rd magnitude that thanks to better transparency than I\'ve had in a long time (but a bit below average seeing) show up in the image. At first, I was annotating them all then realized there were several hundred of these in the image and if I showed them all with z values the image would be so cluttered as to be nearly unreadable. So I stopped showing those fainter than 22nd magnitude. That still made things cluttered so I dropped to 21.5 magnitude. Since I labeled from the center out the fall off comes toward the edges.

A rather strange galaxy showed up north of IC 673. It is MGC 16639 at 380 million light-years. It might be a polar ring galaxy. I\'d love to know what it looks like to the HST but so far no images are in the Hubble archive for it. In case you\'ve forgotten MGC stands for the Millennium Galaxy Catalog. Galaxies without a catalog designation were only found in catalogs that use their position for the name. Those are so long that with the z values as well which many of those needed it wasn\'t reasonable to include them. Things were already so cluttered I had to resort to a bent line leading to the core of a galaxy cluster as a direct line I drew made some other objects information unreadable. I was constantly moving labels and redrawing lines to make this one readable so it took me almost three times as long as normal to create.

It was a good thing it was a good transparency night as 7 asteroids down to 22nd magnitude showed in the image. Though you\'d be hard pressed to find them because all were right at the end of their retrograde motion and thus virtually motionless. Some moved only a couple seconds of arc during the 40 minutes luminance data was taken. Even the brightest at magnitude 19.5 barely shows but a very short trail. A couple were so short only one line was possible as they were only two pixels long to the lines just overlapped making one broad line when I tried to do that. Only one asteroid was named and it wasn\'t the brightest. Though you can\'t say that about the person it is named for. Here\'s the naming citation: \"(32047) Wenjiali = 2000 JW28 Wenjia Dara Li (b. 1998) was awarded second place in the 2015 Intel International Science and Engineering Fair for her plant sciences team project. She attends the Plano West Senior High School, Plano, Texas, U.S.A.

This is my first May image. I hope the two others taken this night went as deep. I was beginning to give up being able to catch things below 22nd magnitude again. 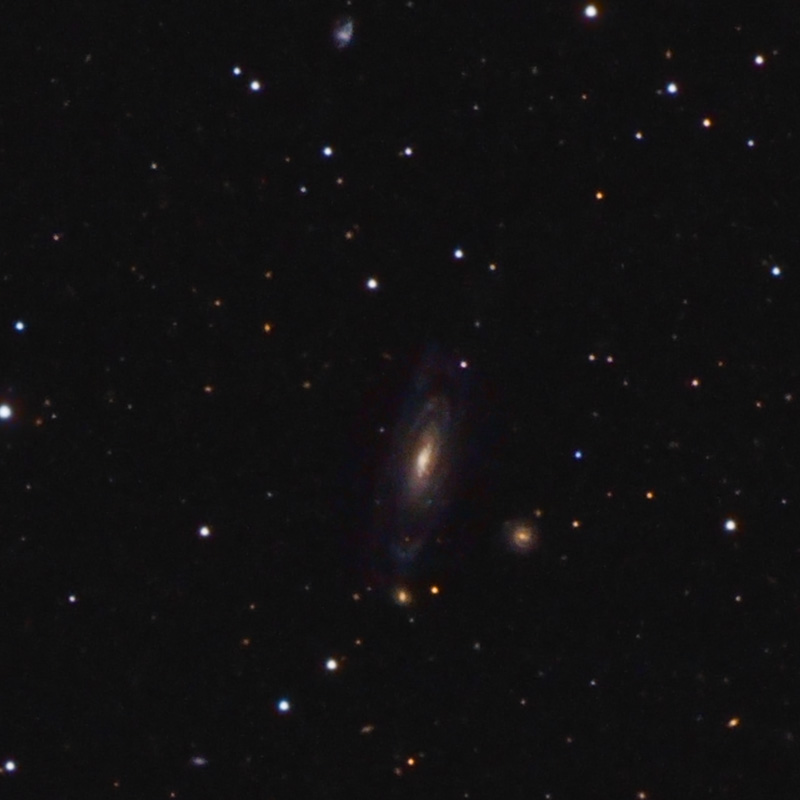 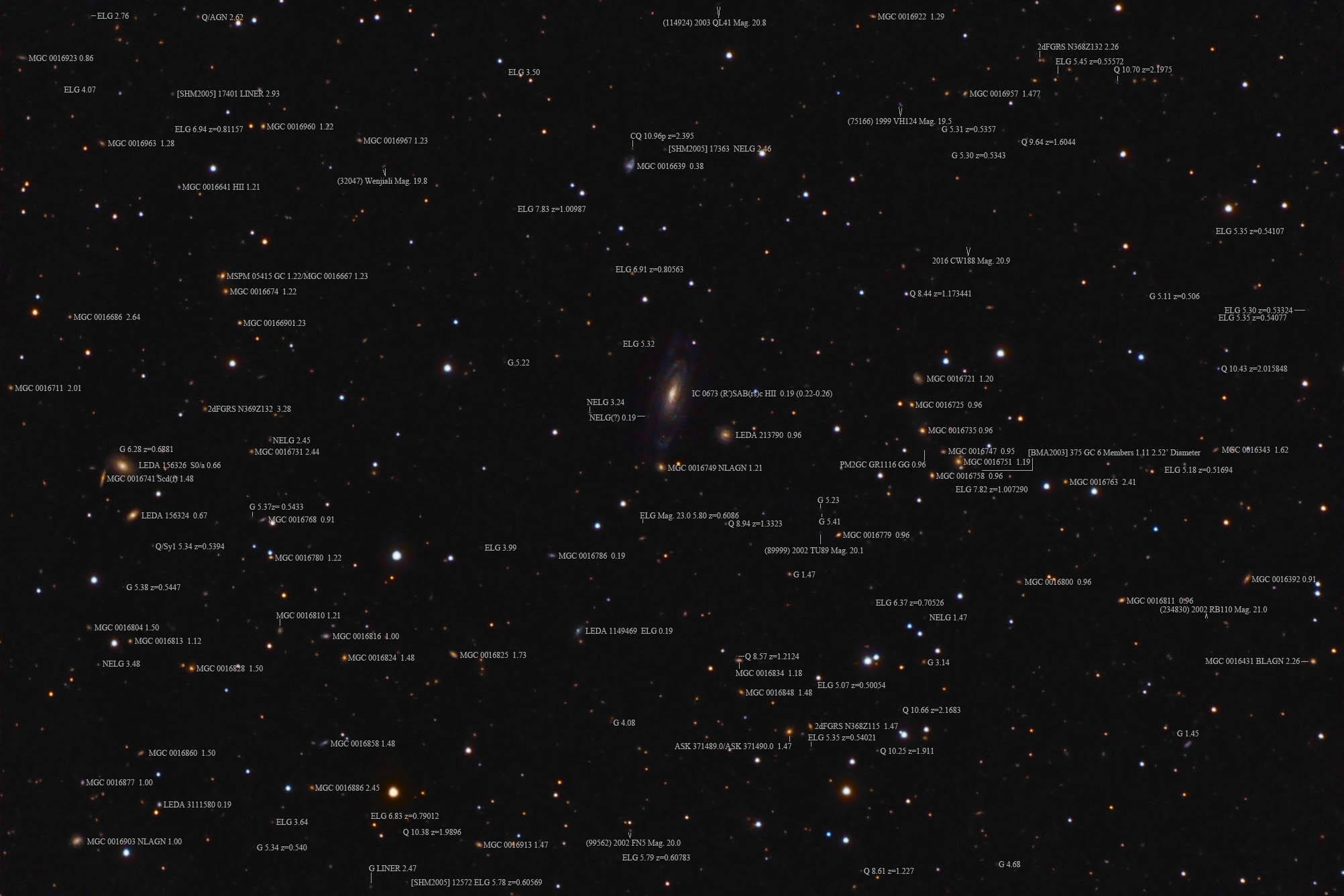