IC 720 is a double galaxy in northwest Virgo about 310 million light-years by redshift. Unfortunately, it has an identity problem. All agree IC 720 is the upper galaxy, NED and others say it is both. NED says the northern galaxy is also LEDA 93112 while most others say that is the southern galaxy and the northern is PGC 36333. Other combinations can be found in various sources. I went with both being IC 720 and the southern being PGC 93112 as that seems to be the most common way of referring to these two. Note the southern galaxy is somewhat bluer than its red companion to the north and shows a hint of spiral structure to the southwest. Several other galaxies also it the distance of IC 720 can be seen, mostly the northeast of it, including the spirals IC 722 and likely IC 724 among others.

Due to overlap, I can\'t measure the size of the two members of IC 720, just the combined size of 100,000 light-years. Based on color I assume the lower galaxy is somewhat in front of the northern galaxy. They were discovered by Rudolf Spitaler on March 25, 1892. Spitaler also discovered IC 722 the same night but confused as to the reference star got the position wrong. He also found IC 724 but on the previous night. Again using the same wrong reference star got the position wrong. This makes me wonder if all were found the same night, just that IC 724 was found before midnight. IC 722 is a bit over 100,000 light-years in size while IC 724 is twice as big at a bit over 200,000 light-years if the redshift distance is correct. Non-redshift measurements put it closer at 230 million light-years. That would reduce its size to a more reasonable 160,000 light-years.

There are many more galaxies in the image. I wish I had a better image of LEDA 4074690 that appears to be a member of IC 720\'s group. It is near the center of the image. What interests me is the core is very sloshed being well east of the galaxy\'s center. Is this due to an interaction with some other member of the group? I don\'t see any obvious candidates but for possibly IC 724 which looks a bit disturbed. With LEDA 4074690 being only about 37,000 light-years in size it wouldn\'t have much effect on the far larger IC 724.

There\'s another galaxy group in the image in the lower right corner at 1.30 billion light-years. Two asteroids are also in the image. (55053) 2001 QV68 at near 20th magnitude makes a very short trail to the right and a bit up from IC 722. The short trail indicates it is near the start or end of its retrograde motion. Much brighter (39429) Annebronte in the upper left corner makes a short vertical streak showing it is right at the end of its retrograde motion. Note both trails are very uneven showing how transparency varied from good to horrid several times during the 40 minutes luminance data was taken. The naming citation for it reads: \"(39429) Annebrontë = 4223 T-2
Anne Brontë (1820-1849) was the third, last and least well known of the literary sisters from northern England.\" 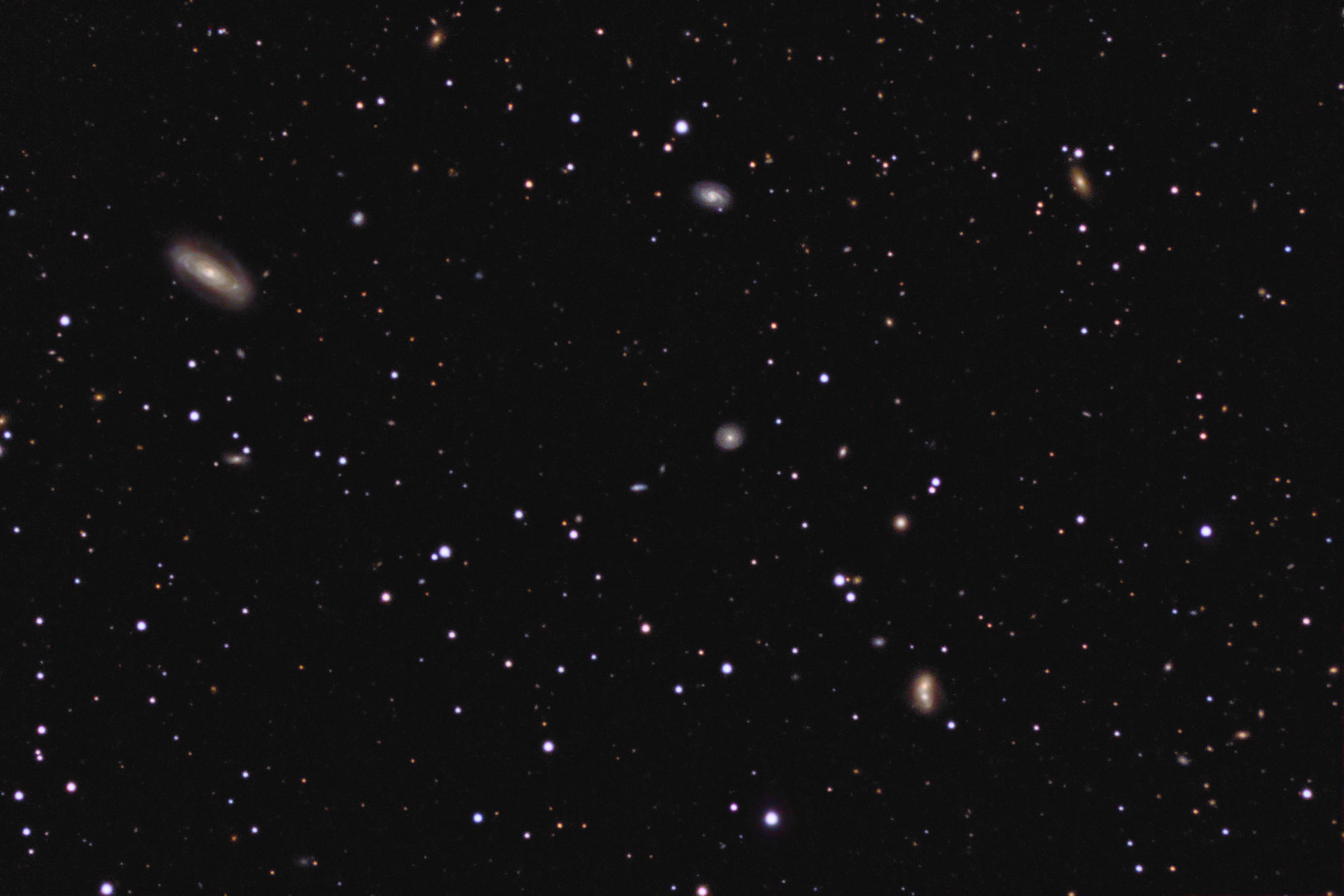 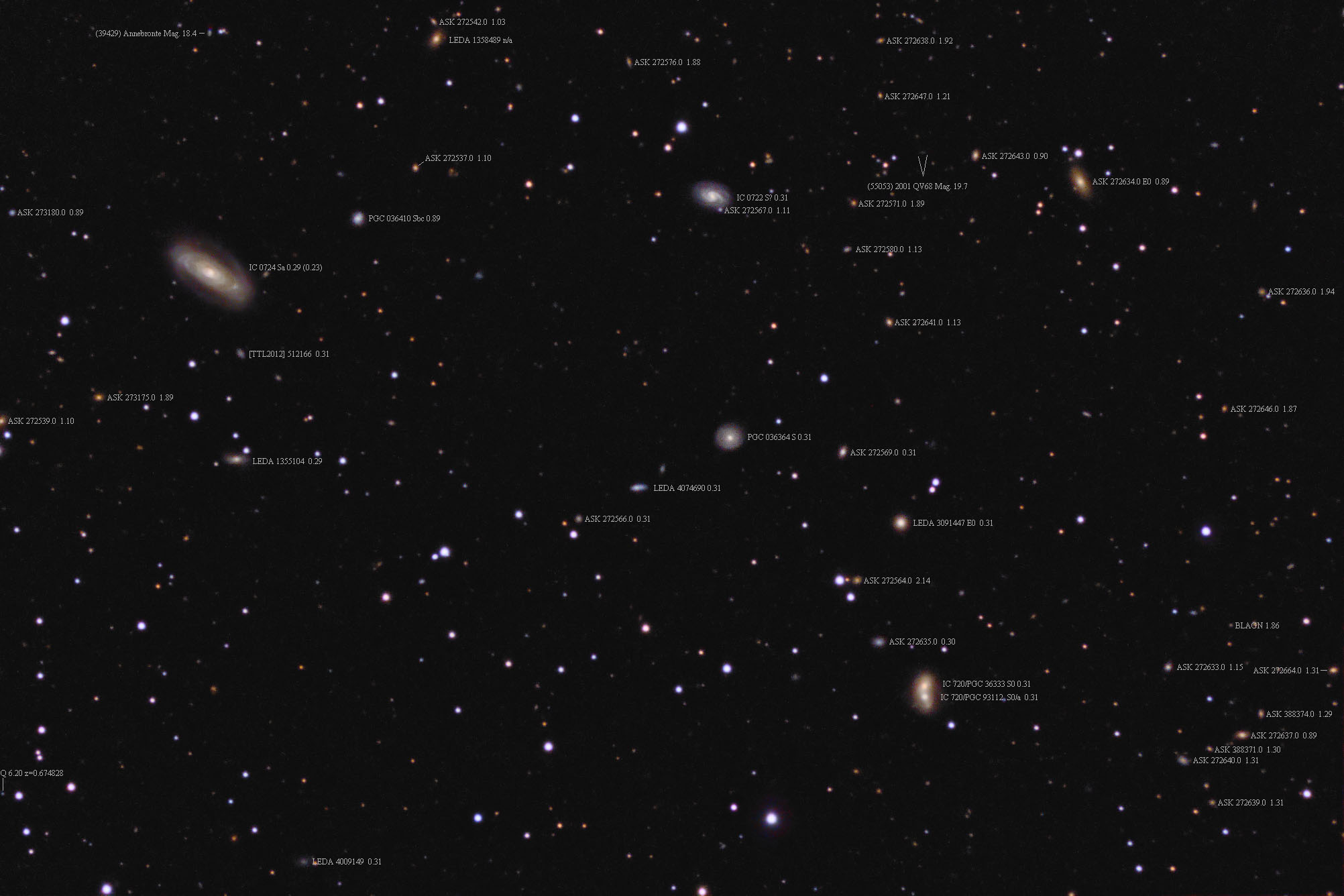