The group and other members of the same local group are about 260 to 270 million light-years distant by redshift. They are located in Bootes, just 1.6 degrees southeast of Arcturus. The annotated image lists all galaxies and quasars NED had redshift data on. Also included is an object noted as RCQ for Rejected Candidate Quasar. Though in another place NED shows it as an actual quasar. Also, the redshift apparently is by spectroscopic means as NED usually notes when other methods are used. Since that puts it nearly 12 billion light-years distant, if right, what else could I detect at that distance? Also, I picked up one asteroid listed by NED as being a calculated 19.7 magnitude. That appears to agree with my data though I\'d put it a couple tenths of a magnitude brighter. 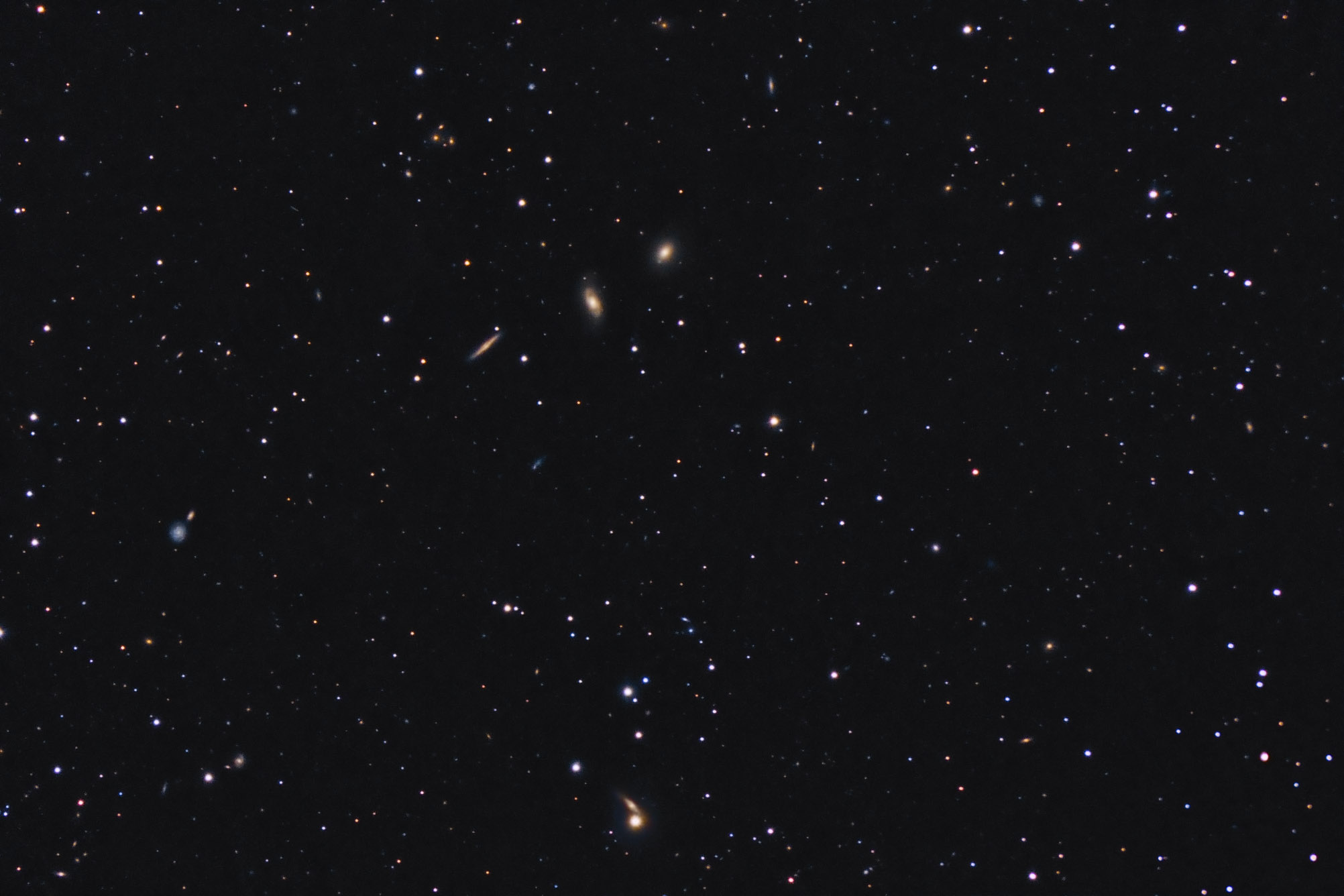 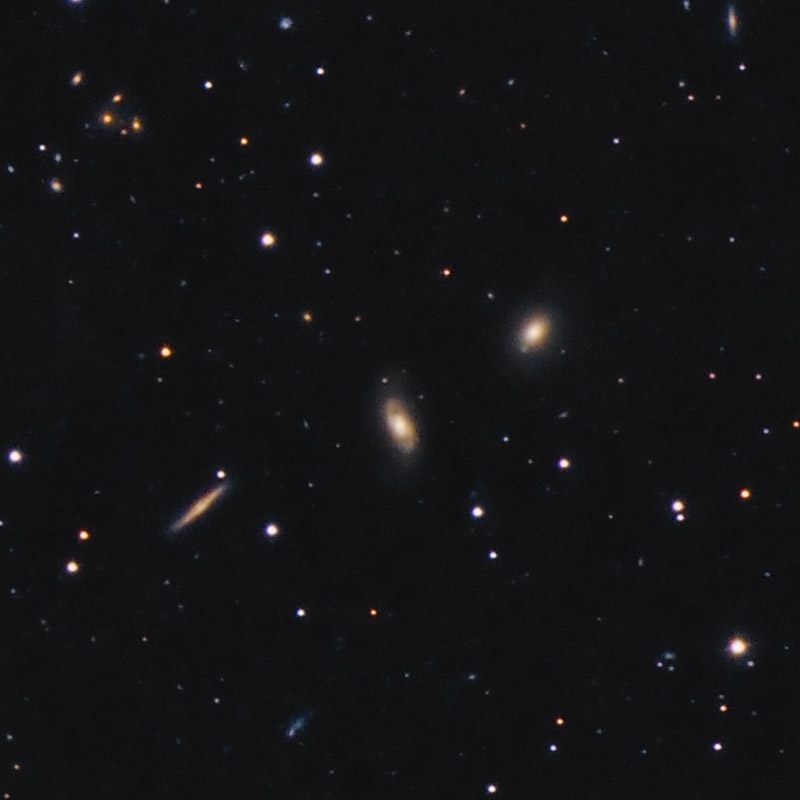 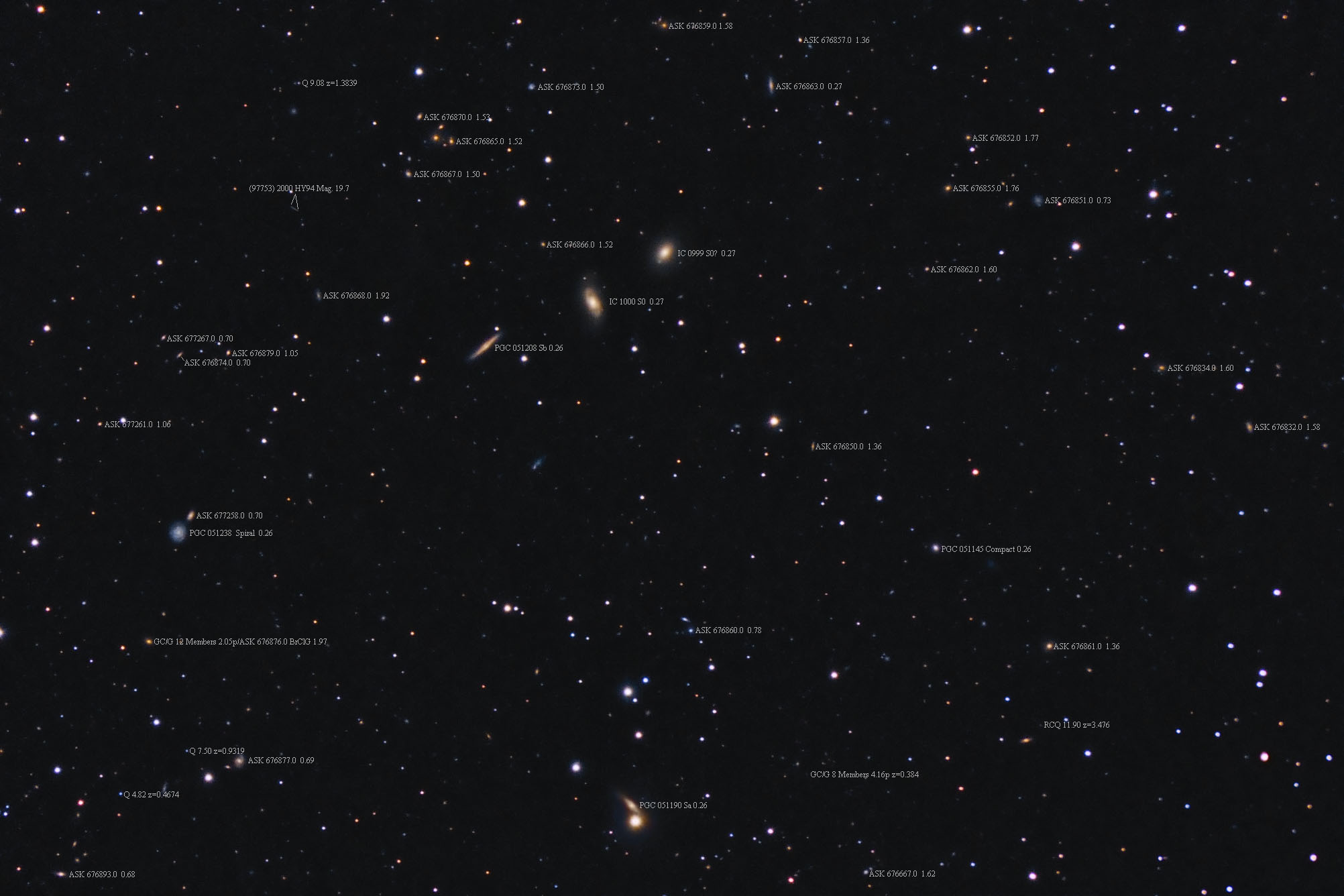